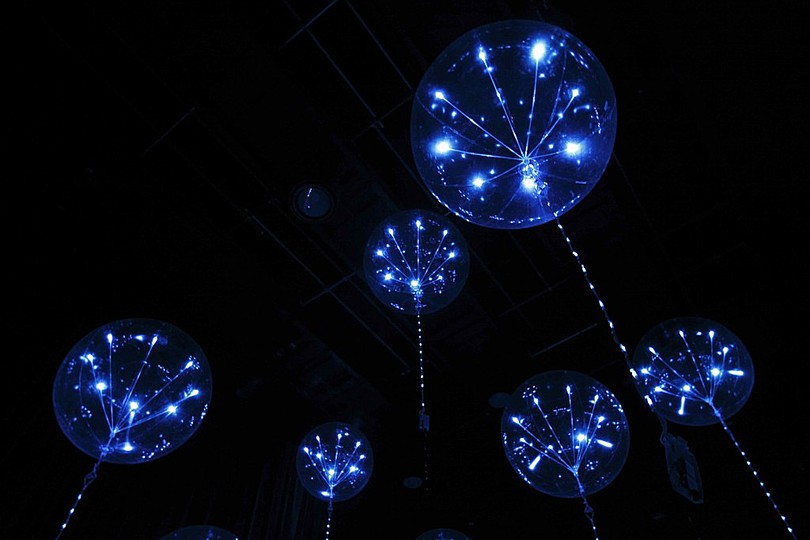 The Elements in Design
A short history of bubbles

& collect
Francesco del Monte, born in Venice into the noble Tuscan family Bourbon del Monte, was a remarkable personality: amateur alchemist, cardinal of the Roman Catholic church, glass collector and unofficial intermediator for the affairs of the Medici in Rome. He was a great patron of the arts and sciences, and among the many talents he supported were two very remarkable ones: Galileo Galilei and Caravaggio. Francesco del Monte had a beautiful garden villa at Porta Pinciana in Rome, and there he had a small, vaulted alchemy workshop for which, sometimes between 1597 and 1600, he commissioned young Caravaggio to paint a ceiling mural. Caravaggio, extravagant and highly gifted, depicted the gods Jupiter, Neptune and Pluto in an extreme foreshortened perspective, and he placed a translucent bubble in the center: a celestial sphere in which the sun, representing fire, revolves around the earth. In the symbolism of the alchemists, Jupiter stood for air, Neptune for water, and Pluto for earth. Not only the perspective, also the depiction of the bubble’s intricate light refractions have not been seen before - Caravaggio possibly consulted the scientists in del Monte’s salon, Galileo Galilei and Giovanni Battista della Porta, to achieve his stunning result. The Cardinal’s garden villa, later called Casino Aurora, became a fixture on the Grand Tour in the 18th century and was visited by personalities such as Goethe, Stendhal, Gogol and Henry James. However, they might not have seen Caravaggio’s mural: it was rediscovered only in 1969. Francesco del Monte’s other famous beneficiary, Galileo Galilei, went on to discover that air is not, as it was assumed until then, weightless, but has a weight (he defined it as 1/660 the weight of water). To come to this conclusion, he used a bubble filled with air, made from a pig’s bladder. He also found that Copernicus was right and the earth revolves around the sun - to the dismay of the church and at the cost of his career. Del Monte had a hand in picking extraordinary talent, but he could not protect Galileo, his greatest protege, from his contemporaries’ conviction that it was them who are sitting in the center of the universe. The celestial bubble, the focal point of Caravaggio’s mural, was the very artifact to represent the universe. The idea of the universe as a bubble is still around: also physicists today think of the universe as a bubble; it just contains a lot more more than one earth and one sun - where it is observable, the universe holds 400 billion billion suns and many more planets.
share A short history of bubbles
g t l v w f
penccil.com/gallery.php?show=10360 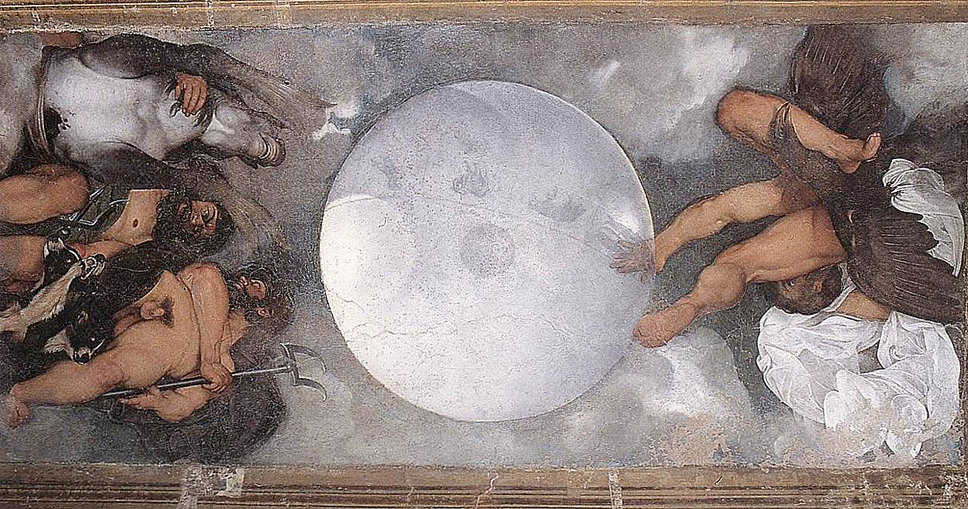 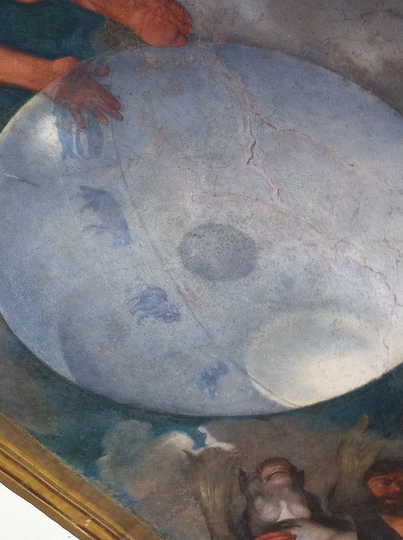 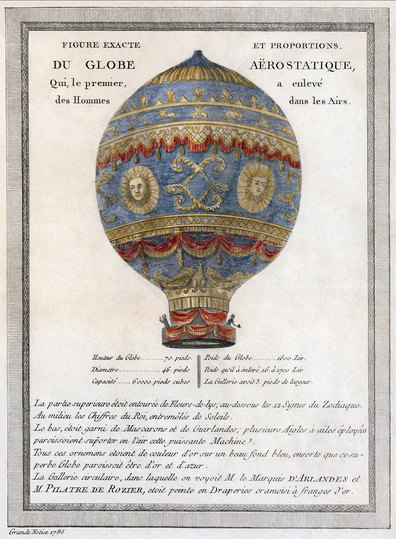 In 1720, Bartholomew Gusmao allegedly built a flying machine propelled by hot air and flew it himself in Lisbon in front of the Portuguese royals. In 1783, the brothers Montgolfier constructed a balloon made from sackcloth and paper, held together by cord. They attached a basket with a sheep, a duck and a rooster and demonstrated its flight to King Louis XIV and Marie Antoinette at Versailles palace. The bubble was flying now. 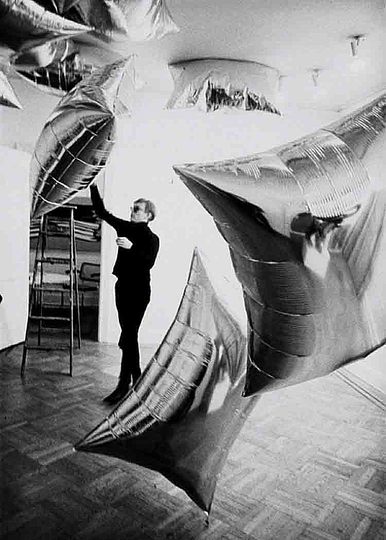 It was again in the sixties of the twentieth century that capturing air became fashionable. In tune with the free-spirited theme of the times, bubbles inspired designers of a whole generation. In 1966, Andy Warhol showed his ‘Silver Clouds’ - helium-filled mylar cushions - at Leo Castelli's gallery in New York. (Andy Warhol, Silver Clouds, 1966) 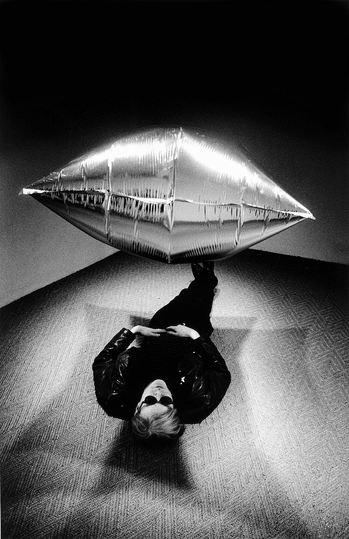 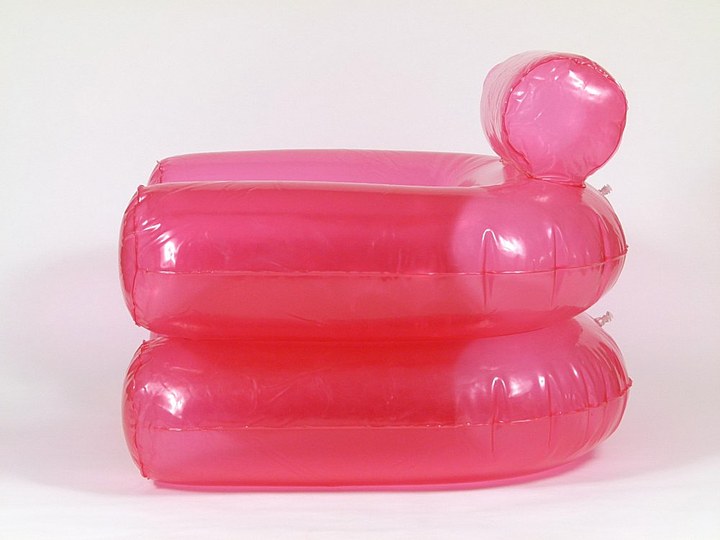 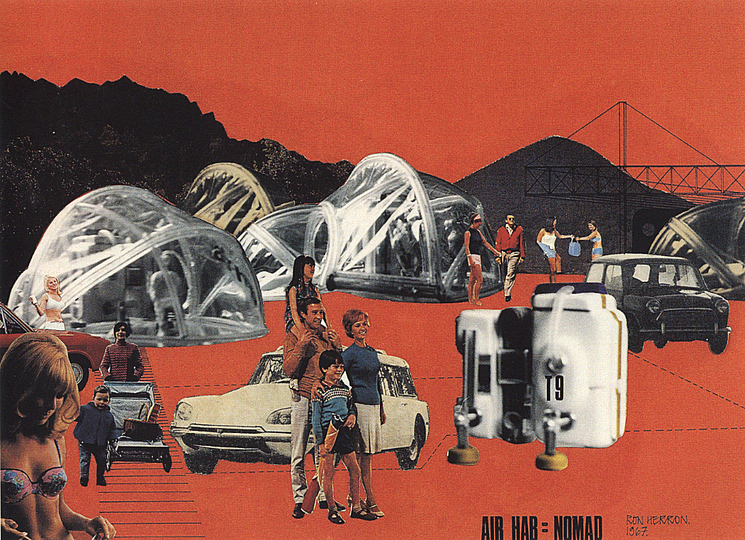 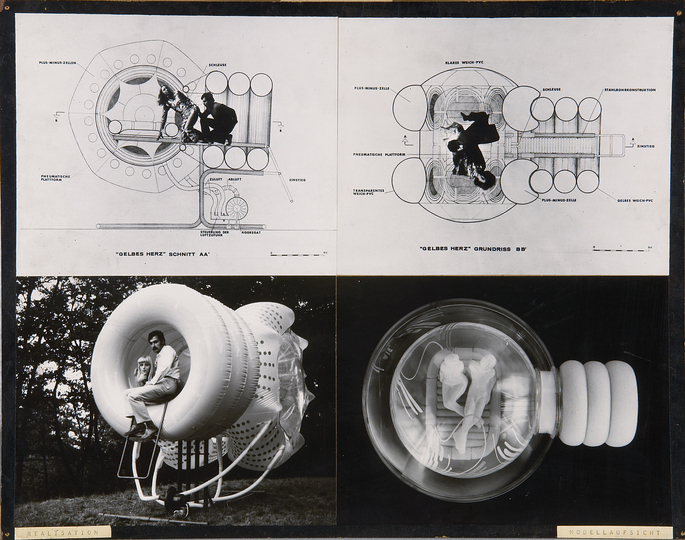 The world exhibition 70 in Osaka featured a variety of inflated exhibition halls. The US Pavillion was the largest free-span inflatable dome of its time. (U.S. Pavilion for the World Expo Osaka 1970, Interior sketch, by Davis, Brody, Chermayeff, Geismar, deHarak Associates) 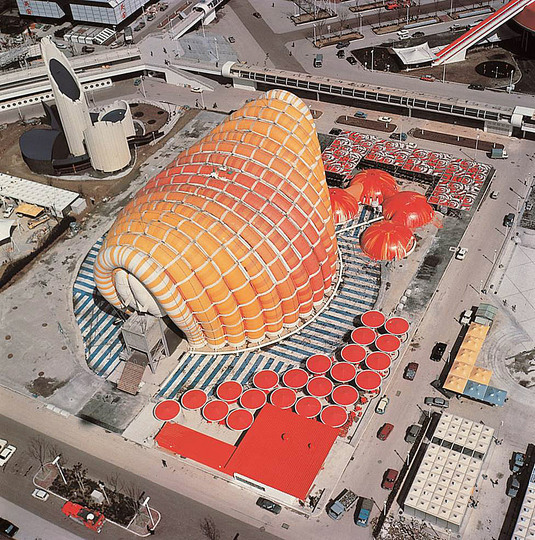 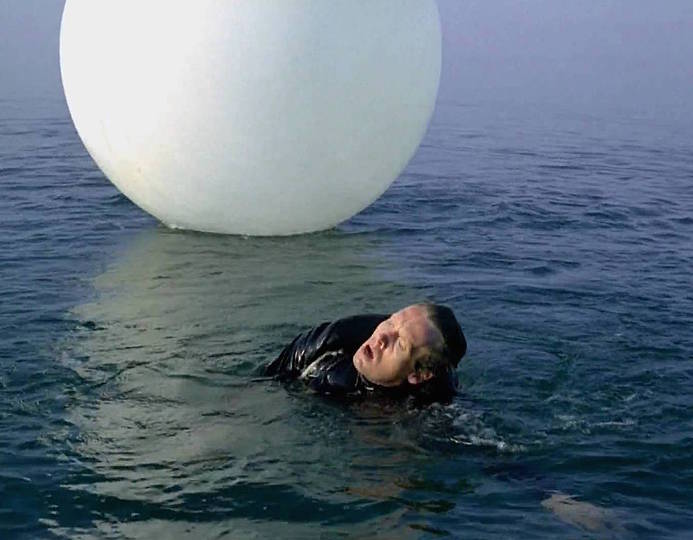 Balloons also found their way into television series: In 'The Prisoner', an iconic British Science Fiction series filmed between 1967 and 1968, the main protagonist finds himself captured in ‘The Village’. When he attempts to escape, he is followed and captured by an large white balloon called Rover, an autonomous, intelligent object. (Patrick McGoohan as Number Six, followed by autonomous balloon Rover in The Prisoner, 1968) 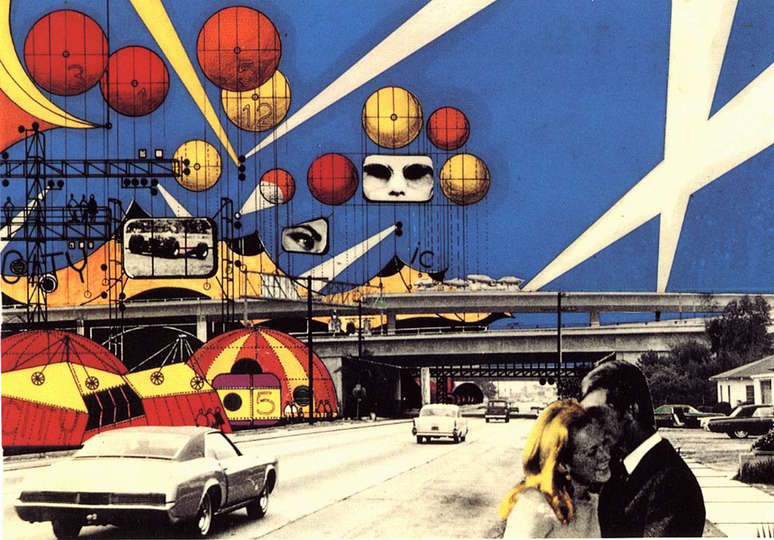 Inflatables symbolized the spirit of the times, carrying with them the idea of generation 68. Ballon designs promised escape, lightness and ephemerality. They offered flexibility instead of rigidity and spontaneousness instead of fixed rules. In the late sixties and early seventies, balloon structures seemed to be the future of architecture. It was a future which did not happen. Except in some sports halls, ballon architecture did not take on; for everyday tear and wear, balloon structures proved to be too vulnerable. (Archigram, Instant City, 1968) 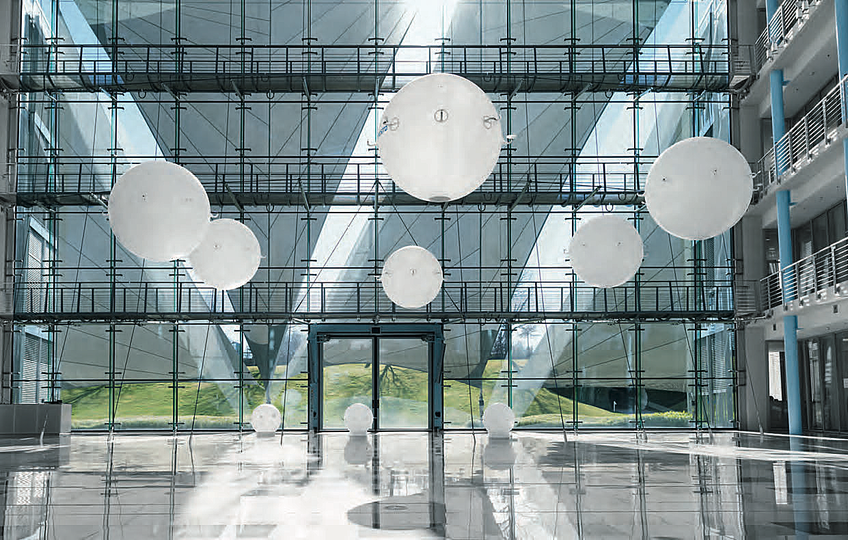 But designers, artists and engineers are still fascinated by bubbles. The eMotion spheres by German firm Festo combine science fiction ideas of the sixties with technology from the 2010s. Designed to show the possibilities of autonomous guidance and monitoring systems, these autonomous flying balloons are equipped with eight small adaptive propellers and infrared LEDs. The balloons, controlled by a central computer, move out of the way of other flying objects, adapt to varying atmospherical conditions to maintain their formation, and charge themselves independently. (eMotionSpheres, Festo 2014) 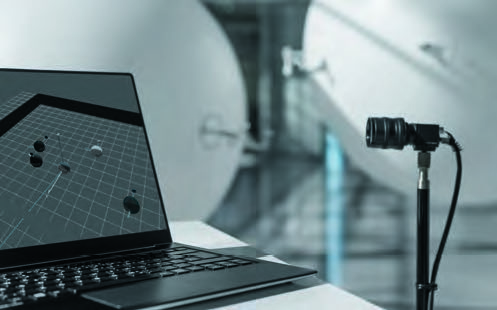 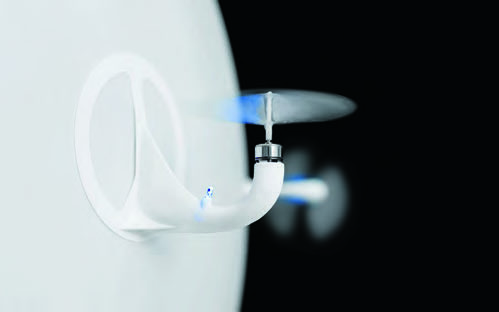 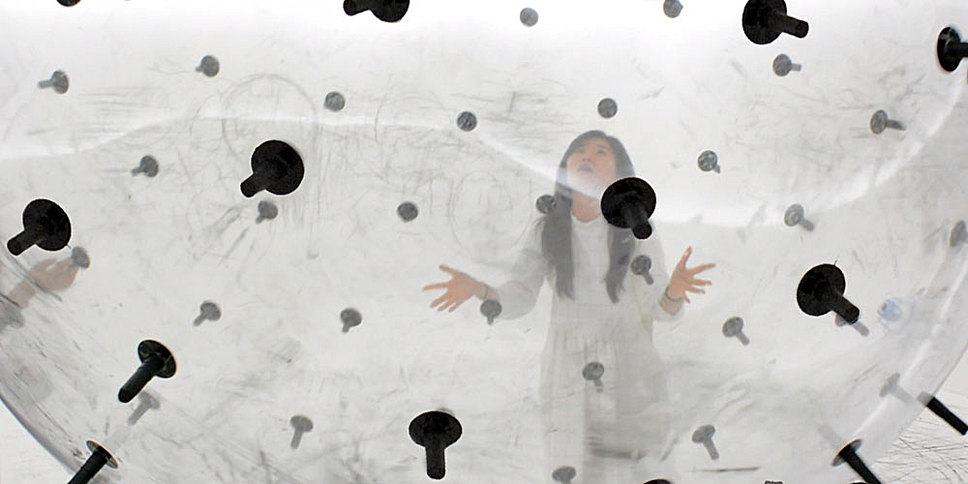 In her sculpture 'ADA', Karina Smigla-Bobinski attaches graphite sticks to a helium-inflated ballon so that visitors playing with the balloon create sketches on the walls. 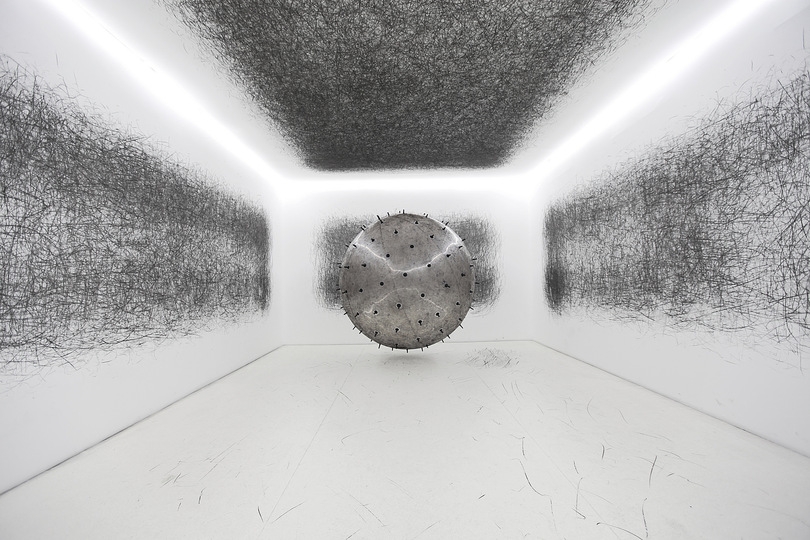 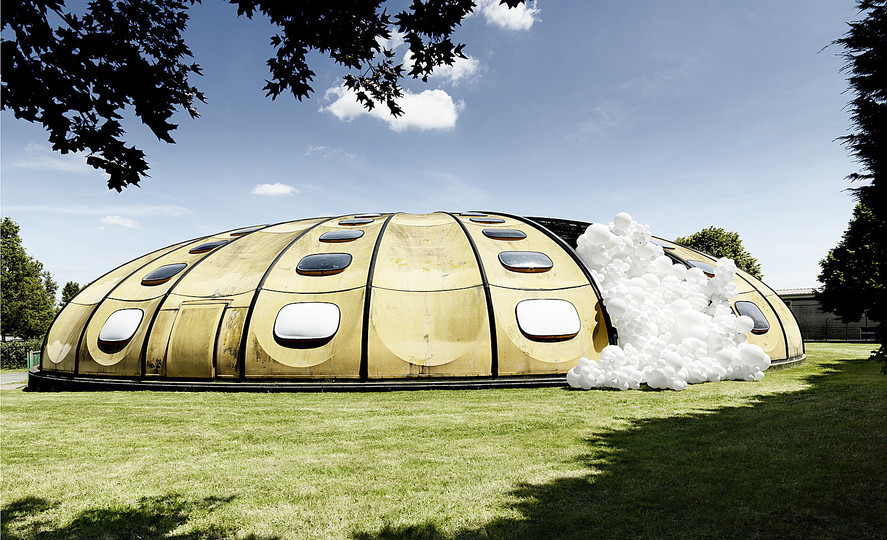 In 'Invasions', French artist Charles Petillon fills empty structures with white balloons, creating images with an eerie atmosphere as if from a Sci-Fi movie. He does not fill his balloons with helium, but with Carbon dioxide to illustrate how air pollution has already altered our planet. 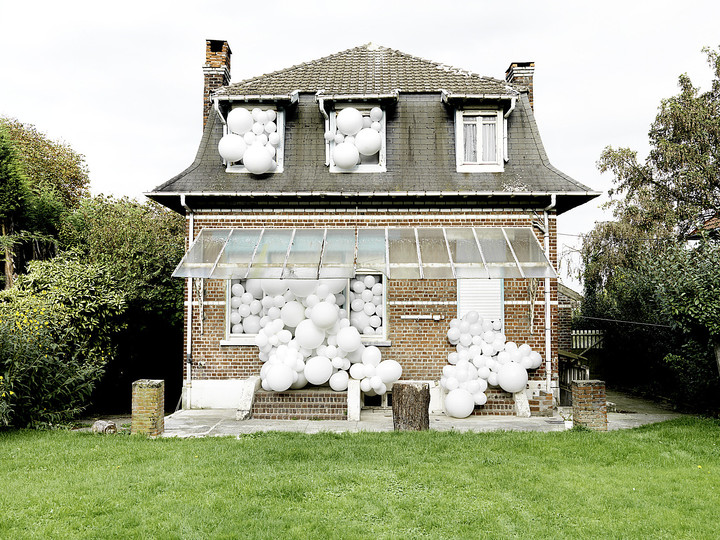 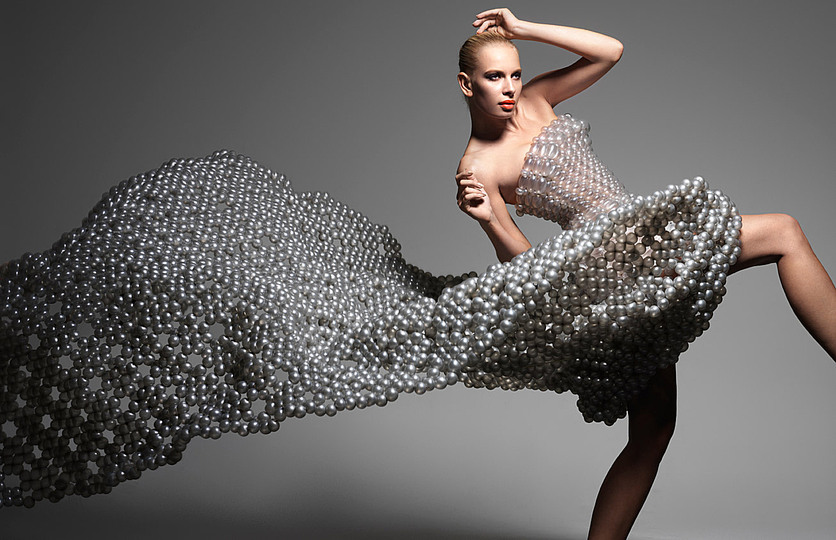 Rie Hosokai and Takashi Kawada use balloons instead of textiles to create their surprising, free-flowing fashion designs. 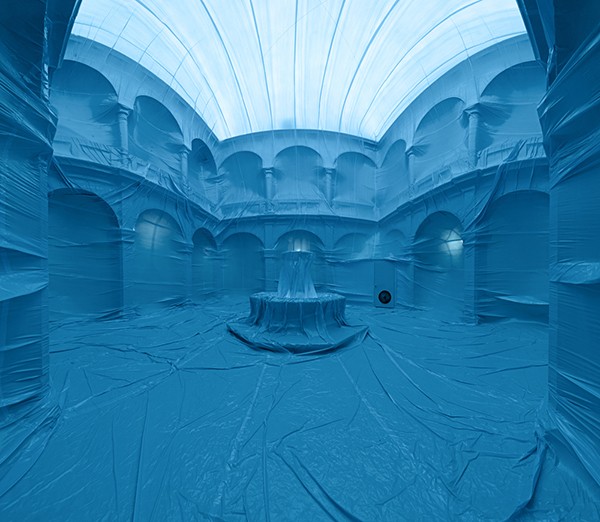 The artist collective Penique productions from Barcelona lets us visit balloons: By turning a space into the inside of a balloon, they dramatically alter our perception of interiors. The artists build a customized ballon for each space they intend to transform and then inflate it to entirely cover the interior walls.