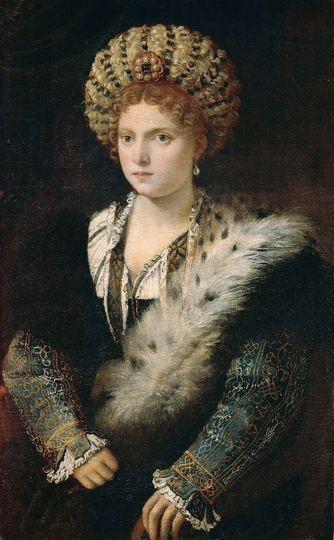 & collect
The exquisite portrait of an unknown woman called the Schiava Turca ("Turkish slave") is an icon of Parma. Painted by Parmigianino, known as "Rafael reborn" for his genius, this portrait has rarely been seen outside its home institution, the Galleria Nazionale di Parma. Who is the mysterious sitter in the portrait? For centuries, the Schiava Turca has likely been misinterpreted by a cataloguer at the Uffizi Gallery in the 18th century due to Turkish inspired attire of the sitter. Recently, scholars have suggested that the portrait is either the poetess Veronica Gambara or an ideal Renaissance woman of noble background invented by the artist. The painting travels to the United States for the first time for its presentation at The Frick Collection from July 26 to October 5, 2014. The exhibition will subsequently travel to the Legion of Honor, part of the Fine Arts Museums of San Francisco.
share Parmigianino: Schiava Turca
g t l v w f
penccil.com/gallery.php?show=8716 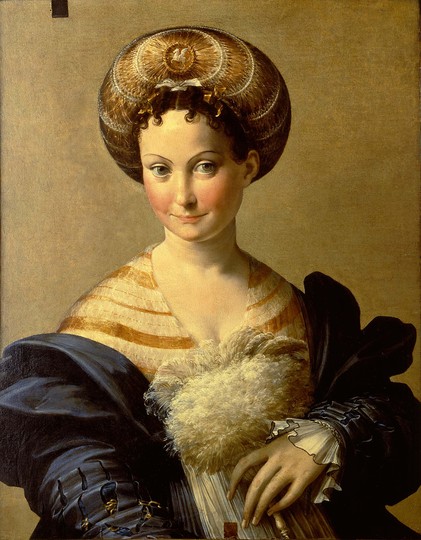 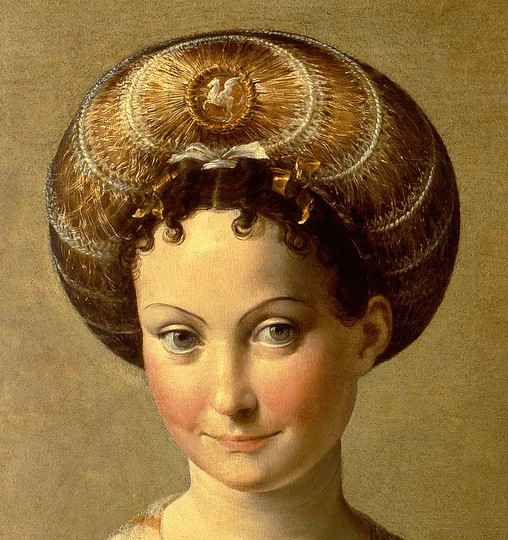 In the early eighteenth century, when the portrait was in the collection of the Uffizi Gallery, the style of the woman’s costume inspired a cataloguer to invent the title “Turkish Slave” by which she has since been known. He likely mistook her headdress for a turban, associated her feather fan with the exotic East, and interpreted the small gold chain tucked into the slashes of her right sleeve as a reference to captivity. Her costume, however, is not Turkish, and is certainly not that of a slave. Her sumptuous garments of silk, accessories of gold, and a fan made from imported feathers and ivory reveal her elite social status. Her turban-like headdress, called a balzo, was worn by Italian Renaissance women of high standing and identifies her as a member of the Northern Italian courts. If this painting was a depiction of an actual person, the historians carefully estimate that it could have been Veronica Gambara, an accomplished poetess at the time 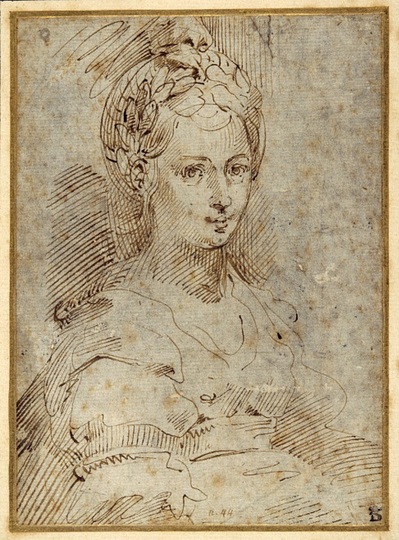 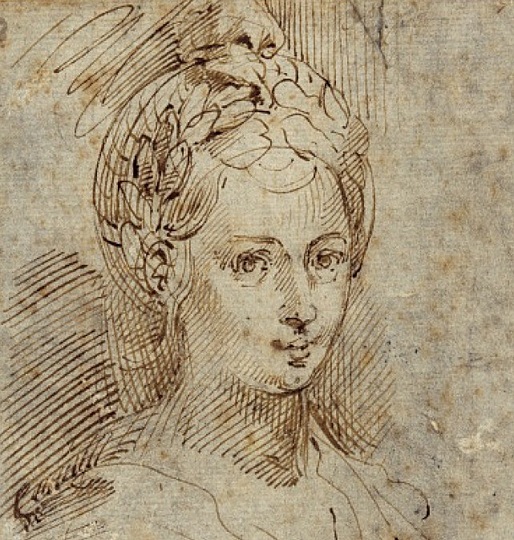 Parmigianino’s compositional drawing of a Bust of a Woman, in the Devonshire collection at Chatsworth. The pen-and-ink drawing, which had not previously been linked to any specific project, shares the bust-length format of the Schiava Turca (although the woman in the drawing poses with her head facing in the same direction as her body). In the drawing, the woman wears a balzo-like headdress decorated with a wreath of laurel leaves. In the classical tradition, laurel leaves are used to crown accomplished poets. As it shows the artist experimenting with the standard iconography of poetry, the drawing may record an early idea for the Schiava Turca. Parmigianino’s use of an ornamental Pegasus badge to mark the Schiava Turca as a poet is a subtle (and indeed poetic) solution.

Titian painted this portrait of Isabella d’Este was when she was over 60 of age. Depicting lady sitters as if they were several decades younger was a usual practice at the time. Painted c. 1534-46. Collection of Kunsthistorisches Museum, Vienna.