& collect
Abbazia was one of the favorite winter destinations amongst Vienna´s wealthy and famous. Known as the "Austrian Riviera" located on Adriatic Sea near the cities of Trieste, Rijeka, and Split in the late 19th century, Abbazia (today´s Opatija, Croatia) was populated by family holiday makers and patients in need of seaside air to be cured from pneumonia, a widespread epidemic that plagued people at the time. Wien Museum Karlsplatz looks back at this seaside city and its turn-of-the-century ways of making holiday and relaxing from its collection of advertising materials and photographs. The Austrian Riviera - Vienna Discovers the Seaside is on view until March 30th, 2014.
share Abbazia
g t l v w f
penccil.com/gallery.php?show=7378 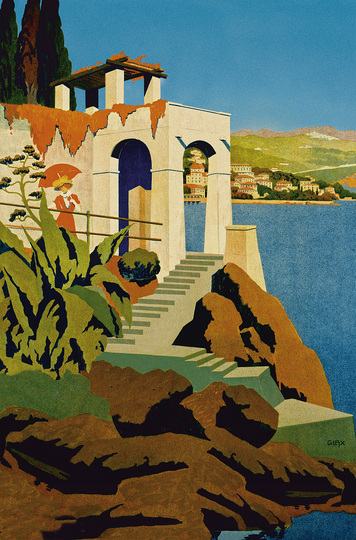 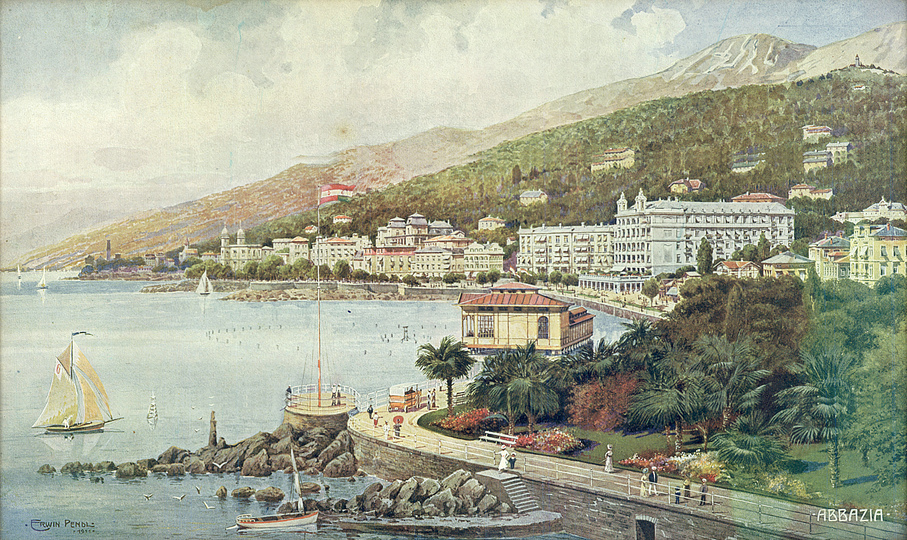 The term "Riviera" probably began to be used in the context of health tourism. Meteorological measurements had shown that the region's climate resembles that of the French Riviera. The common topographical features of the two regions are steep cliffs along the coastline, climate-regulating forests, evergreen shrubs and exotic plants, such as eucalyptus and mimosas. "Abbazia South Beach" painted by Erwin Pendl, 1911, color print after a watercolor. Samsinger Collection, Vienna. 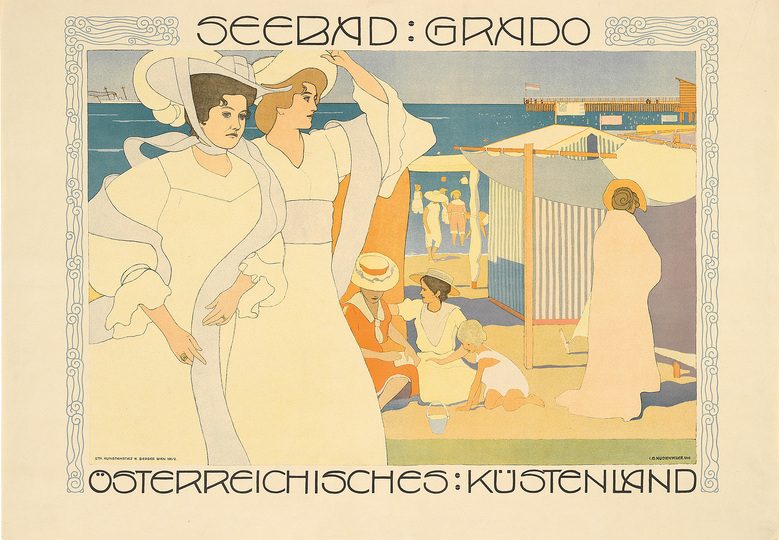 Like many other places in the region, Abbazia benefited from the construction of a rail link between Vienna and Rijeka which passed nearby. The Southern Railway Company (Südbahn) played a major role in Abbazia's development, following up its earlier investments in the Semmering region with huge injections of capital on the Adriatic. "The Seaside Resort of Grado" poster painted by Josef Maria Auchentaller, 1906, color lithograph © Wien Museum. The classicist hotels, promenades and parks of the posh resort attracted members of the royal family, nobility from all over Europe and other wealthy patrons. "In Front of the Hotel Quarnero" painted by Stephanie Glax, 1906, Private Collection, Vienna. 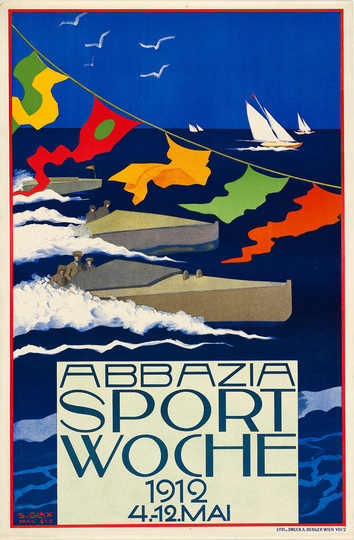 In the island of Brioni (today's Brijuni), this formerly deemed uninhabitable because of endemic malaria, was converted by industrialist Paul Kupelwieser into a holiday resort for an affluent clientele. Kupelwieser built hotels and an underwater freshwater pipeline from the mainland, imported exotic plants and animals (including monkeys, antelopes and flamingos) and offered visitors excellent sports facilities (tennis, sailing, etc.) plus a wealth of other recreational pursuits. "Abbazia" Sport Week 4-12 May 1912, poster painted by Stephanie Glax, 1911, color lithograph © Wien Museum. 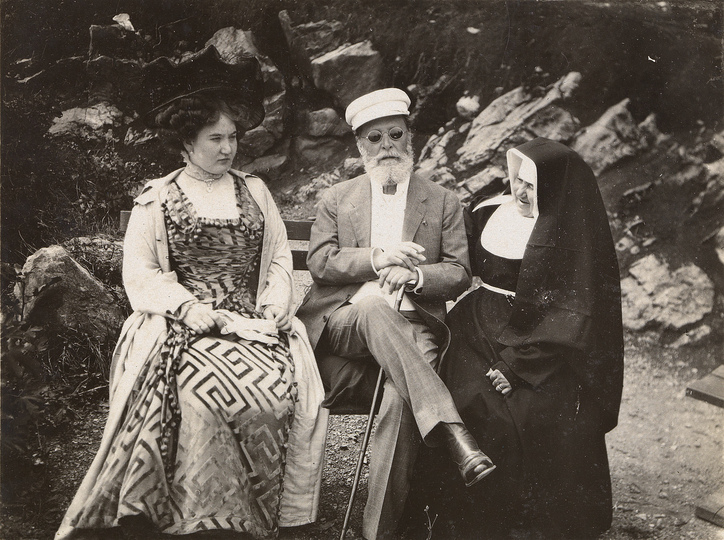 When Vienna's Mayor Karl Lueger led a delegation on a visit to Spalato/Split in 1909, they were booed by demonstrators – allegedly "foreign elements, outsiders", according to Lueger's embarrassed local counterpart, Mayor Vicko Mihaljević. The relationship between the locals and the visitors remained distant and superficial under the guise of tourism. Mayor of Vienna Karl Lueger in Lovrana (Lovran), 1909, photograph © Wien Museum. 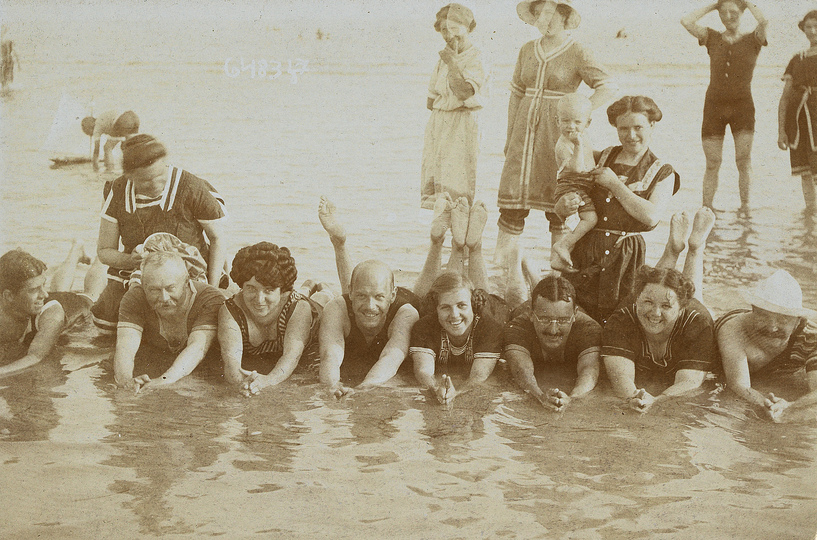 "In recent years, people have increasingly been picking up traces and reconnecting with traditional knowledge, and cultural historians are also taking a renewed interest in the region, both in Austria and in Croatia. ... "the importance of military and political domination, the development of transport in the northern Adriatic and the decisive role of medicine in promoting health resorts such as Abbazia; it presents artists' new perspectives on the region and ethnographers' journeys of exploration into one of the poorest regions of the Habsburg monarchy." Preliminary sketches for postcards of the 1913 Adriatic Exhibition painted by Bertold Löffler, Ink, chalk, watercolour © Wien Museum