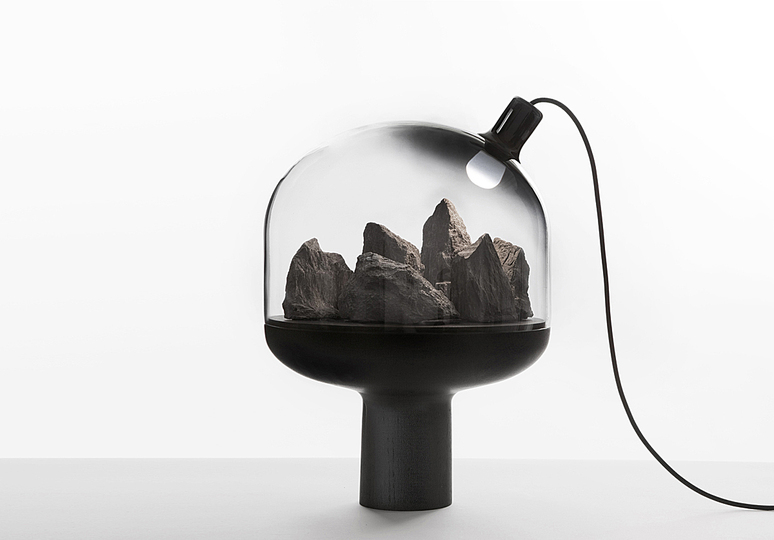 & collect
This was an extraordinary year. The world went through a series of shocks and shake-ups, and in between the glory and gore, hope and despair of 2015, we saw extraordinary projects giving us glimpses of the future.
share The 2015 best of penccil
g t l v w f
penccil.com/gallery.php?show=10596 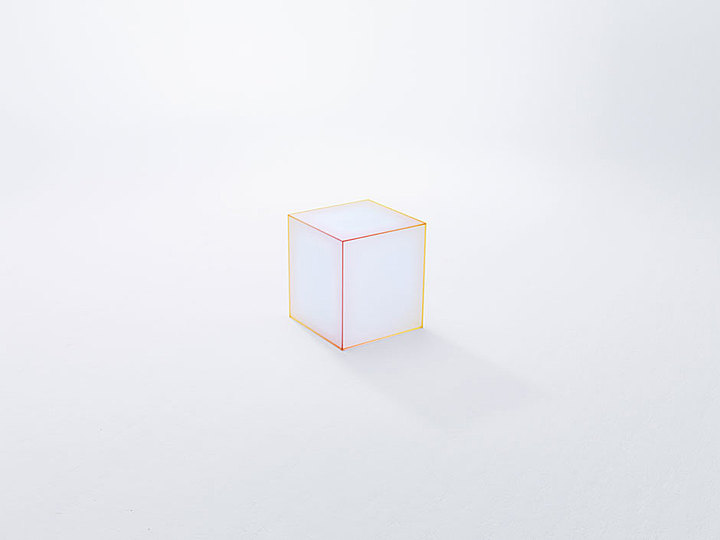 Oki Sato of Nendo took Japanese minimalism to a new edge with these coffee tables for Glas Italia. http://www.penccil.com/gallery.php?p=644835283131 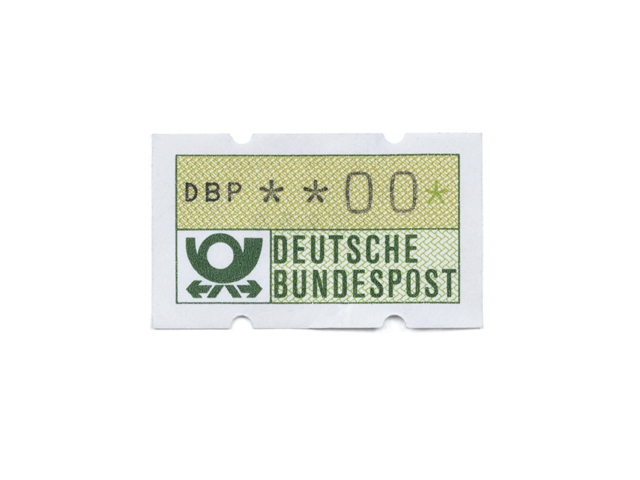 Since 2004, Berlin based artist Heike Bollig collects objects with manufacturing errors. Each object tells a special story about its production and makes a concise record of the moment that went out of control. http://www.penccil.com/gallery.php?p=941483927627

Japanese paper manufacturer Takeo connected past and future by commissioning selected Japanese designers to come up with future concepts for paper - one of the most traditional materials in Japan and Asia. http://www.penccil.com/gallery.php?p=903945783236

With the 'Infopoint BBT', the observation site for the construction of the Brenner tunnel in Forte di Fortezza (Frankensfeste fortress), Architect Markus Scherer designed an impressive connection between the past and the future in the heart of Europe. Franzensfeste fortress was inaugurated by Ferdinand I of Austria on August 18, 1838. The site has always played an important role in the transit of goods on the north-south bound: As the Amber Road between Greece, Sicily and Northern Europe, and in the Roman period, between Aquileia and the regions beyond the Alps. The BBT - Brenner Base Tunnel - is a 55-kilometre long railway tunnel through the base of the Eastern Alps beneath the Brenner Pass. It will run from Innsbruck Hauptbahnhof in Austria to Franzensfeste in Italy. The Brenner Pass, in the Alps at the border between Austria and Italy, is one of the most important traffic connections between northern and southern Europe, and the motorway going over it is infamous for its frequent traffic jams. The hope is to relieve this situation by improving the railway connection between North Tyrol and South Tyrol with the new tunnel, which will allow trains to cross the Alps much faster. The project is funded by Austria and Italy, and a contribution by the European Union. The project will be the world's second longest tunnel, after the Gotthard Base Tunnel. http://www.penccil.com/gallery.php?p=802942881050 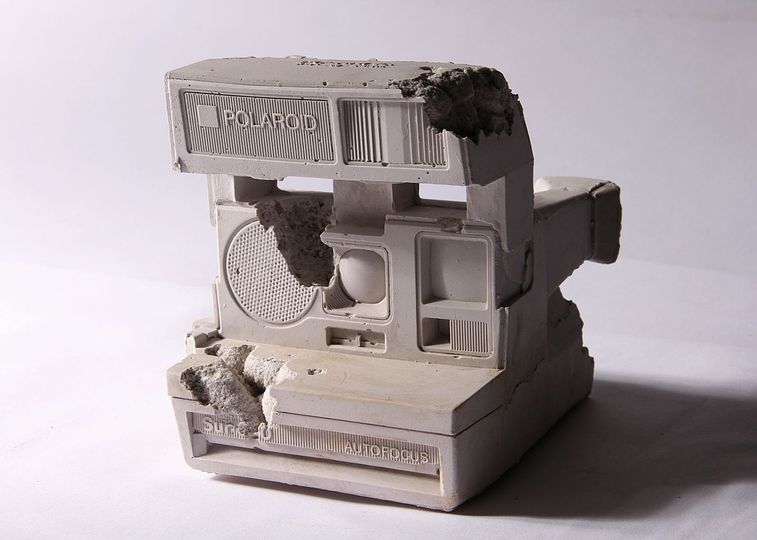 New York based artist Daniel Arsham works with the transience of symbols of technology and how it captures - and loses - human hopes and aspirations. In the seventies, Polaroid cameras embodied the forefront of innovation. In 2001, Polaroid went bankrupt. http://www.penccil.com/gallery.php?p=813865507337 Danish designer Stian Korntved Ruud created a spoon every day for 365 days, only with hand tools. Both a Zen exercise and a design statement, his 365 wooden spoons also remind us that having a bowl of soup on the table is still not something taken for granted for much of he world's population. http://www.penccil.com/gallery.php?p=946512462423#0 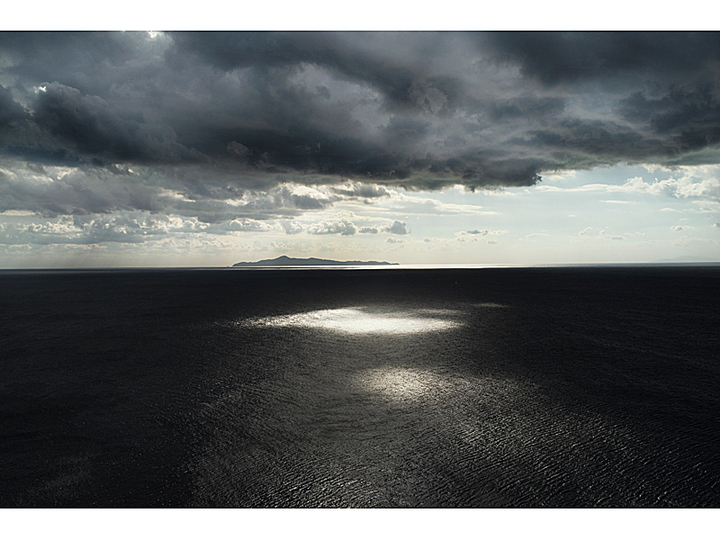 Greece, the very cradle of civilization and democracy, took more than its fair share of pressure on banking matters by its wealthier European counterparts in 2015. Photographer Petros Koublis does not comment, but instead gives us his impressions of a landscape which breathes the very soul of its proud past. http://www.penccil.com/gallery.php?p=841341334710 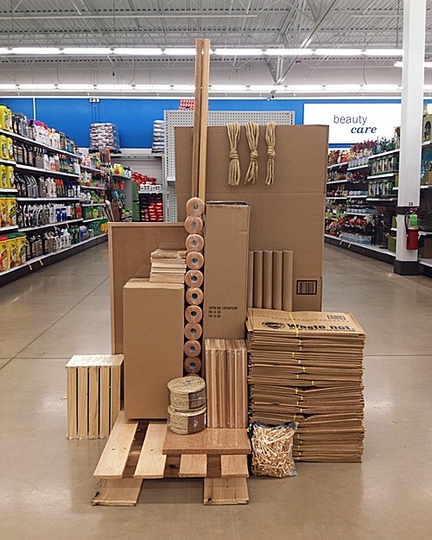 American artist Carson Davis Brown has a slightly subversive and poetic take on consumerism. He uses the vast spaces of supercenters to create instant sculptures with the goods on offer. These sculptures exist only for a short timespan - until they are discovered and dismantled by supercenter employees. http://www.penccil.com/gallery.php?p=879917487119 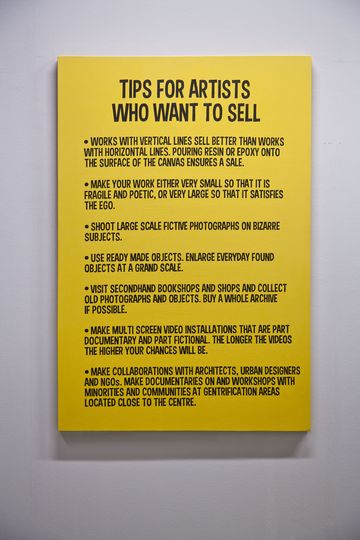 Turkish artist Halil Altindere continues to be against the grain with a mixture of humour and pointed commentary to Turkish and world affairs. http://www.penccil.com/gallery.php?p=116160140922 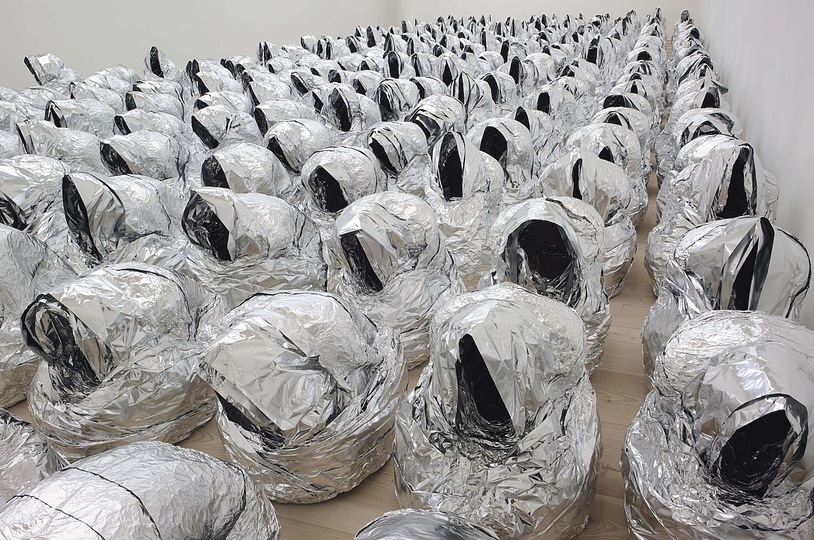 In June 2015, the similarity between photos of stranded migrants and Kader Attia's installation 'Ghost' from 2007 foretold a refugee wave and crisis of a scale the world did not see before. http://www.penccil.com/gallery.php?p=703352392501 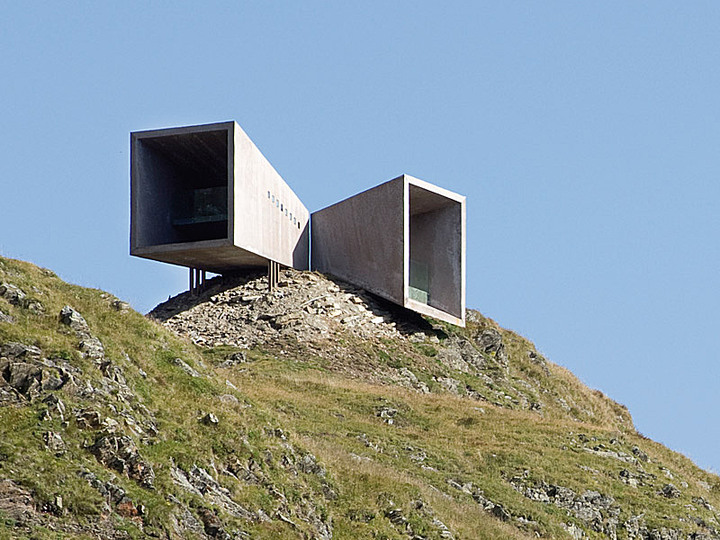 The borders of Europe, open to each other until summer 2015, sadly closed one by one as a response to the Syrian refugee crisis. Borders are managed by politicians. What borders could do if looked at by architects can be seen in this project of architect Werner Tscholl. He exemplifies bringing cultures together with the Timmelsjoch Experience Pass Museum, presenting the history of the region and its communities between Austria and Italy. http://www.penccil.com/gallery.php?p=142028460708 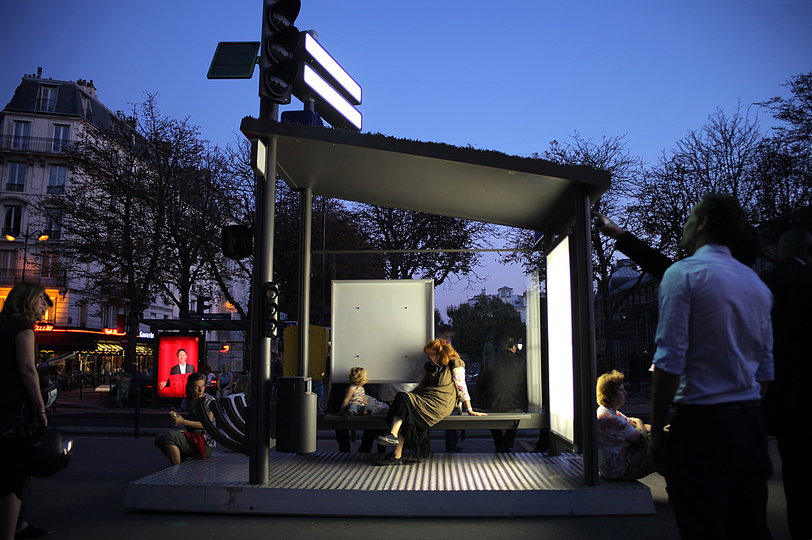 Paris symbolizes the very best qualities of Europe in it's cafes, concert halls and independent publishers, and in 2015, it was assaulted for all of these qualities on 7 January and 13 November. We chose this project by Julien Berthier not as an answer, but as a silent testament for the intrinsic Parisian qualities of irony, criticism and built-in hope: "All the services found in a city corner are assembled in a unique object (bus-stop, streetlight, surveillance camera, kakemono, clock, loud speaker, solar panel, traffic lights, street number, garden, direction panels, street names plates, bird house, taxi post, garbage, parking ticket machine, mailbox, bicycle parking, city map and public bench). This ... is both a proposal (to simplify the urban landscape) and its critique (the aesthetic monopoly of urban furniture and the rationalization of public spaces)." http://www.penccil.com/gallery.php?p=636632959441 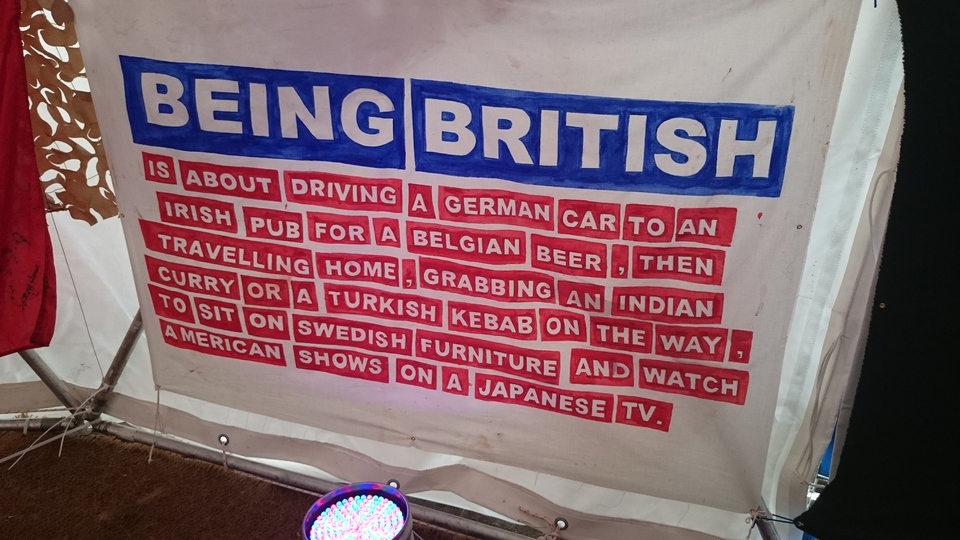 In our opinion, Banksy's 'Dismaland' was the best show of the year - critical, spectacular, improvised and surprising. http://www.penccil.com/gallery.php?p=11447018561 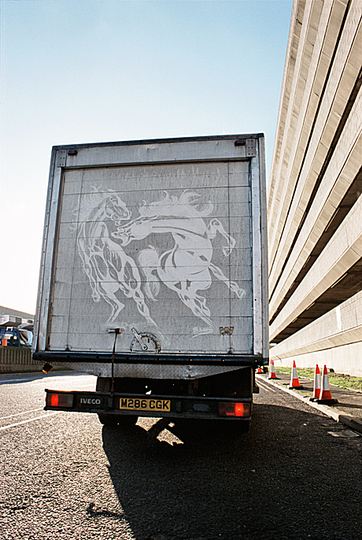 The opposite of elitist art exhibitions is demonstrated by Ben Long: His 'Great Travelling Art Exhibition' consists of drawings made on the blackened rear shutters of long-distance trucks. http://www.penccil.com/gallery.php?p=952281798784 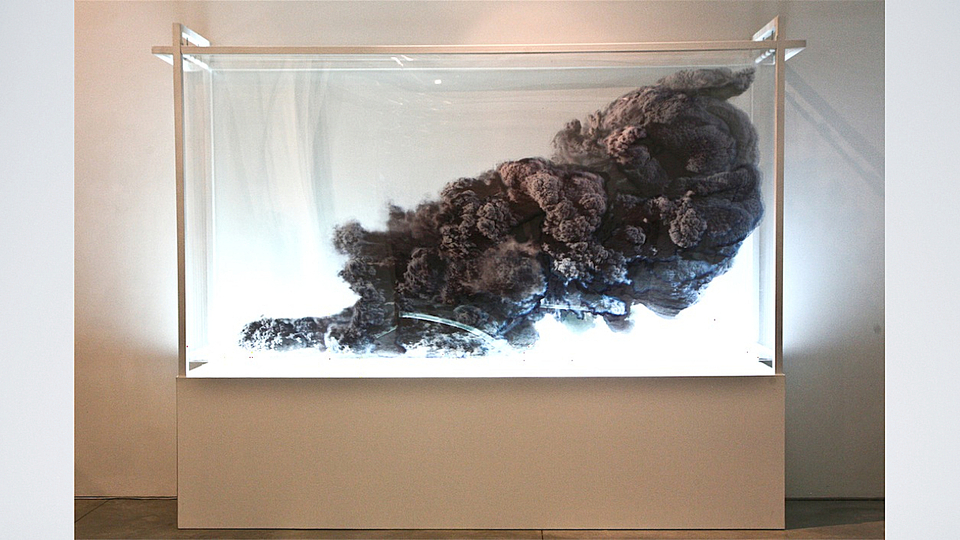 Designer Eyal Gever lives and works in Jerusalem. He says: " Uncontrollable power, unpredictability and cataclysmic extremes are the sources for my work. They inspire, fascinate and remind me of the constant fragility and beauty of human-life. Beauty can come from the strangest of places, in the most horrific events. My art addresses these notions of destruction and beauty, the collisions of opposites, fear and attraction, seduction and betrayal, from the most tender brutalities to the most devastating sensitivities. I oscillate between these opposites." http://www.penccil.com/gallery.php?p=534168214314 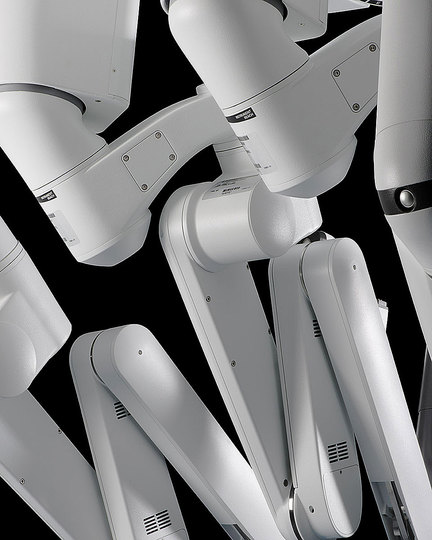 Photographer and set designer Maxime Guyon uses precise lighting and calculated arrangements to show us a present technological reality which appears like an eerie advertisement for a future made of machines. http://www.penccil.com/gallery.php?p=512488645930 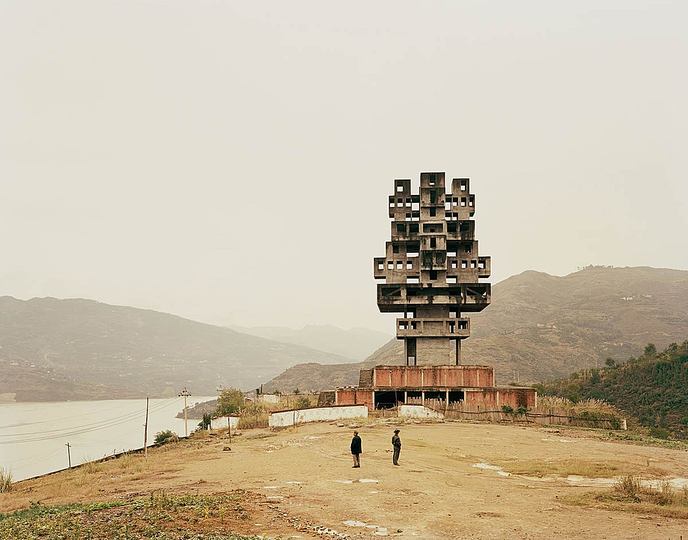 Israeli photographer Nadav Kander traveled to China in between 2005 to 2007 to travel along the Yangze river, documenting the transformation of the landscape around China's most famed river in the wake of its new economic imperatives. http://www.penccil.com/gallery.php?p=223521879259 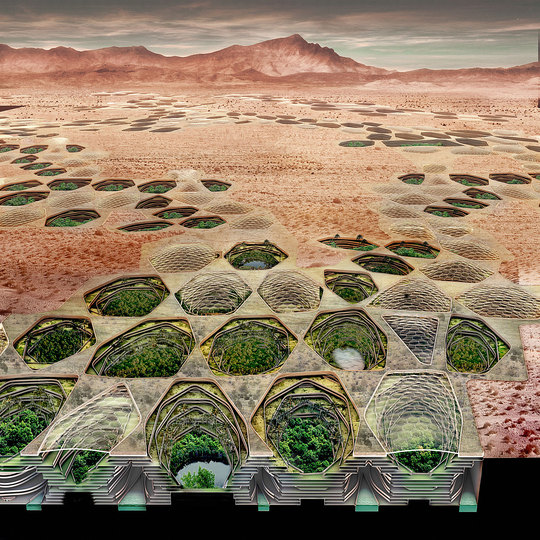 In Dune, American author Frank Herbert’s 1965 Science Fiction novel, he describes a planet that has undergone nearly complete desertification. American architect Andrew Kudless was taken by the increasing similarity of Frank Herbert's vision and the world of today. A water-poor world is becoming reality in wide parts of the Middle East, Africa, Asia and the American Southwest. Kudless explains: "Lured by cheap land and the promise of endless water via the powerful Colorado River, millions have made this area their home. However, the Colorado River has been desiccated by both heavy agricultural use and global warming to the point that it now ends in an intermittent trickle in Baja California. Towns that once relied on the river for water have increasingly begun to create underground water banks for use in emergency drought conditions. However, as droughts are becoming more frequent and severe, these water banks will become more than simply emergency precautions." His answer is 'Sietch Nevada', an urban prototype that makes the storage, use, and collection of water essential to the form and performance of urban life. http://www.penccil.com/gallery.php?p=793517832089

Architect Jo Nagasaka shows us how the burdens of the past - such as the drab mass-produced building blocks of postwar Japan - can be made into assets. In his own words: "We redesigned the space only by removing elements without adding, and improvising the layout of each of the apartments on site, without having drawn their plans in advance". http://www.penccil.com/gallery.php?p=245153493414

GGSV Studio 's Gaëlle Gabillet and Stéphane Villard look at things differently. They realize that as long as things are manufactured only for consumption, we will not be able to get rid of waste and pollution. They, as they say themselves, " imagine more objects to make less objects". http://www.penccil.com/gallery.php?p=826372906239