& collect
Necronom HR Giger is the featured artist at Ars Electronica 2013. This year’s honor goes to the legendary creator of the biomechanical style and the Oscar-winning title character in the film “Alien,” a man who, even to this day, draws inspiration from his childhood anxieties and obsessions, as well as subsequent fears of global nuclear war and accelerating technological progress. Images courtesy: Lentos Kunstmuseum, Linz, Austria.
share HR Giger´s World in Deep Space
g t l v w f
penccil.com/gallery.php?show=6805 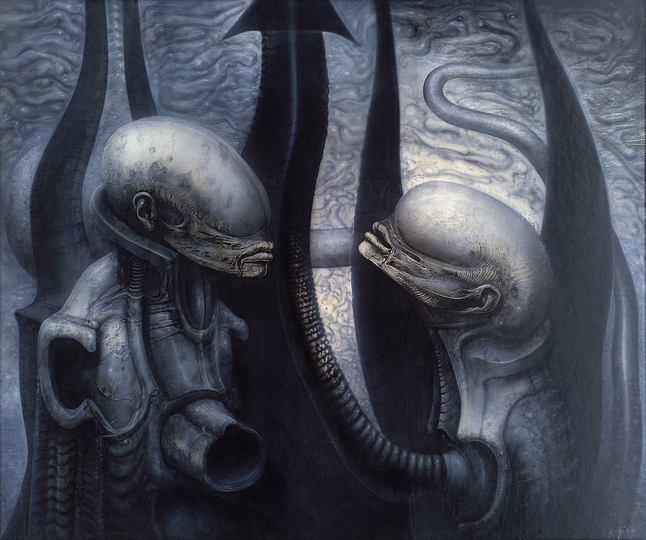 Mutants, 1975 © HR Giger, 2013. HR Giger’s biomechanics anticipate cyborgs, human-machine hybrids that have gone on to widespread popularity. In HR Giger’s takes, these creatures exhibit predominantly female traits. Despite dystopian scenarios, it’s not fear they display but rather the apathy of a collective haze—similar to the structures of the Borg civilization in the “Star Trek” cosmos. 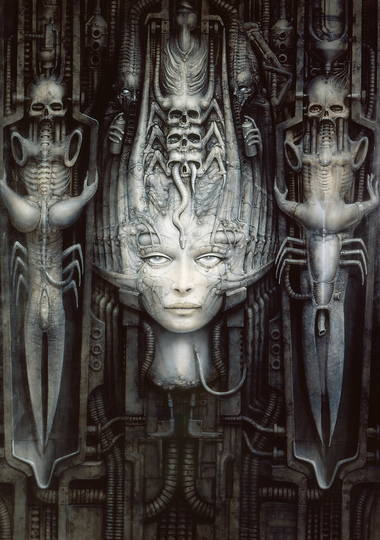 This exhibition takes a dystopian view of the human-machine interrelationship, and presents HR Giger as the visionary father of early cyborgs and as an architect of interior spaces and entire landscapes of collective horror. Li II, 1973/74 © HR Giger, 2013. 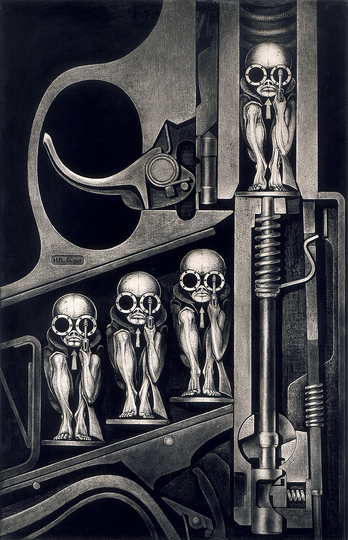 Birthing machine, 1967 © HR Giger, 2013. In his “Gebärmaschine” (1967), a womb is depicted as the chamber of a pistol, the babies awaiting their birth are arrayed like cartridges. HR Giger garnered a place among the artistic avant-garde of the 1960s. His works are attributed to surrealism, whereby the influence of fantastic surrealism can be traced back to his friendships with protagonists of the so-called Viennese School. A central, recurring theme in his work is best described by a portmanteau he coined himself—biomechanoid—to refer to his disturbing, even morbid amalgamations of electronics, mechanics and life forms. In addition to his images, HR Giger creates graphics, sculptures and furniture. 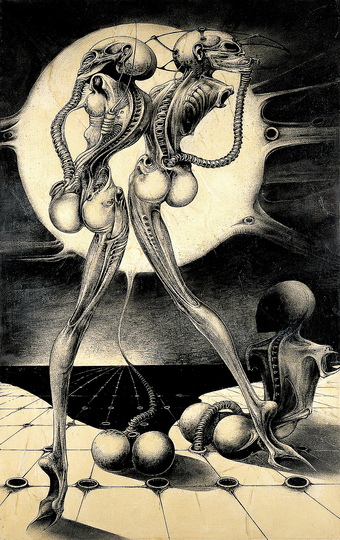 Nuclear kids, 1967/68 © HR Giger, 2013. In the early 1960s HR Giger configured an aesthetic of horror with humankind’s collective fears of global atomic warfare and of being victimized by technological progress. In series such as “Atomkinder” (1967-68) and “Schachtbilder” (Shafts, 1966). 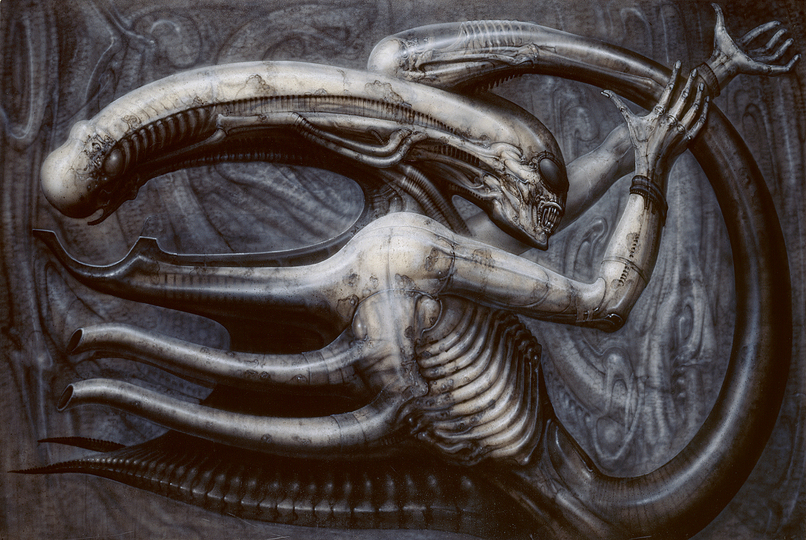 HR Giger at work, 1978 © Mia Bonzanigo. The Alien Diaries are a legendary, blow-by-blow description of the highs and lows HR Giger went through in 1978 and 1979 while at work on Alien at Shepperton Studios.