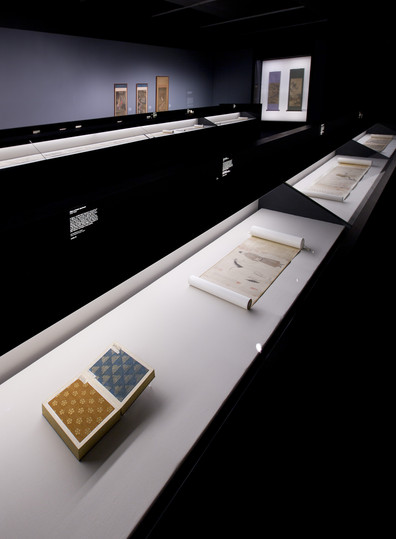 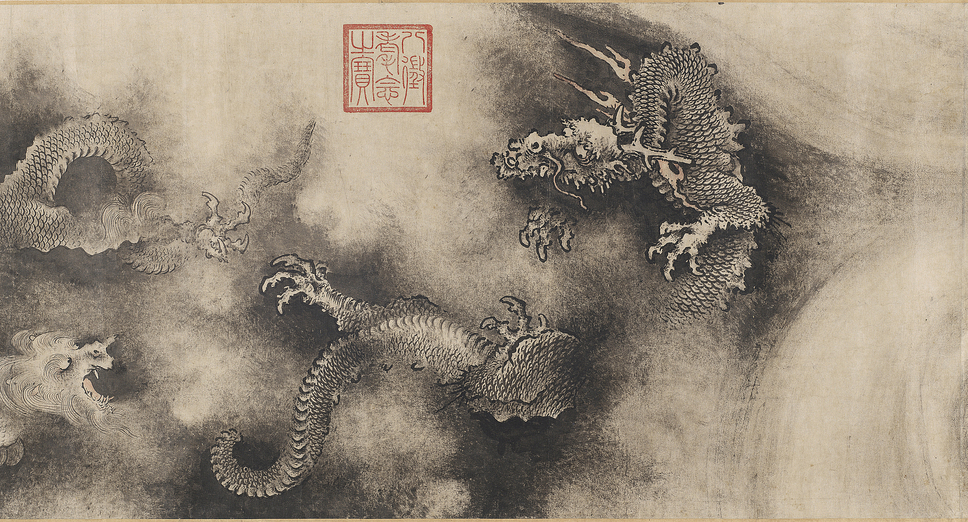 During 950-1250 paintings display growing enthusiasm for the natural world and the rise of landscape painting. Realistic observations of mountain and river scenes, plants and animals, fishermen and travellers, the cycle of the seasons, changing weather and the shifting qualities of natural light were all subjects particularly favoured by artists during this period. These paintings captured compelling images of the real world and saw a shift to a more monochrome aesthetic. Nine Dragons by Chen Rong is considered to be the oldest and finest dragon scroll, in which each of the mythical creatures are expressed in different positions amidst clouds, water and mountains. It represents the dynamic forces of nature in Daoism. Nine Dragons (detail) Artist: Chen Rong Date: 1244 Credit line: Photograph ¬© 2013 Museum of Fine Arts, Boston 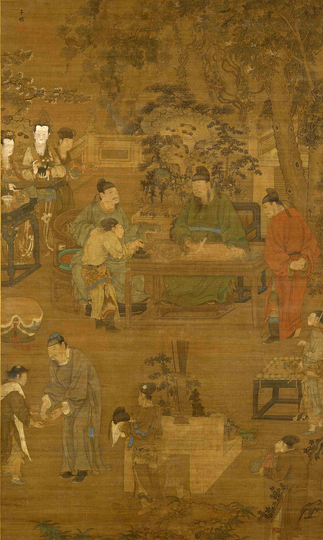 The time between 1400-1600 saw an artistic explosion driven by political stability and the economic prosperity of the Ming dynasty. This stimulated a revival of demand from all levels of society for painting such as Four Pleasures, attributed to Ren Renfa, a series illustrating the delight in the literati pursuits of calligraphy, painting, music and games. Artists returned to working on silk and using expensive pigments, cities such as Hangzhou, Nanjing and Suzhou became important new centres for painting. Subject matter ranged from romantic characters or episodes in history and literature, topographical views of famous sites and gardens and rare animals and plants. The Four Pleasures: Music, Chess, Calligraphy and Painting (Detail) Artist: Unidentified artist; traditionally attributed to Ren Renfa Date: Early 15th century Credit line: Tokyo National Museum, Japan, Image: TNM Image Archives 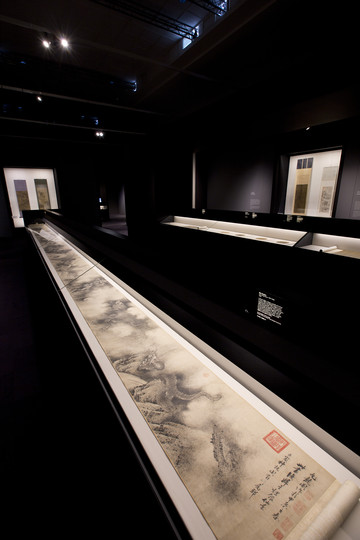 This exhibition gathers together the finest examples of Chinese painting created over a 1200 year period and shows more than 70 works including some of the earliest surviving Chinese paintings as well as other exceptionally rare works loaned from the greatest international collections. From small scale intimate works by monks and literati to a 14 metre-long scroll painting, many of the paintings will be shown in Europe for the first time. Installation image of 'Masterpieces of Chinese Painting 700 - 1900' Credit line: (c) Victoria and Albert Museum, London 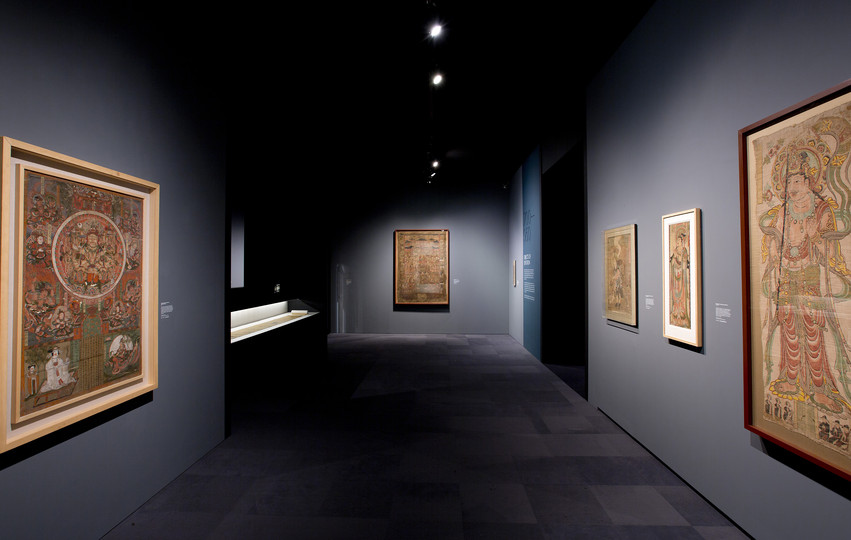 The majority of works were made for Buddhist liturgies or votive offerings by anonymous artists. Most surviving works from this early period are Buddhist banners and screens, painted on silk and characterised by their bright colours. These are predominantly drawn from Dunhuang, a remote region in the North West which was far from Tang dynastic control during this period of Buddhist persecution in the mid 9th century. The double-sided ceremonial banner Bodhisattva Wearing Monastic Robes showing a sacred and enlightened figure will be hung as a three-dimensional display allowing it to be appreciated as originally intended. The large illustrated manuscript Five Planets and Twenty-Eight Mansions, attributed to Liang Lingzan, is a secular handscroll which is the earliest surviving painting of astronomy from the Imperial collection. Installation image of 'Masterpieces of Chinese Painting 700 - 1900' Credit line: (c) Victoria and Albert Museum, London 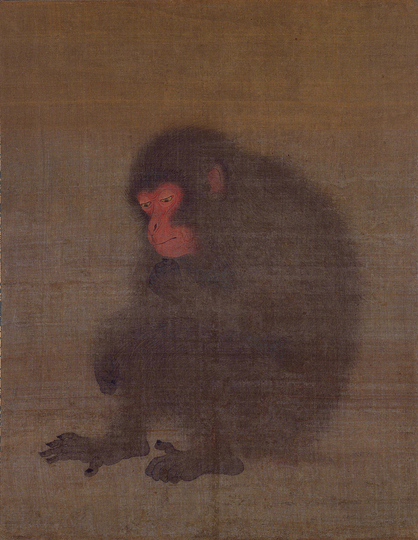 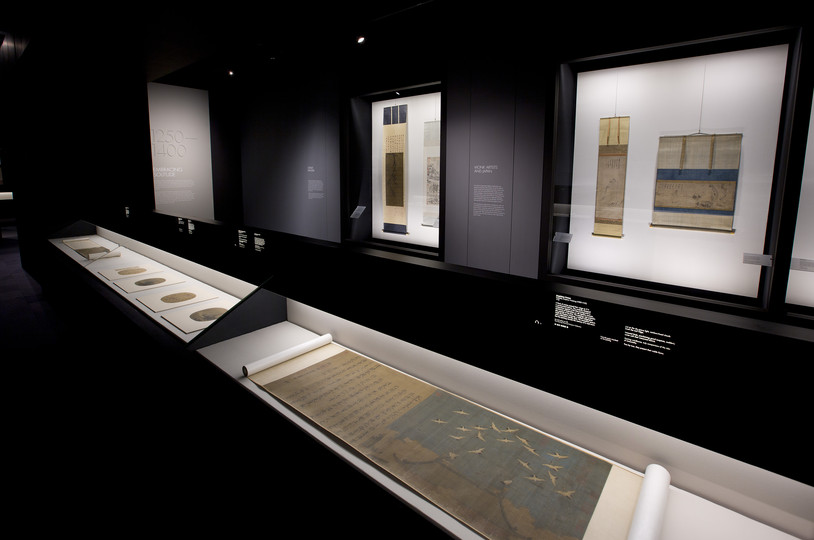 The most striking innovations in the section Embracing Solitude: 1250-1400 came from small groups of monks and scholars who were equally skilled in painting, calligraphy and poetry and encapsulated all within their works. These artists did not depend for their livelihood on commissions for palaces and official buildings but instead paintings for private display. Against a backdrop of suppression by the Mongol Yuan dynasty, many educated people retreated to living in reclusion and expressed themselves through contemplative works which channelled their inner thoughts and emotions. Subject matter moved away from depicting reality to a more stylistic approach, often laden with literary, philosophical and personal associations. Installation image of 'Masterpieces of Chinese Painting 700 - 1900' Credit line: (c) Victoria and Albert Museum, London 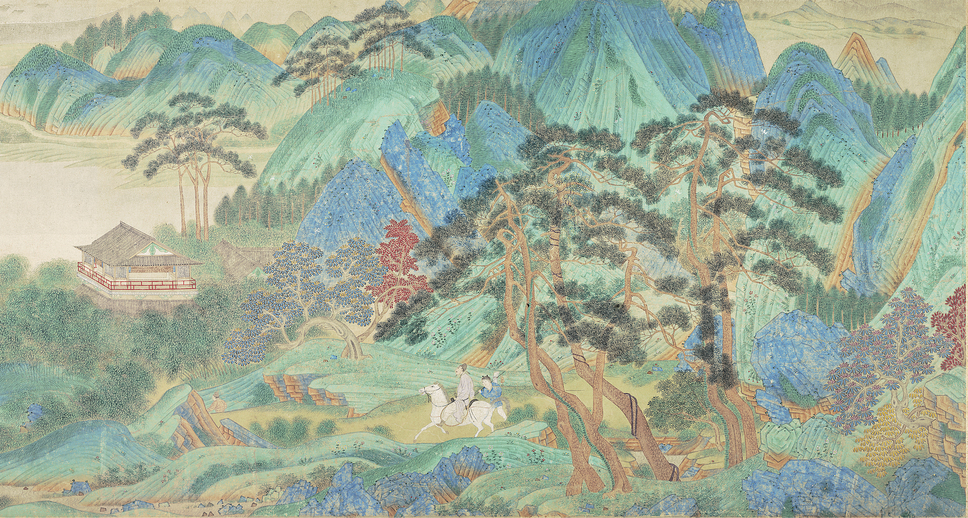 Many pictures were made for seasonal festivals or other auspicious occasions. Others were nostalgic evocations of earlier classical periods such as Qiu Ying’s Saying Farewell at Xunyang, which draws on the bright blue and green landscapes reminiscent of the Tang dynasty to convey a fairytale quality. Saying Farewell at Xunyang (detail) Artist: Qiu Ying (1495-1552) Date: 1st half of 16th century Credit line: The Nelson-Atkins Museum of Art, Kansas City, Photograph: John Lamberton 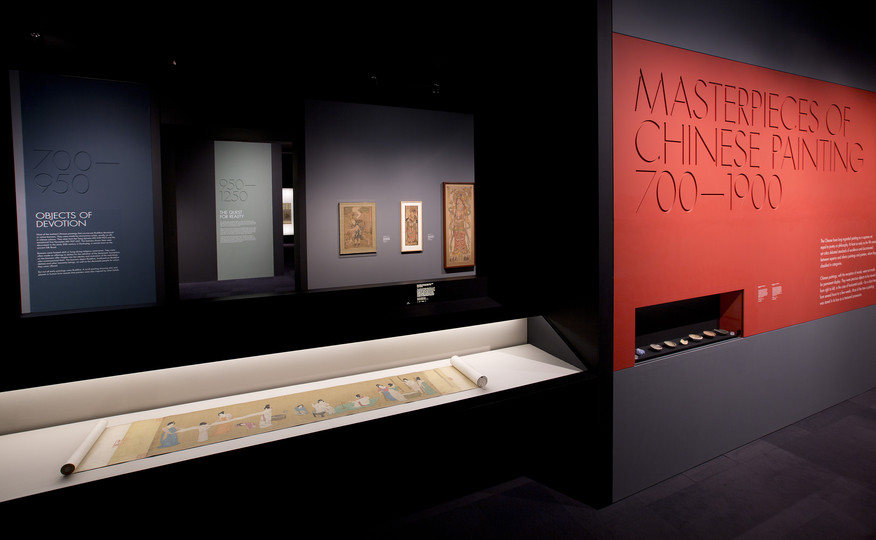 The show examines the recurrent themes and evolving aesthetics characteristic of Chinese paintings and will look at the constant interplay between tradition and innovation. It also shows how paintings were created for a variety of settings from tombs, temples, palaces, domestic houses and private gardens and in a range of formats from banners, screens, hand-held fans to portable handscrolls and hanging scrolls. Installation image of 'Masterpieces of Chinese Painting 700 - 1900' Credit line: (c) Victoria and Albert Museum, London