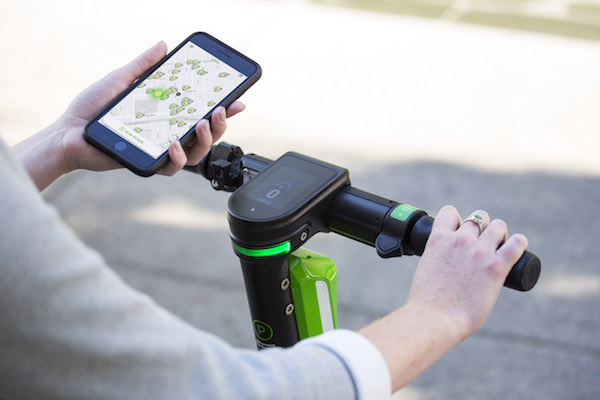 & collect
The German Ministry of Transport announced that it will legalize e-scooters as road vehicles. All Germans over the age of 15 will be legally able to ride a scooter up to 12 km/h on roads, bike paths and sidewalks. This also means that insurance coverage will be provided in the event of accidents that may occur between e-scooter drivers, cars and pedestrians.

Children and adults riding on scooters are a common urban scene in European cities. The most active place for the e-scooter business in Europe is Madrid, the capital of Spain. As soon as the European Union legalized the use of scooters in 2016, the Spanish government began to recommend them as an alternative means of transport in large cities in Spain.

At the end of 2018, when an 90-year-old pedestrian was killed by an e-scooter, the Spanish government temporarily ordered a suspension of services such as Lime, Wind and Voi (Sweden). These services have soon been reauthorized, however, e-scooter users must now obey new driving regulations, such as not exceeding a maximum speed of 25 km/h, driving only on roads and bus lanes, and giving pedestrian priority.

Developed countries have long been striving to reduce urban traffic and automobile emissions and to switch to more environmentally friendly means of transport. Therefore the use of bicycles and electric scooters has been encouraged for urban single-person transportation. While the bicycle sharing business is not any more gaining much attention, more e-scooter startups are trying to get a slice of the mobility market.

Uber and Lime have been the first e-scooter sharing service companies to enter the European market. Recently, Bird, run by Google parent company Alphabet, has entered the competition. These companies all aim to expand into the European market based on their success in Los Angeles and San Francisco, which are notorious for heavy traffic. The Ford Motor Company is preparing to enter the urban e-mobility market, and German automaker Volkswagen said it plans to launch its own e-scooter, e-skateboard and e-bike in the near future.

Policymakers in continental European countries are generally responsive to the popularization of e-scooters. However, many countries still postpone their legalization for safety reasons. Traffic accidents increase when scooters are used on pedestrian sidewalks at speeds of 15-30 km/h. Also a higher rate of car accidents is likely to occur when e-scooters drive on roads.

Chinese companies have entered the European mobility market early on with two e-bike sharing companies, Ofo and Mobike. However, they have been struggling with missing parking and charging facilities, theft, vandalism, and user data breaches, and finally stopped operations.

Can the real problem be solved with e-scooters? Some experts say that e-scooters are the future of mobility. But others criticize that the e-scooter boom is not a long-term solution, but rather a short-term fix for cities struggling to come up with viable solutions to the increasing problems of urban traffic. 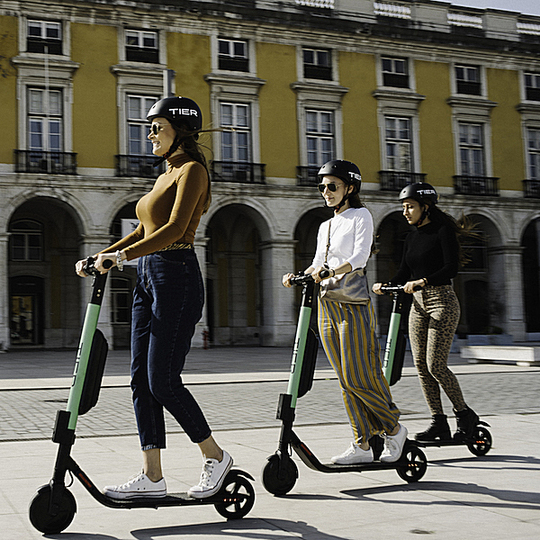 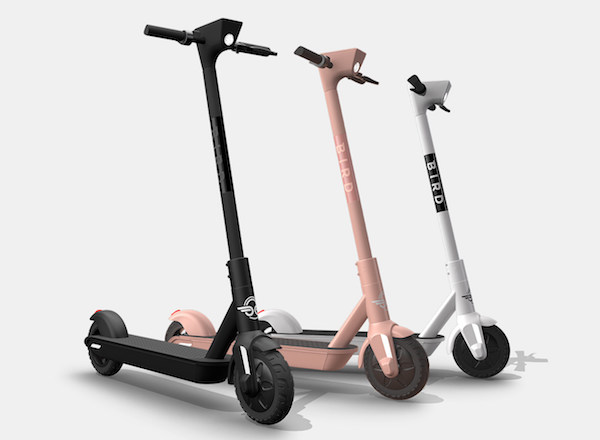 BirdOne is a new model released on May 8 by Bud, a US-based company. Bud has announced that it will stop purchasing the Ninebot ES model, which has been used for shared rentals, and replace it with 'Bird One' and 'Bird Zero' models. Their price is US $ 1,299. © PRNews Photo 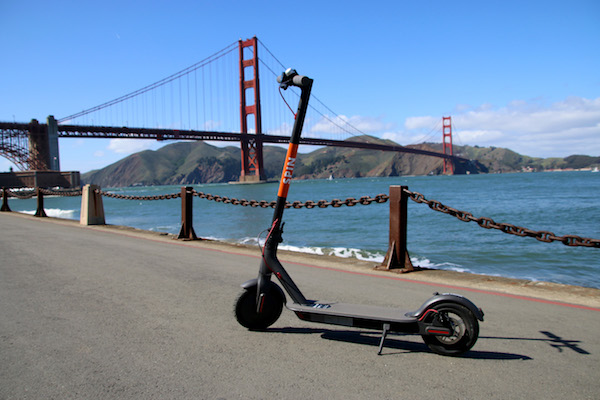 Spin was launched in San Francisco, USA in February 2018. Spin originally started out as a bike-sharing service start-up and was recently acquired by Ford Motor Company. Courtesy: Spin 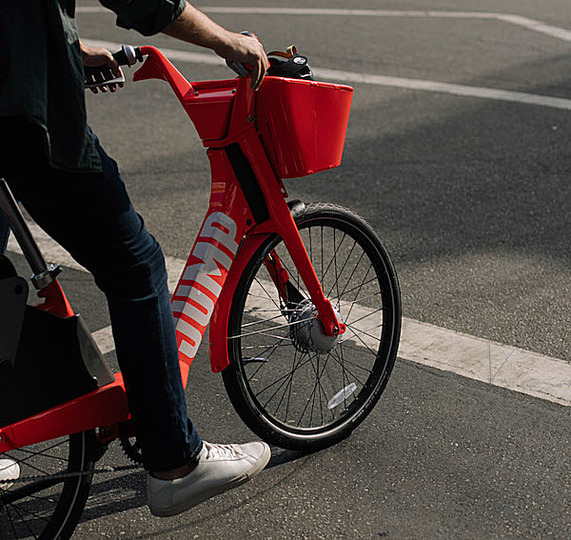 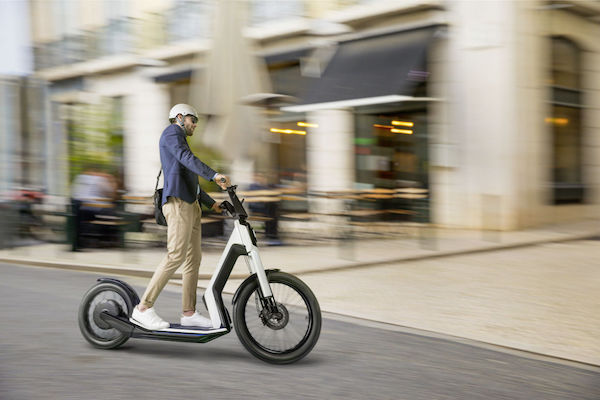 The 'Streetmate' urban scooter developed by German maker Volkswagen and Chinese startup Niu. The market launch date is yet to be determined. Courtesy: VW

To use the e-Scooter from Lime, a US-based e-Scooter-sharing company, you'll need a smartphone with the Lime app and a credit card for payment. The scooter model that Lime buys is a Segway-produced Ninebot. Courtesy: Lime.