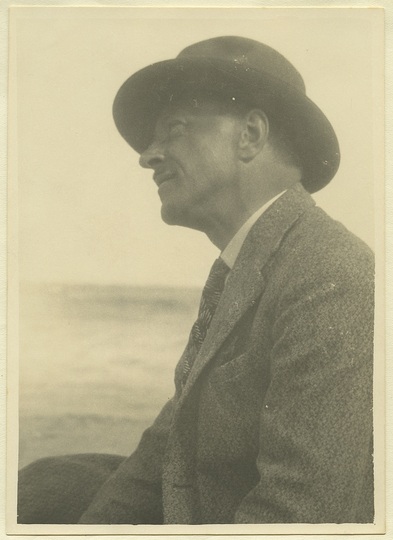 & collect
Until recently little was known about Franz von Zülow and his work. On the occasion of the 130th birthday of the Austrian graphic artist, MAK - Vienna Museum for Applied Arts is mounting an exhibition of works on paper by Franz von Zülow (active during the first half of the 20th century). 〈Franz von Zülow - Paper〉(27 November 2013 – 11 May 2014) is an interesting opportunity to catch a glimpse of the artist´s fascinations with non-European culture - especially Japan and the Mid-Eastern world -, his attachment to nature, and his meticulous craftsmanship in handling paper. All images courtesy: © Museum für Angewandte Kunst, Wien.
share Franz von Zülow
g t l v w f
penccil.com/gallery.php?show=7101 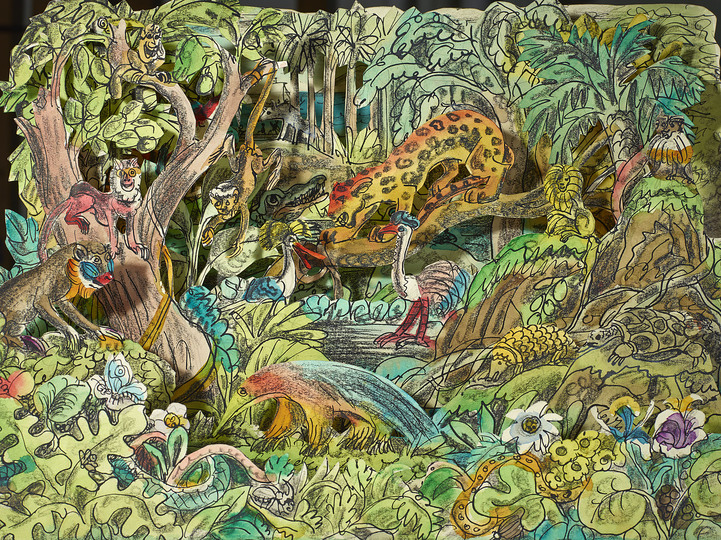 Over his entire career, which was characterized above all by graphic art, Zülow repeatedly created works for children. He drew stage set-like watercolors and carousel picture books in a dioramic style, and it seems almost a given that Zülow eventually went on to develop puppet theaters with paper scenery, including the carousel picture book 〈Aus 1000 und 1 Nacht〉 [One Thousand and One Nights] (1946) shown in the exhibition. His later picture book 〈Gloria in Excelsis Deo〉 (1954) is characterized by impressive variety, intense colors, and the light, weightless design of its three- dimensional staging. Similar things can be said of the watercolored work 〈Urwaldtiere〉 [Jungle Animals] (created before 1955), which consists of six pictorial surfaces layered in a stage-like manner. Franz von Zülow, 〈Urwaldtiere〉 [Jungle Animals], before 1956 © MAK/Georg Mayer. 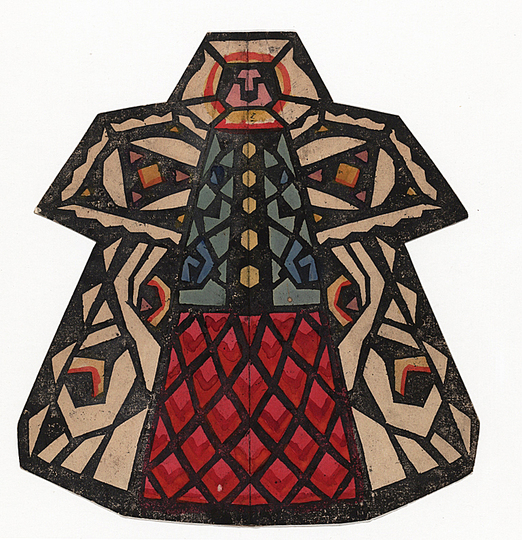 Like many of his colleagues his time, Zülow was strongly influenced by the art of Katagami. In 1903, he adapted the paper stencil technique to create a printing process, which he had patented in 1907 as “paper-cut printing”. This process enabled him to produce several prints from each design.Engel [Angel], folded figure, ca. 1908, Hand-colored paper-cut print © MAK. 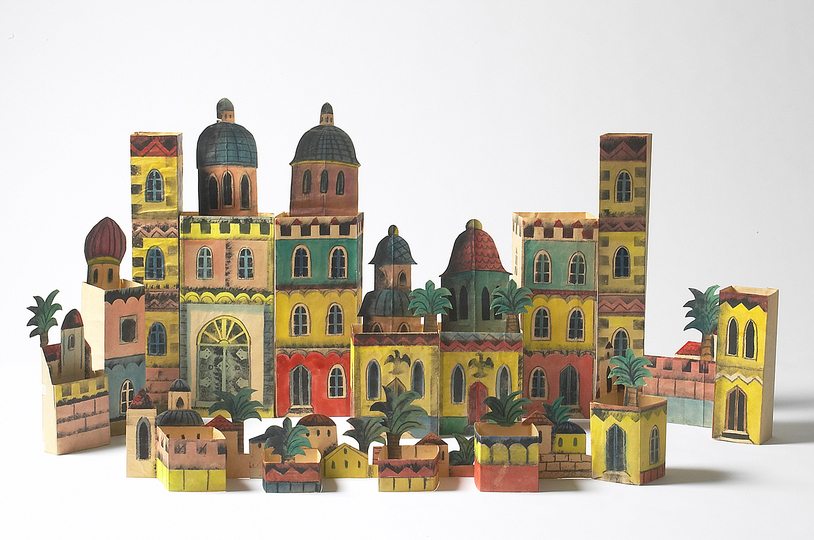 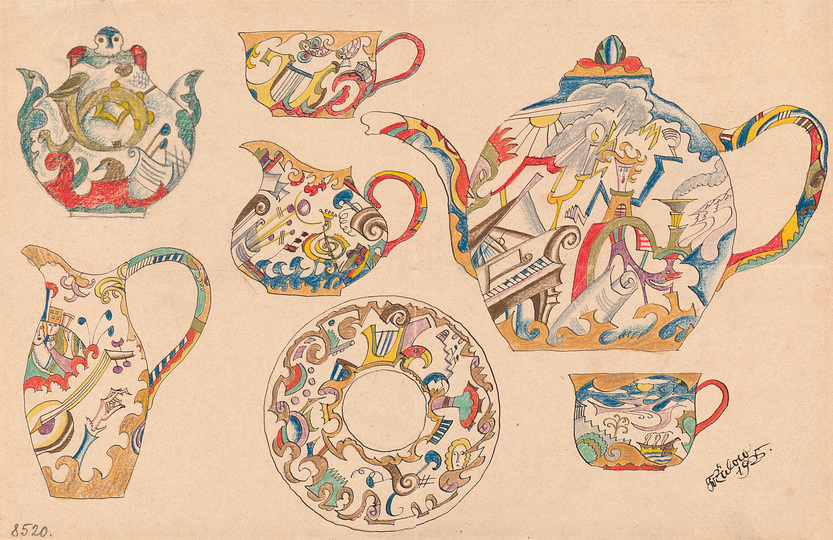 Since Zülow remained strongly anchored in the world of craftsmanship, it was easy for him to provide designs for the Schleiss ceramics workshop in Gmunden and the Augarten Porcelain Manufactory. Design for a tea service, 1925 Pencil, india ink, colored pencil, watercolors, paper © MAK. 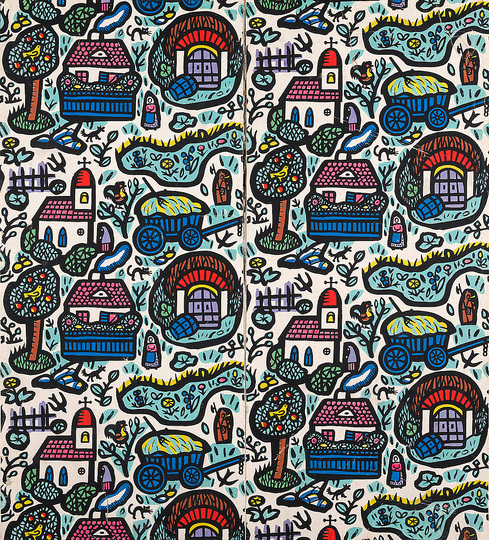 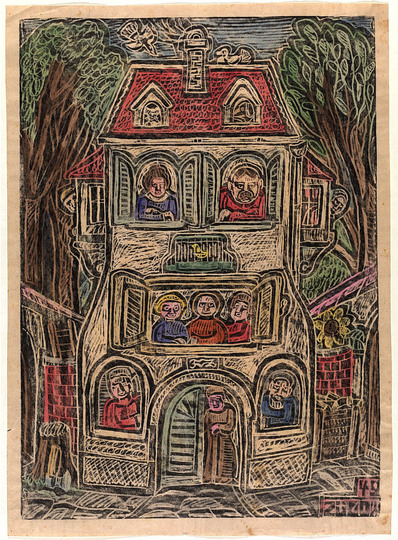 Zülow was also commissioned by Josef Hoffmann to provide designs for the wallpaper to be used in the nursery of Stoclet House. These were ultimately not used, however, even though both their serial arrangement and their figural elements, strongly reduced to geometric forms, would have harmonized well with the villa’s architecture. Alles besetzt [Everything Occupied], 1942, Frottage © MAK.

Franz von Zülow’s decorative, Jugendstil-derived planar art, which he combined with folk art inspirations, is particularly clear to see in his 〈Monatshefte〉, which were sub-scribed to by artists including Josef Hoffmann, Gustav Klimt, and Egon Schiele, as well as in his later work. 〈Die 12 Monate〉 (1921), a portfolio created for the Wiener Werkstätte that contained depictions of the year’s 12 months. In 1927, Zülow landed one of his most widely received commissions: graphic work for the tobacco producer Tabakregie, which saw him design both cigarette packs and the company’s product catalogue. Monthly Booklet, July 1911, India ink, hand-colored with children’s watercolors © MAK. Franz von Zülow first made a name for himself with original, self-published monthly booklets called Monatshefte, which he hand-painted or printed in very small runs from December 1909 to July 1915. Monthly Booklet, February 1910, Paper-cut print © MAK. 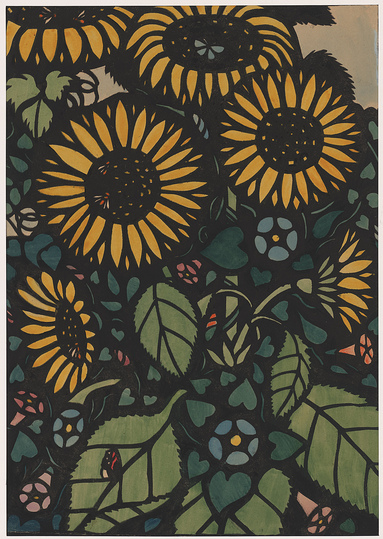 Decorative works make up the largest category within his oeuvre. It was in wallpaper, pictorial broadsheets, and wall decorations that his unmistakable artistic handwriting could most clearly be seen—and demand for Zülow’s work took off. He went on to create decorative frescos and tapestries, including a large wall tapestry for the Ankara residence of Mustafa Kemal Pasha (later known as Atatürk) in 1932. Sonnenblumen [Sunflowers], folding screen decoration, 1904 Hand-colored paper-cut print © MAK. 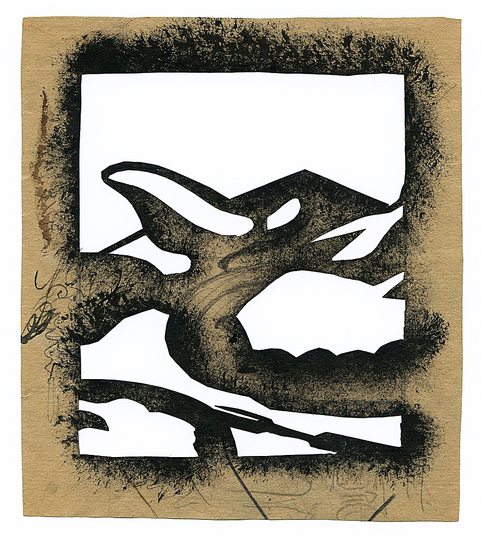 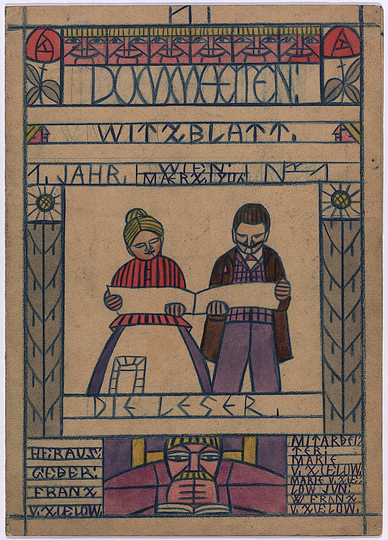 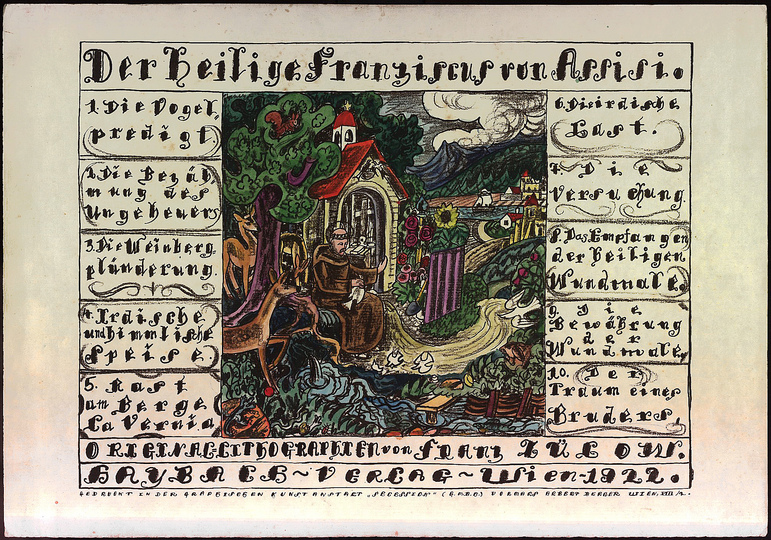 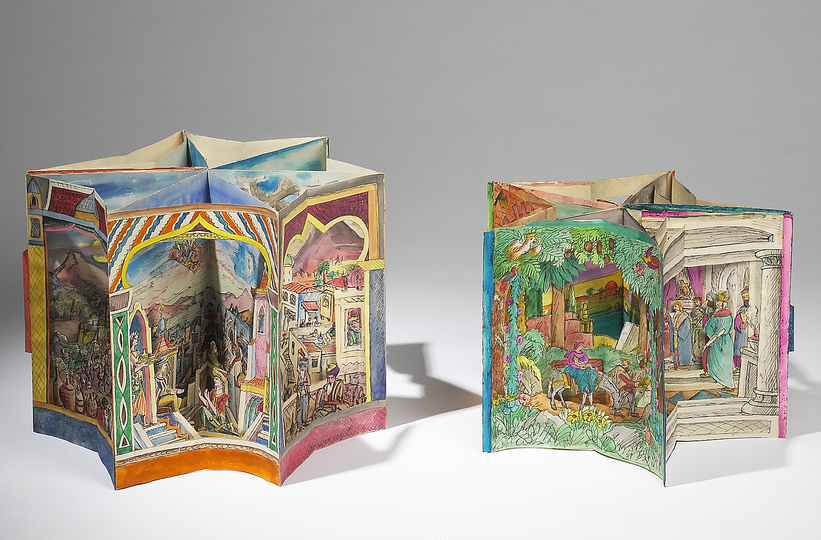 In 1947, having reached the zenith of his success, Zülow set to work on a painting handbook entitled 〈Die Malfibel〉, which contained a compilation of those techniques for the decoration of everyday items that he deemed most important as examples to be followed. Using 82 illustrations, he explained six easy painting techniques that could be employed in printing and painting without elaborate equipment or preparations—and in doing so, he also conserved the aesthetic sensibility that he had acquired in turn-of-the-century Vienna. Concertina picture book From left to right: 1000 und 1 Nacht [One Thousand and One Nights], 1946, paste paper binding, pen and ink, watercolors, oil crayons; Gloria in Excelsis Deo, 1954, paste paper binding, pen and ink, watercolors © MAK/Georg Mayer.

His whole life long, Zülow remained a quintessential applied artist. Whether as a designer of fabrics and tapestries (Wiener Werkstätte) or of porcelain (Schleiss in Gmunden, Augarten Porcelain Manufactory), in his monumental frescos (the Bräuhotel in Lofer, Schärding’s town hall, Austrian Parliament), or in his designs for the fire curtain of Vienna’s Akademietheater and door decorations at the Kammerspiele in Linz: Franz von Zülow’s technical and material execution of his themes was exemplary in the fullest sense of the word. Portrait of Franz von Zülow on the beach of Sidi Bou Said, photograph, 1928 © Estate of Franz von Zülow.