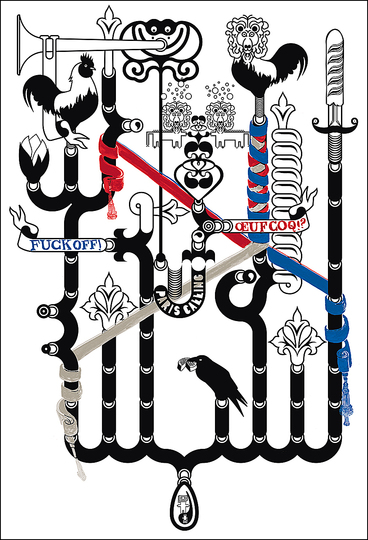 & collect
Having met at art school in Paris, M/M have since worked together as graphic designers and art directors on fashion, music and art projects. Originally working for small independent music labels, M/M soon caught the attention of the fashion world, and later developed long-term collaborations with a rich array of iconic artists, art directors and musical artists. Since founding M/M (Paris) in 1992, Augustyniak and Amzalag have had a strong hand in shaping the visual culture of the art, fashion and music worlds. They have had longstanding creative relationships with artists like Pierre Huyghe and Philippe Parreno and curators like Obrist. They have worked on catalogs for institutions like the Musée d’Art Moderne and the Pompidou Center. In 2005, M/M was part of a contemporary art show at the Palais de Tokyo in Paris and early last year had their first solo exhibition in a commercial gallery — Haunch of Venison in London (in Paris they are represented by Air de Paris). They have also designed productions for the Théâtre de Lorient in Brittany, ad campaigns for Balenciaga, Yohji Yamamoto and Calvin Klein Jeans and fashion editorials for V Magazine with their close friends and constant collaborators, the Dutch photographers Inez van Lamsweerde and Vinoodh Matadin.
share M/M (Paris)
g t l v w f
penccil.com/gallery.php?show=9229 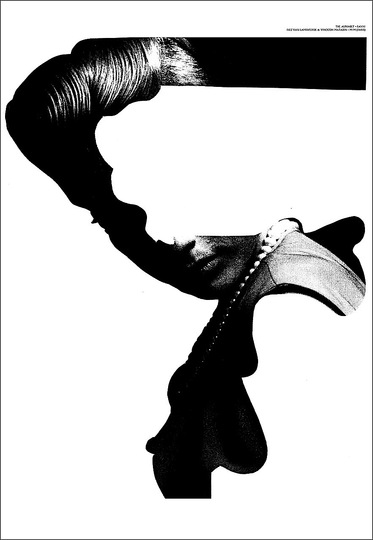 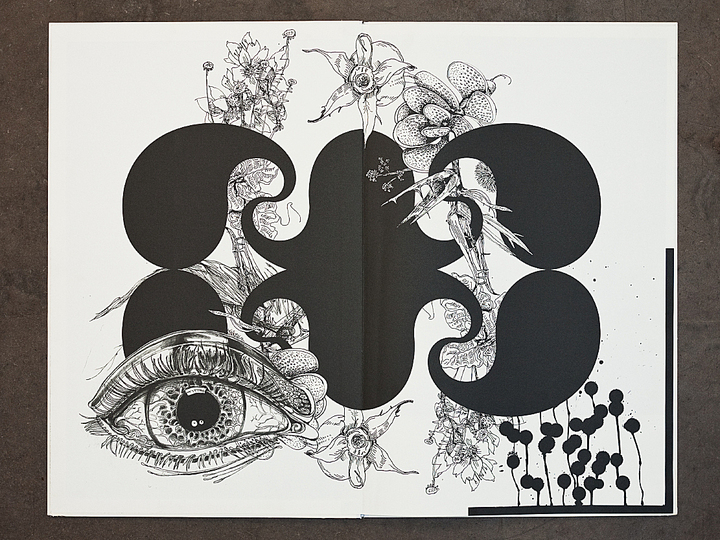 le grand livre 2004 introduction by cristina ricupero, interview by hans ulrich obrist edited and designed at m/m (paris) published by sternberg press hardcover, 32 x 51 cm, 24 pages, 12 photographs isbn 978-1-933128-01-6 - published in a limited edition of 400 copies to accompany the exhibitions 'antigula' at the ursula blickle foundation (2004), this oversized book features images from m/m 'icônes, indices, symboles' exhibition in a gothic chapel for the chaumont design festival; the show for which they had originally designed the giant poster stand called 'sucette'. 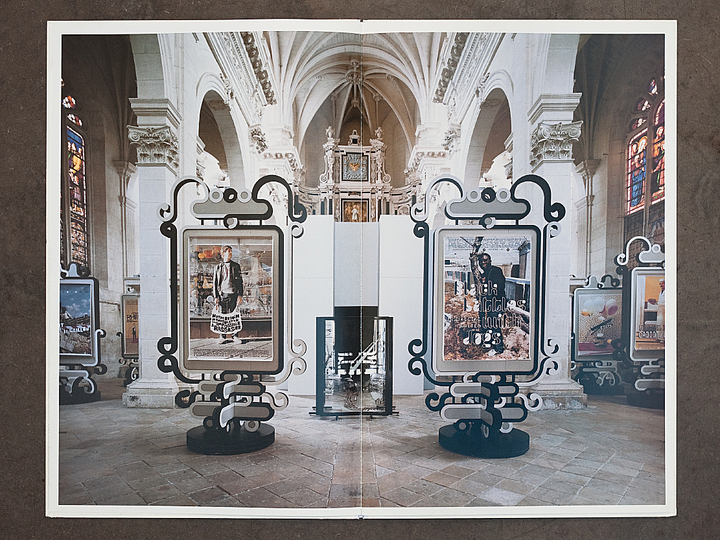 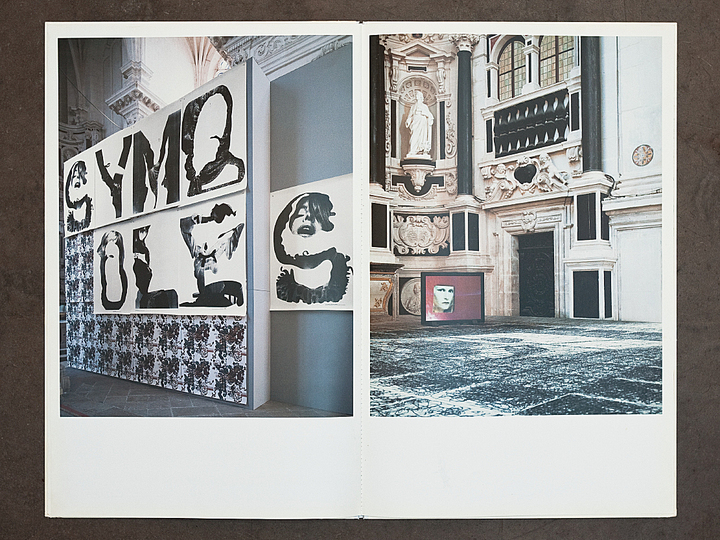 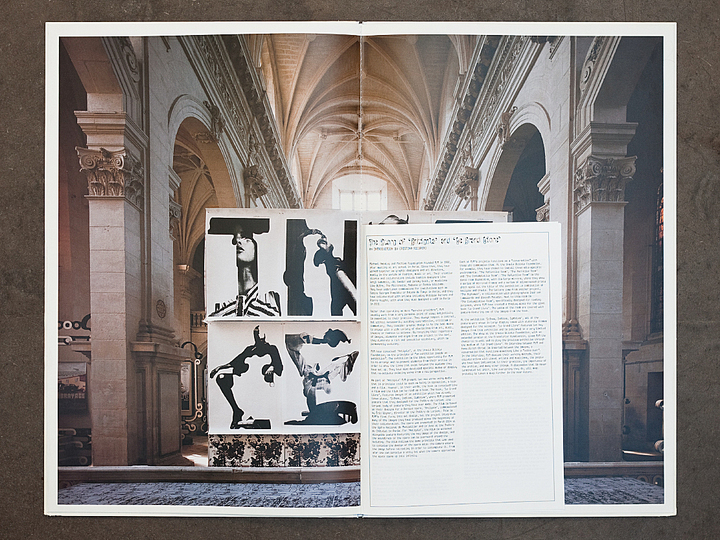 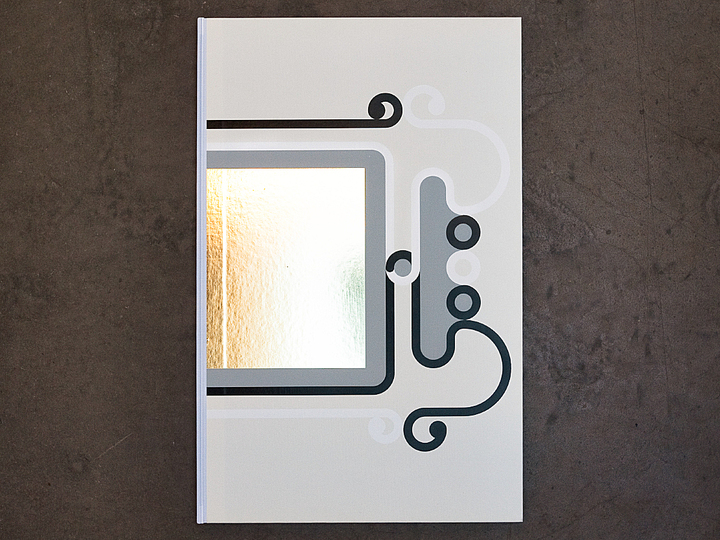 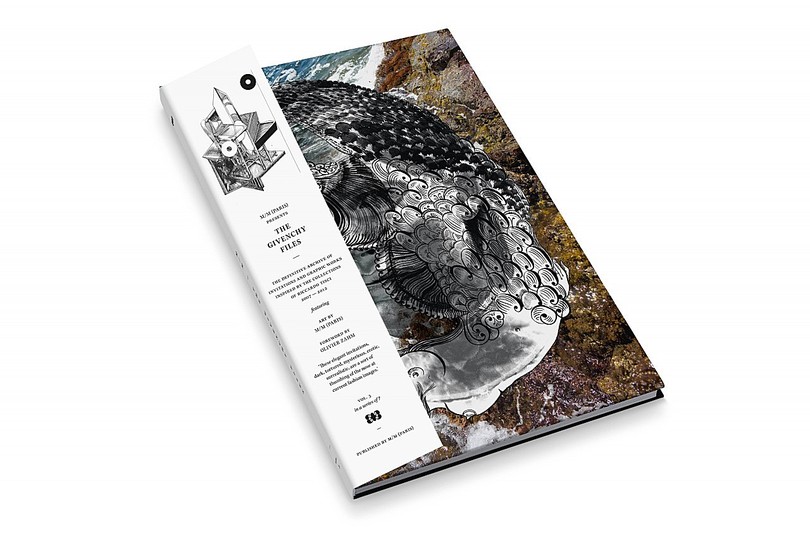 m/m (paris) presents the givenchy files : the definite archive of women, men and haute-couture invitations and graphic works (2007-2012) - featuring art by m/m (paris) foreword by olivier zahm — ‘these elegant invitations, dark, tortured, mysterious, erotic, surrealistic, are a sort of thumbing of the nose at current fashion images.’ - vol.3 in a series of ? - designed and published by m/m (paris) limited edition of 1500 copies, individually numbered from 1 to 1500, printed in color, hardbound and obi-strip, 64 pages english and french text 230 x 345 mm (13.5" x 9" approx) isbn 978-2-918392-04-0 — one day in spring 2003, a young man called riccardo tisci stopped by the studio of m/m (paris) to buy a couple of their alphabet posters he was admiring. two years later as the newly appointed creative director for givenchy, tisci invited m/m to develop an ever-expanding visual langage for the revered fashion house. invitation cards for his fashion shows have become a space of visual experimentations through which m/m freely express tisci’s inspirations. ‘hyper-chic propaganda, imperceptible appeals, juvenile graffiti, interweaving dark choruses and hypothetical calculations of the imaginary’, as described by olivier zahm, these invitations for the women, men and haute couture collections of givenchy are gathered for the first time in this publication, celebrating this fertile collaboration — an original and rare happening in fashion imagery that is still going strong. 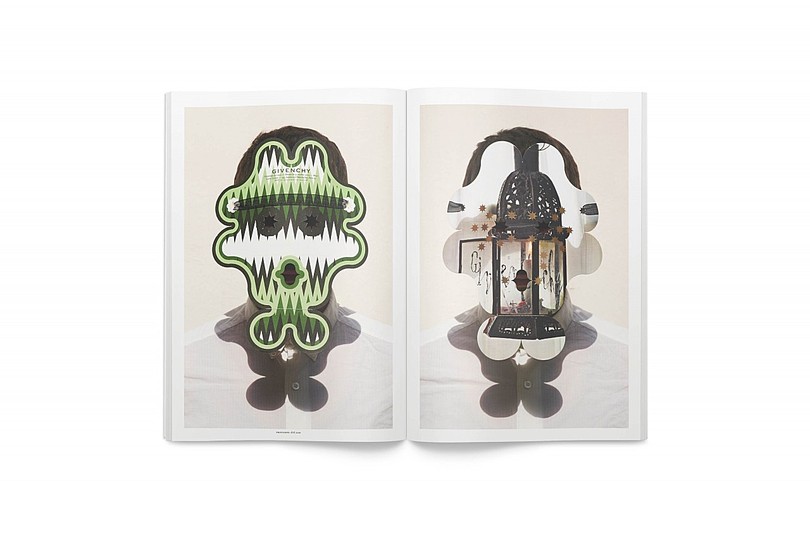 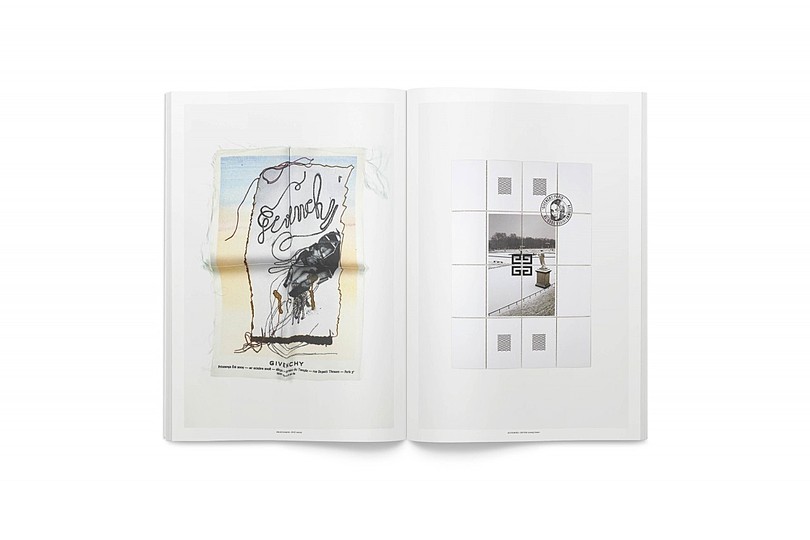 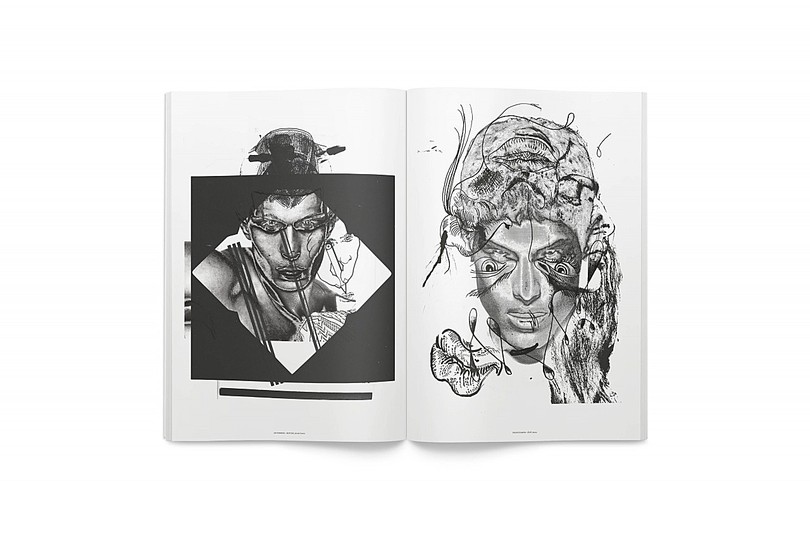 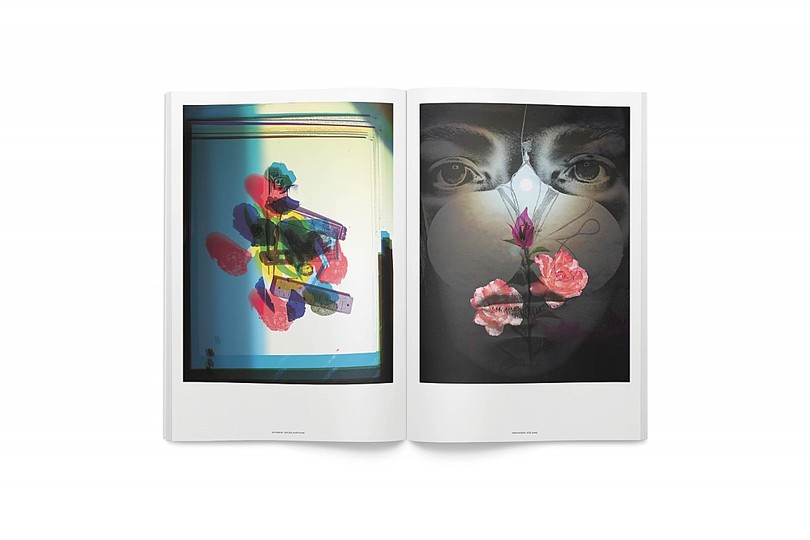 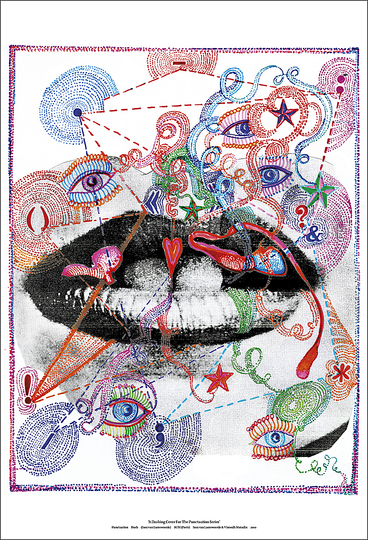 dash 2010 with inez van lamsweerde and vinoodh matadin double-sided silkscreen poster printed in 4 colours on the reverse side and 1 colour on the front. reverse side common to all posters from the series. 120x176cm approx (47x69") edition of 25 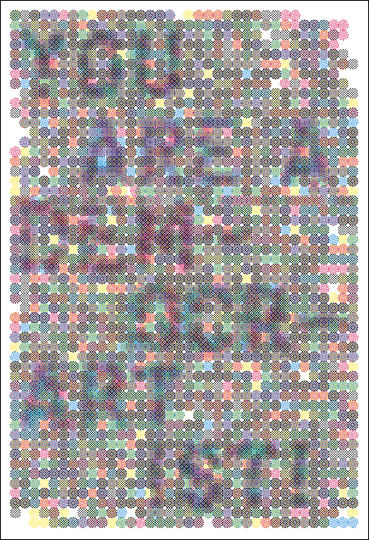 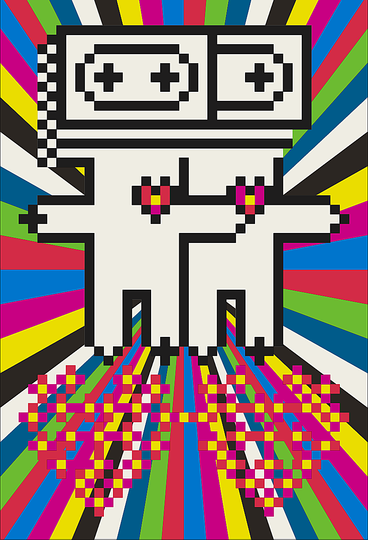 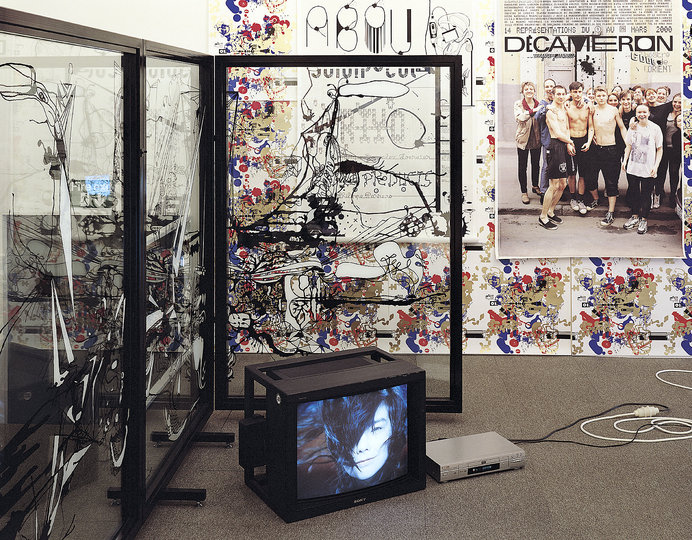 « While there is often a mirage of consensus in the London art world, the Paris scene remains complex, layered and critical. The ICA is therefore proud to present a major exhibition devoted to contemporary art, design and architecture from France. Bringing together graphic design, architecture, and visual art, this show features the acclaimed work of Pierre Huyghe, M/M (Paris), Philippe Parreno, and R&Sie… François Roche/Stephanie Lavaux. 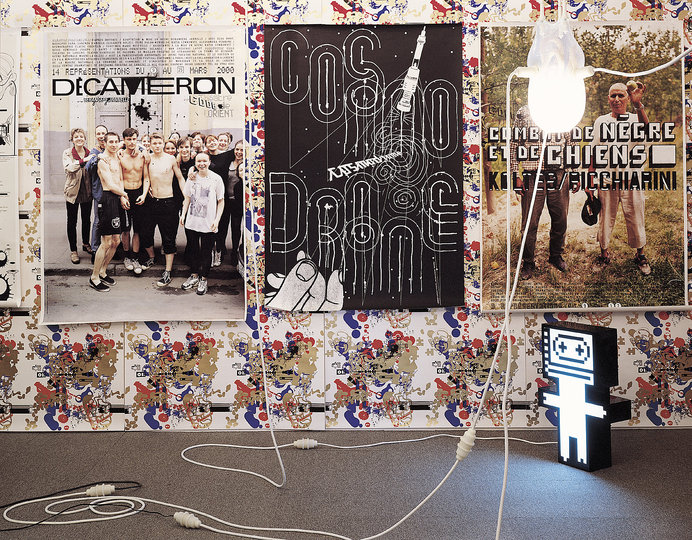 Each participant creates and plays with the construction of "landscapes". The exhibition serves to illuminate the way each artist works and reveals their experimental working methods alongside new projects under development. This is a show, which questions the idea of what an exhibition can be. It is a presentation where artists work in a common space, establishing points of friction and intersection while exploring the spaces where disciplines meet.

Throughout his artistic practice, Pierre Huyghe has questioned, in many different ways, the conditions and reception that existing forms produce. Rather than being interested in the final result or product, Pierre Huyghe prefers to inquire into a set of relations going from production to distribution to reception. Very often in his works, what is at stake is not what is represented but its interpretation. He has thus questioned the position of the spectator as observer as his memory. Many of his works are a reactivation of meaning, a way to see how a model can be prolonged within the pre-existing structures we are confronted with everyday. At the Venice Biennale (2001) Pierre Huyghe installed three-rooms in the French Pavilion where he showed a lamp prototype that was made in collaboration with M/M (Paris) and Philippe Parreno. The lamp prototype again made an appearance at the ICA in the lower gallery. The lamp, with its sprawl of lights, rises from a central seating cluster up to the ceiling from where they drop weightlessly into the air. The lamp will act as a meeting point - much like a bench in a shopping plaza - where visitors enter from the adjoining rooms showing vast video projections of urban terrain – featuring examples of democratic, egalitarian utopian architecture - by Pierre Huyghe ("Les Grands Ensembles") and Philippe Parreno ("Credits"). The lamp, sitting in a room covered floor to ceiling with M/M wallpaper posters is networked to multiple points and plugs externally to a TV screen playing M/M videos and robotic light boxes made by M/M as part of an unlimited edition called "The Portal". 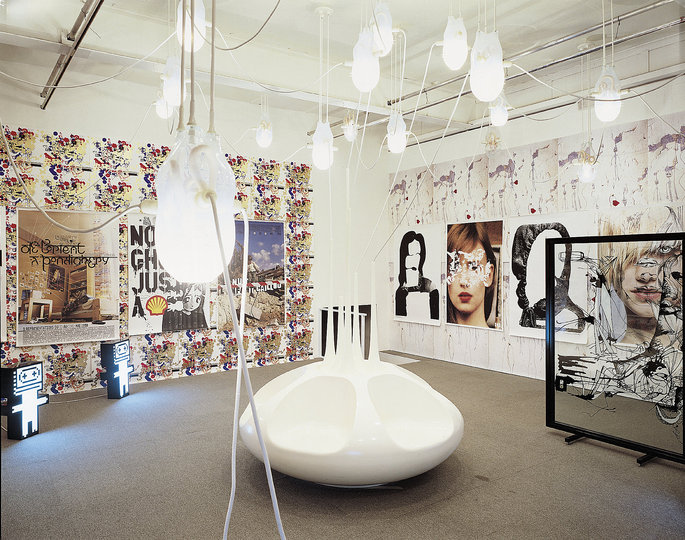 M/M (Paris), one of the most interesting graphic design teams today, is a partnership between Michael Amzalag and Mathias Augustyniak. They have most recently worked with Björk, on her new album "Vespertine", on which they co-directed the video "Hidden Place" with Inez van Lamweerde & Vinoodh Matadin. Their partnership as graphic designers began in 1991 in Paris in the music industry and their range of activities and interests has spiralled into a wide range of fields. M/M are now as much involved in art as they are in fashion or in music; and their graphic work is as much acclaimed by the art world as by those who most value its functionality. Philippe Parreno's artistic practice embodies the logic of conversation and dialogue - what he calls an 'aesthetic of alliances'; he is indifferent to signatures and questions conventional models of exhibition making. He has collaborated with other artists on a wide range of projects, including Pierre Huyghe. Throughout the past, both Pierre Huyghe and Philippe Parreno have explored, in different ways, the context and notion of the exhibition. For both artists the exhibition is a place for debate that should be conceived neither in terms of forms nor objects but of formats of representation for interpreting the world. It is not only a question of showing images but of presenting a method. A method where discussion leads to the elaboration of a non-rigid, non-vectorial type of thought. Following this logic, Philippe Parreno, together with Pierre Huyghe, acquired the rights for a cut-price Manga character from an agency in Japan specializing in off-the-shelf creations. The character, a little girl called Ann Lee, and her computer file, are available as part of an ongoing project in which several artists have been asked to adopt her and offer her a story. Prior to being bought by Parreno and Huyghe, Ann Lee was a character without a future, designed to join any kind of story, but with no chance of surviving any of them. Now Ann Lee's destiny, I the hands of her adoptive artists will, has the chance to live out multiple stories and personalities under the collective title "No Ghost Just A Shell". With the Ann Lee project notions of authorship, copyright, and representation are blurred, whilst interrelations and connections between individual artists are formed. M/M have designed an Ann Lee poster for all the exhibitions where she will appear, including the Museum of Modern Art, San Francisco, April 2002, where all the artists contributing to the project will exhibit their versions of Ann Lee. Artists contributing to the project include Dominique Gonzalez-Foerster, Liam Gillick, Rikrit Tiravanija, Pierre Joseph, François Curlet, Joe Scanlan, Angela Bulloch, Lili Fleury, Anna Lena Vaney. At the ICA, in the upper galleries, Philippe Parreno and Pierre Huyghe will show the very first version of Ann Lee, the lauching of the project, together with '6pm', a silhouetted carpet created by both artists, and the generic Ann Lee poster by M/M, "No Ghost Just A Shell". 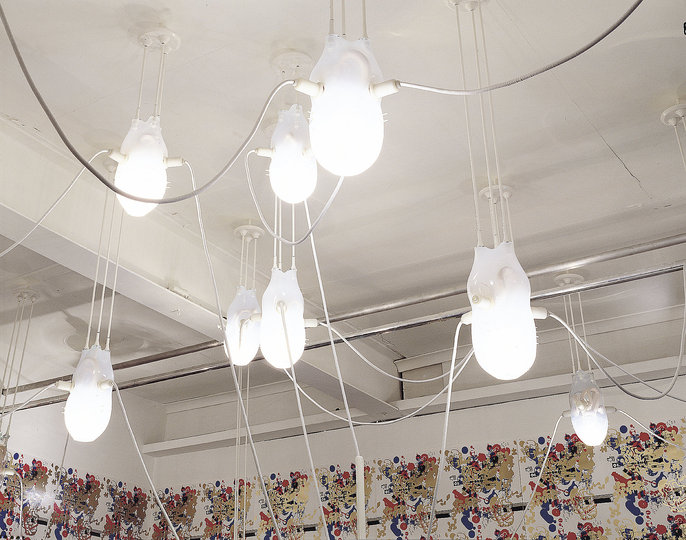 The architecture of R&Sie...François Roche/Stephanie Lavaux is inseparable from the environment; one might speak of a kind of furtive architecture. In his projects, François Roche attempts to refrain from radically modifying the territory, seeking a form of dialogue with it that is entropic and organic. He is currently undertaking a critical experiment with new morphing technologies to prompt architectural 'scenarios' of cartographic distortion, substitution, and territorial mutations. François Roche will show a video projection of the morphing processes used in his architectural project in the ICA's upper galleries, with a hanging carousel of prints, and models of his latest works, including "Aspiration", "Maido", "Soweto", "(Un)Plug", "Scrambled Flat", "Ectoplasm", "Wireframe", "Extrusion", Shadow & Light" and "Overflow". Roche has shown at the Venice Bienale of Architecture three times, and in 2000 taught at the acclaimed Bartlett School of architecture, London. Collaboration is an ongoing practice between the artists. Pierre Huyghe and R&Sie…François Roche have already collaborated in the past and they are now working together on a project proposal for a museum of spices called "Ectoplasm'" an inflatable building in the centre of a lost French forest. François Roche and Philippe Parreno are working on a wire bridge restaurant project, which ebbs and flows with the weight of human traffic, and hangs precariously over the Canal de Bourgogne. Pierre Huyghe, Philippe Parreno and M/M (Paris) are also working in collaboration on a new café opening near Les Halles later in 2002. 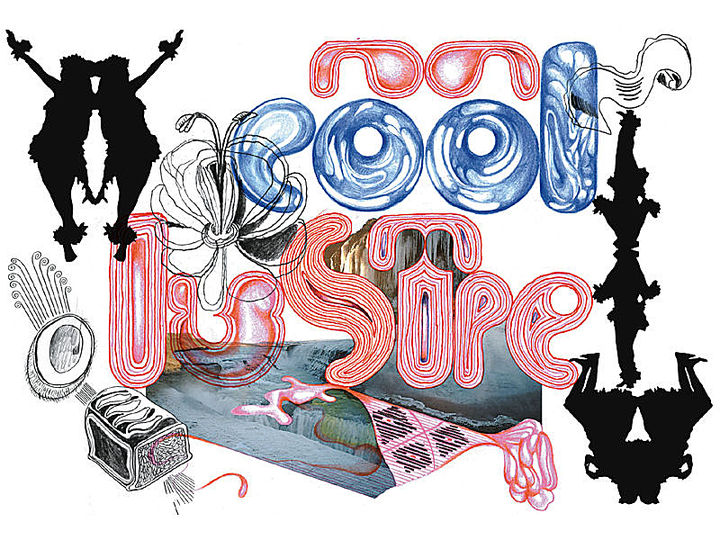 A lavishly illustrated publication designed by M/M (Paris), uniting installation views in situ of Coollustre, as well Éric Troncy’s other exhibitions in the trilogy Dramatically Different and Weather Everything is available in good art bookstores and through Les Presses du Réel. 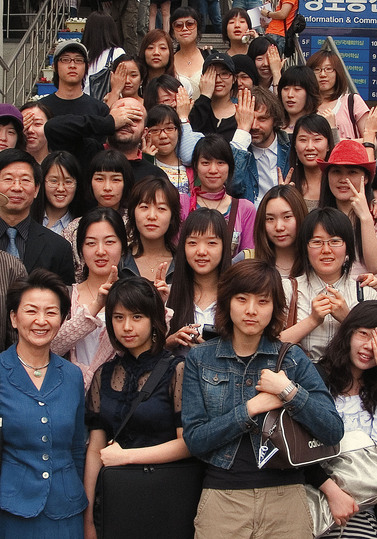 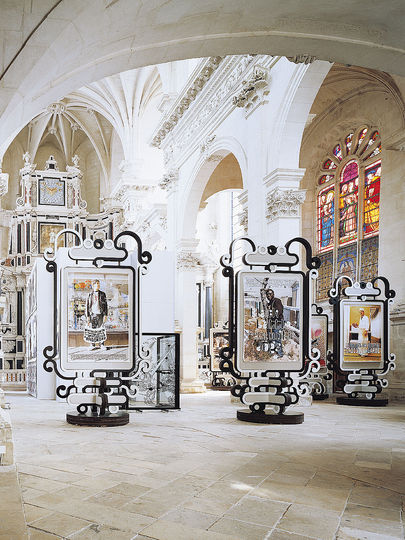 cosmodrome a project by dominique gonzalez-foerster and jay-jay johansson