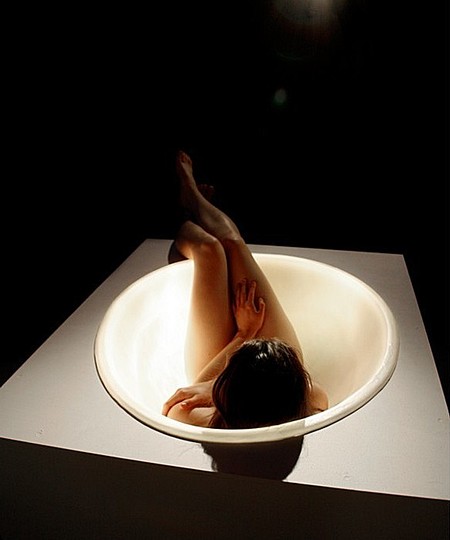 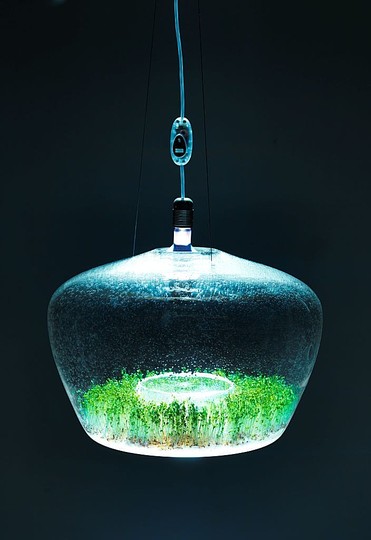 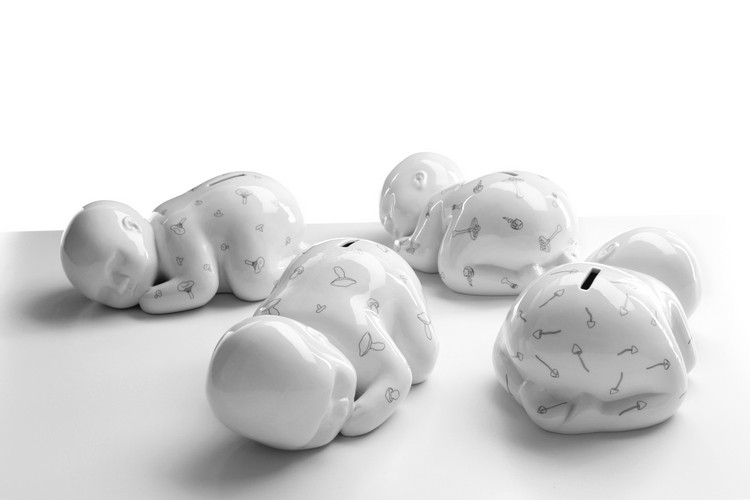 MimiKrikri is a china moneybox in which you can save money for your future child. It was created as a response to a present-day issue of women bearing their first children at a higher age. A number of young couples postpone having a child for financial reasons – they would lose the comfort that have built. Although their financial situation improves in the course of the time, the couple’s demands are higher and the problem persists. A child is considered at a time when the chances of conceiving are small and the pregnancy may then be hazardous. MiniKrikri is a money box in the symbolic shape of a sleeping baby. Little mushrooms are printed on the surface of the moneybox – this may remind people of an old Czech proverb that says that an unborn child is already somewhere in the world picking mushrooms. 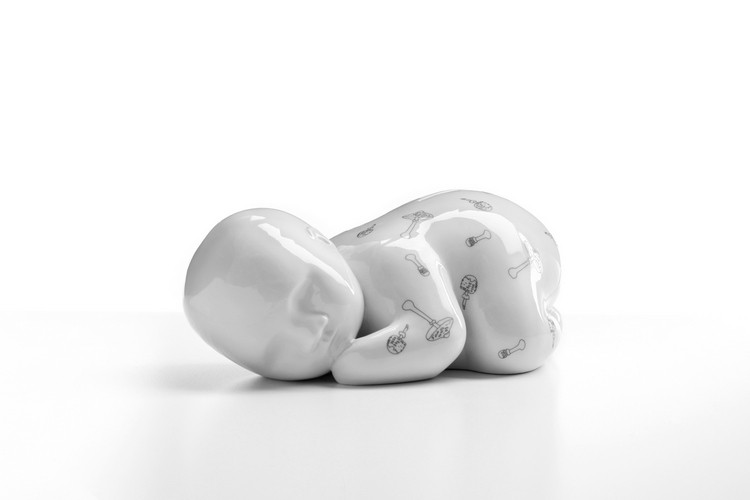 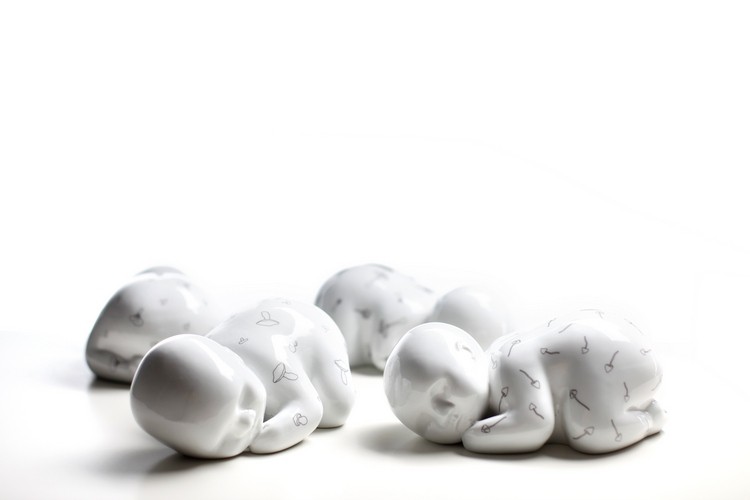 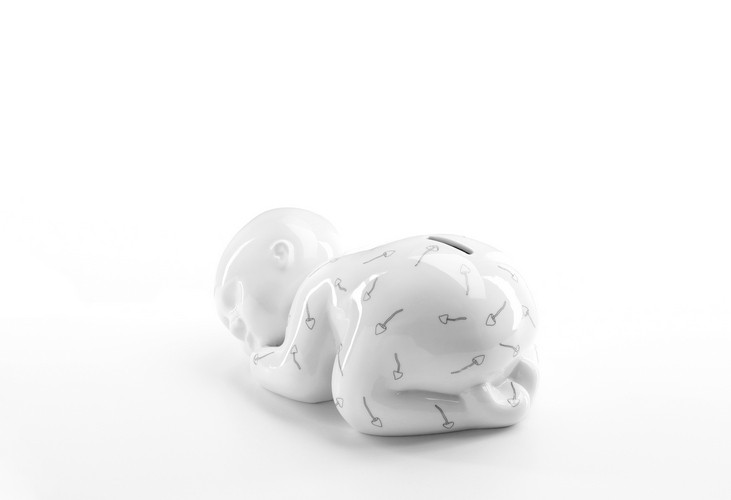 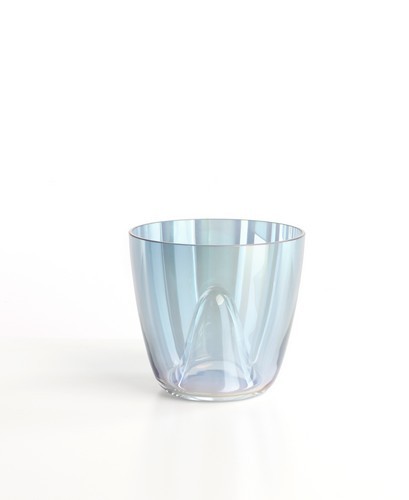 This is a glass whose name suggests a story behind drinking. Alkoholik is meant for drinking dark alcoholic beverages (red wine, whiskey, etc.). While drinking, step by step, a little bulging mirror-coated island emerges inside the glass. The drinker sees his/her reflection on the deserted island - and the more they drink, the bigger the abyss between them and the rest of the world gets. Alkoholik is particularly suitable for drinks on the rocks; the ice cubes swirl nicely around the island. The island was created by forcing the bottom of the glass in, so you can put your finger in it. When saying Cheers! the glasses give a resonant sound like bell ringing. 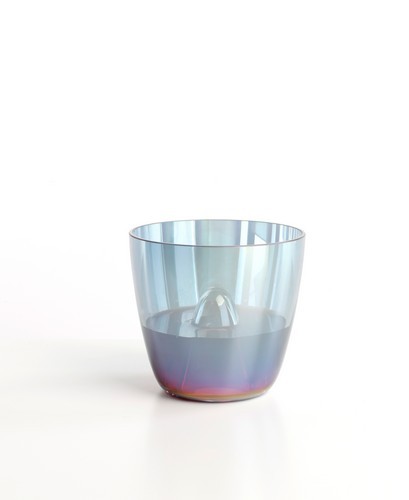 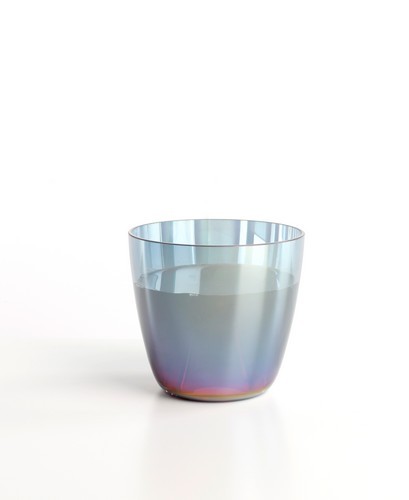 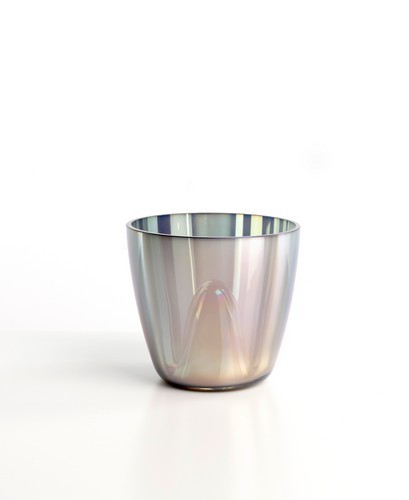 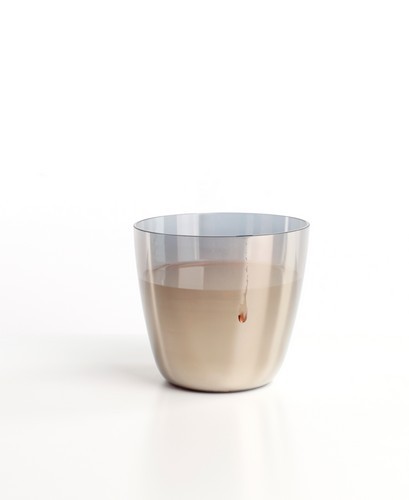 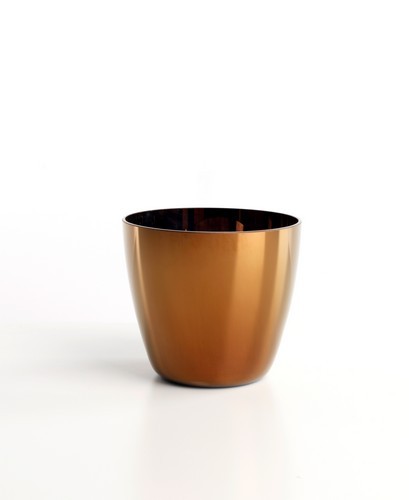 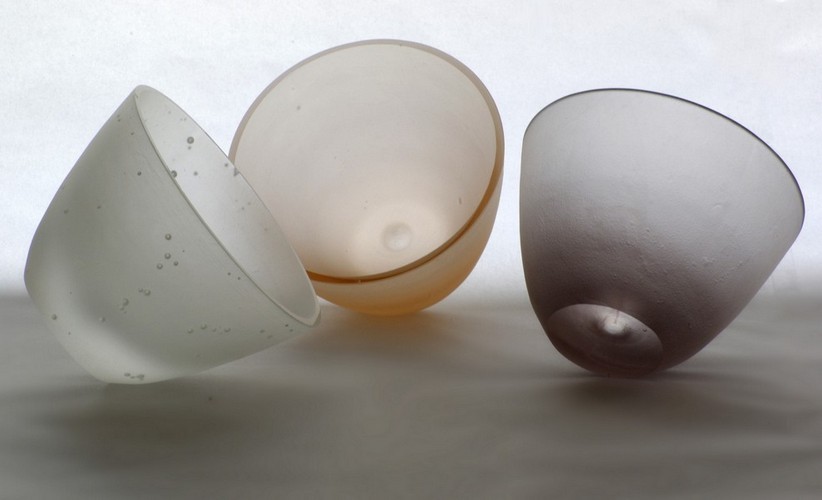 Titty Bowls are inspired by childhood and baby food - after being born the baby sucks from the mother´s breast. Titty Bowls are designed for pudding (popular milk food). Their inner side is breast-shaped and after the pudding congelates you can turn the bowl up and get a sweet jelly titty this way. The bowls are suitable for kids and their daddies, too. 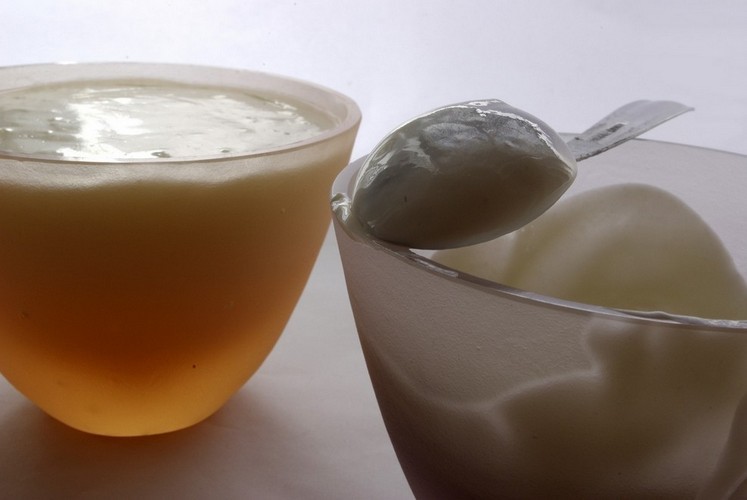 The Glasshouse is a designer lamp which aims to satisfy the desire for fresh herbs in a city kitchen. Its shape was inspired by growth of plants. The herbs are planted inside the glass lamp along its wall in a kind of gutter around a central opening. This opening not only facilitates easy access to the herbs and the passage of light from an electric bulb hanging up in the lamp but it also ensures adequate ventilation enhancing natural microclimate. All this is basically about making use of the otherwise useless waste heat of the bulb. You can easily regulate the bulb with a dimmer placed over the lamp. 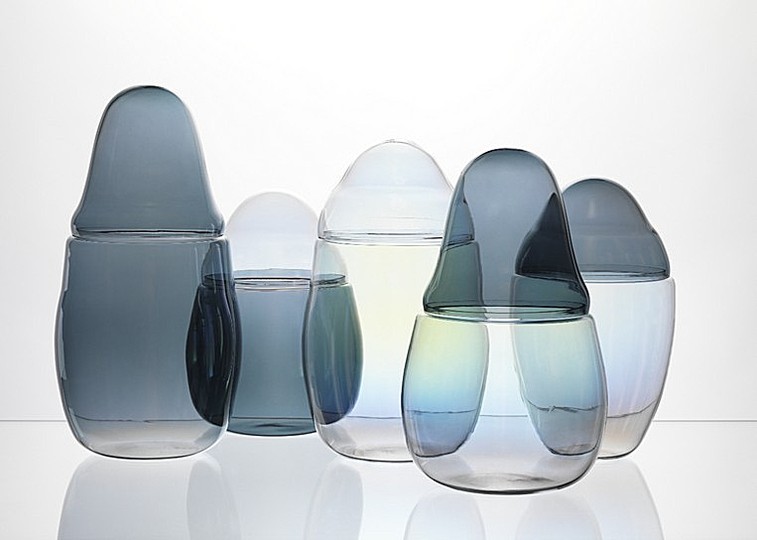 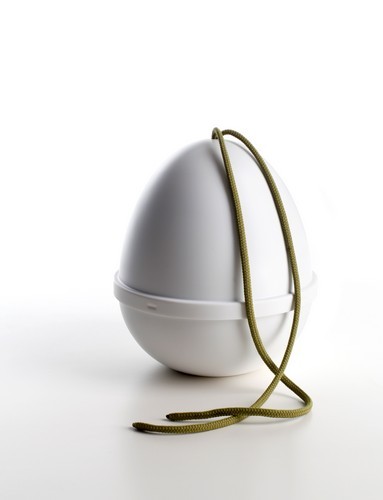 Emu is a vacuum bottle in the shape of an ostrich egg. The individual layers of the vacuum bottle correspond to the ostrich egg structure: 1. The first layer is a plastic cover which protects the inside from damage, in the same way eggshells protect the inside of eggs. 2. The next layer is an isolation layer, which works in the same way as air bubbles in eggs. This layer consists of plush, filling and rompers on the inside of the layer. The baby motifs symbolize the fragility and freshness of a baby as well as of the drink in the bottle. 3. The third layer is a glass container in the shape of an egg white, in which floating tea symbolizes an egg yolk. 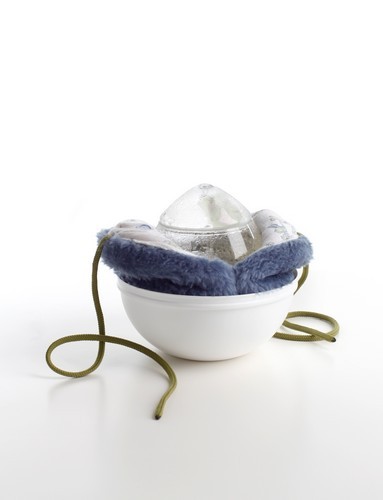 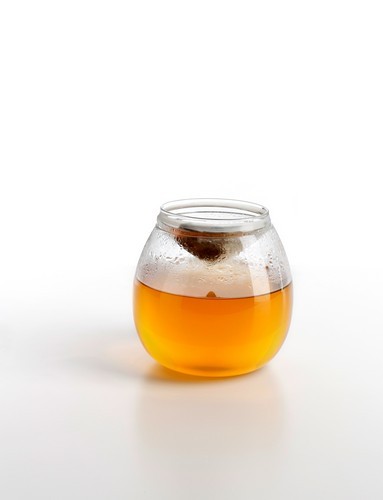 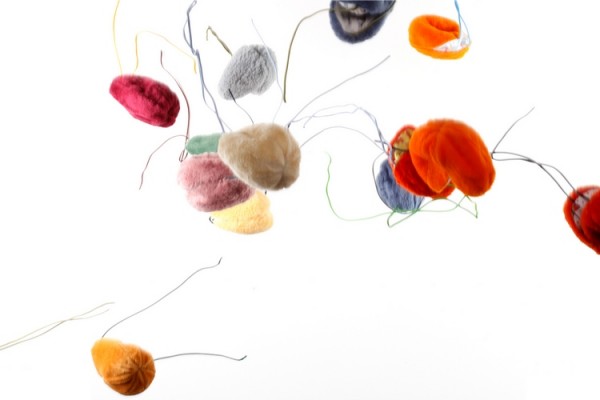 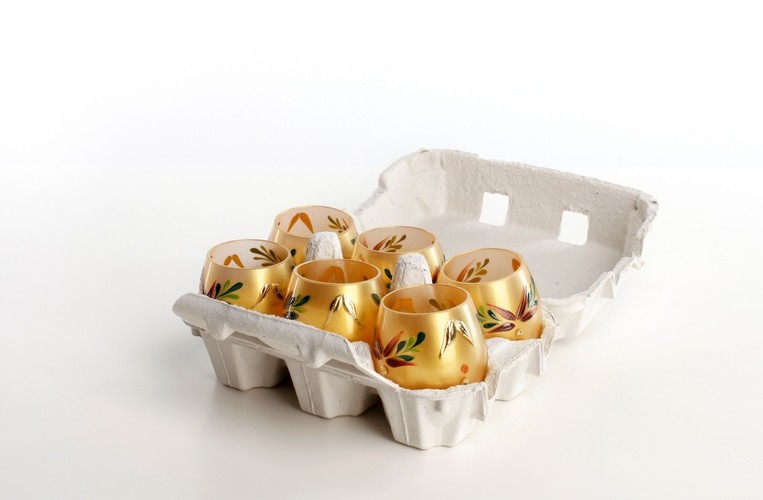 Klasik is a distinctively Czech glass. It has been designed for home-made egg liqueur. Chicken eggs, from which the liqueur is made, prompted the shape of the glass; its pattern reflects the traditional Easter egg patterns. The high enamel finish is typical of glassware for special occasions. Klasik glasses are set in egg containers made of recycled paper. The plain containers contrast with the luxurious glasses inside. Similar to an old chest hiding a treasure, this ordinary box hides the treasure of Czech culture and art. 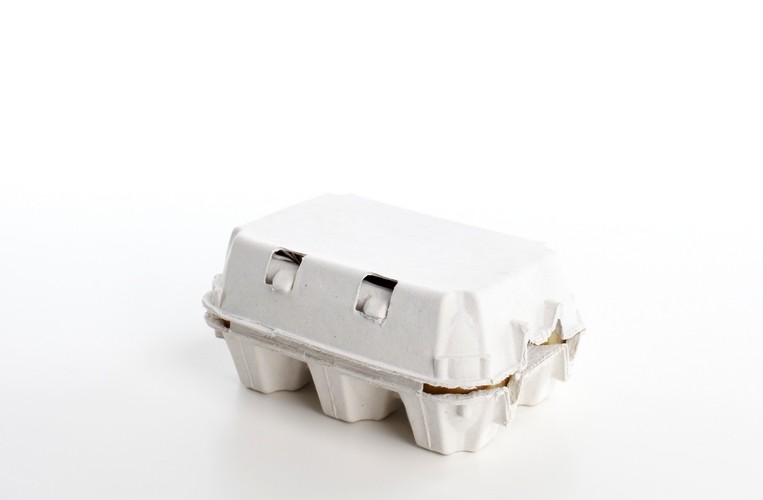 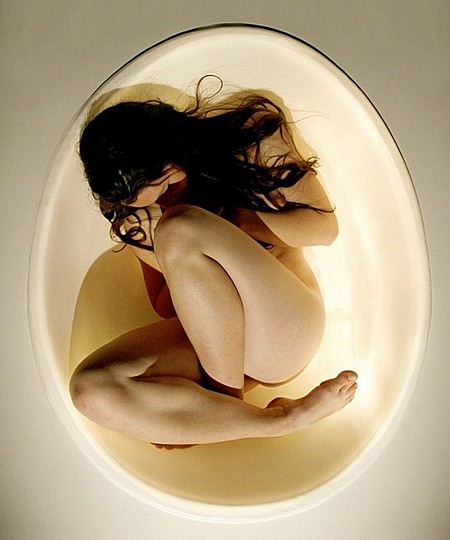 The idea behind my work is the familiar space as experienced during the prenatal period, resulting in the shape which is visual reminder of the room inhabited by the fetus in the womb. The scale of my work allows an adult to use this basin as a safe and protected environment. 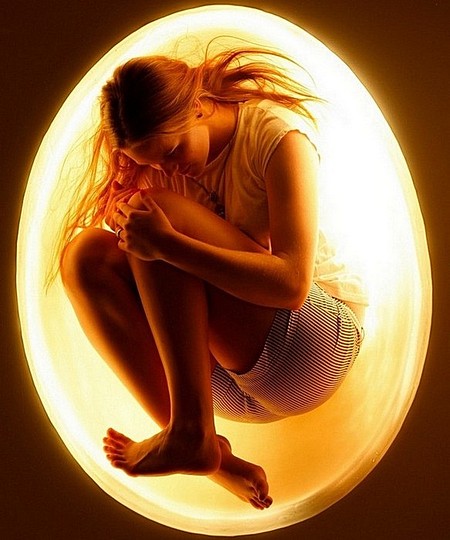