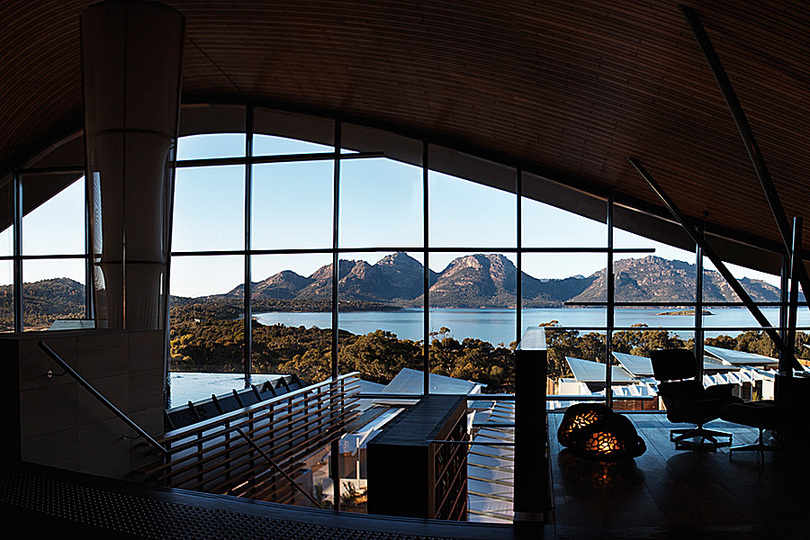 The resort is also organic in its relationship to the site. Its form evokes memories of coastal land forms, dunes, waves or sea creatures. The suites are small waves or boats, arranged on the site as if marking the tidal shoreline. The passage between the units is a metaphor for a beach, the suites moored like small craft run up onto the sand. Each suite is enclosing and private, yet opens to an individually personalised view of the Hazards.

From its inception, Saffire was imagined as an iconic project to redefine tourism in Tasmania. The original brief was for a much larger development of 150 rooms, but this was rethought by Federal and eventually became a far smaller scale, more intimate resort; a decision with which we were in total agreement. 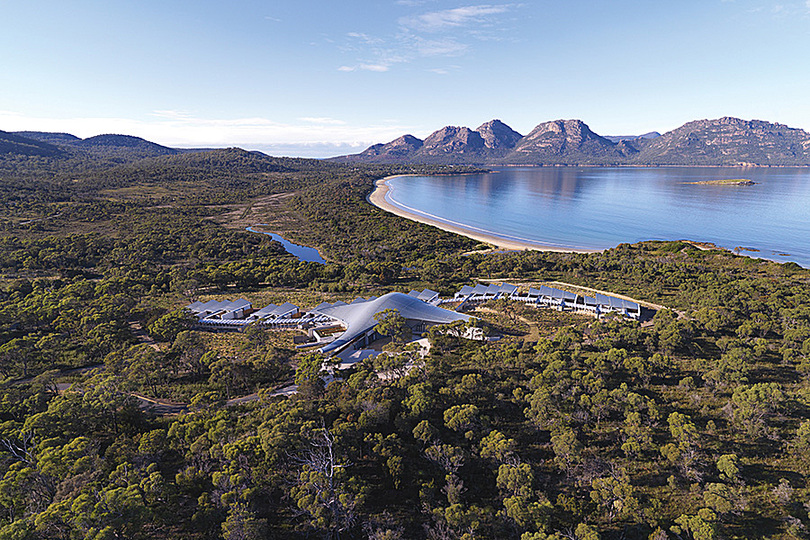 The location was scarred from its previous use as a disused caravan park so the project became as much about repairing the site and interpreting its unique qualities as it was about creating a space from which it could be experienced. With this in mind, we shaped the main building as the end point in a journey, in which views of the Hazards are shielded and revealed and finally presented as a destination which is a panoramic overview of the Hazards and their context. 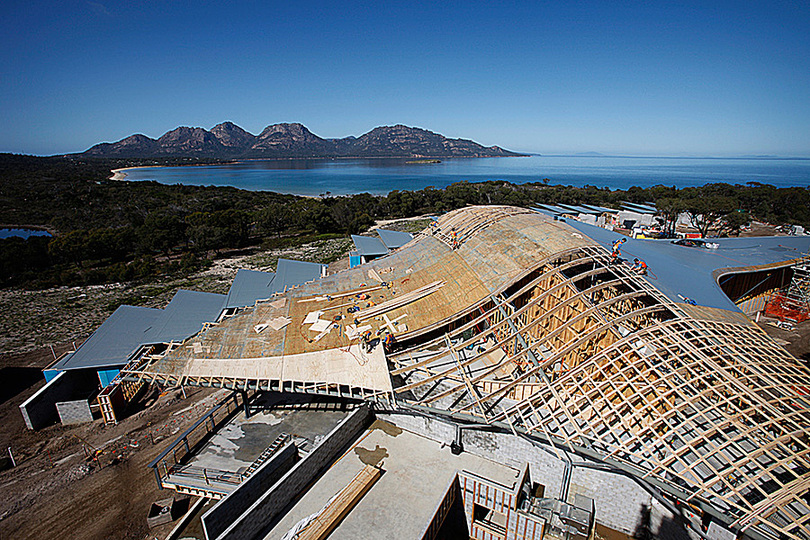 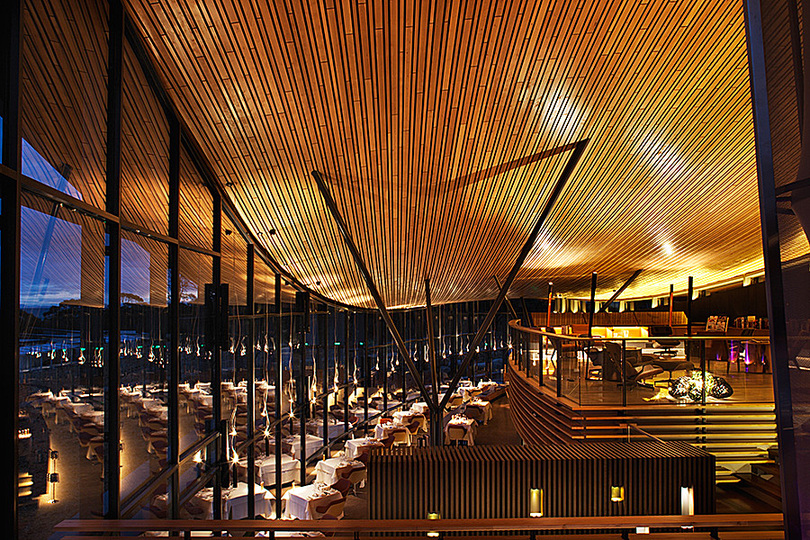 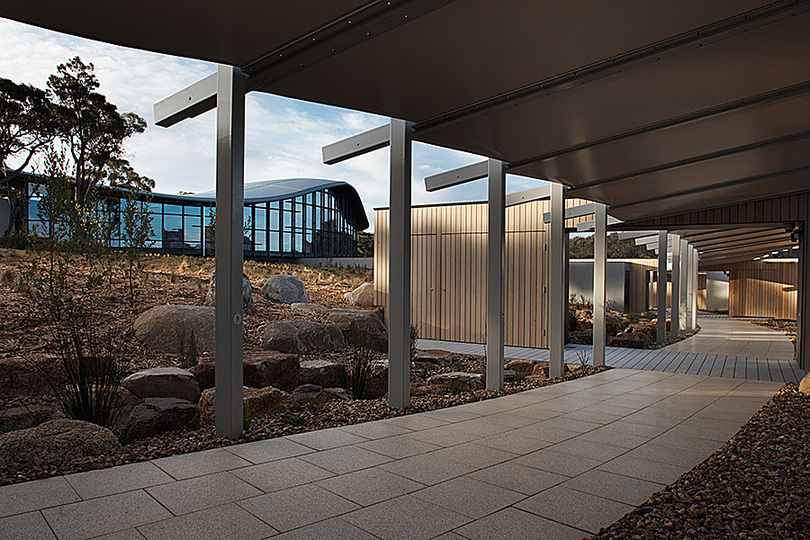 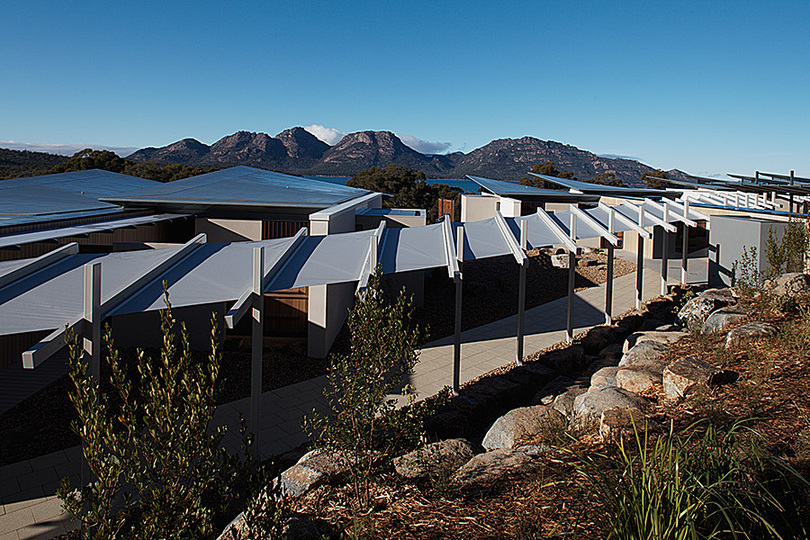 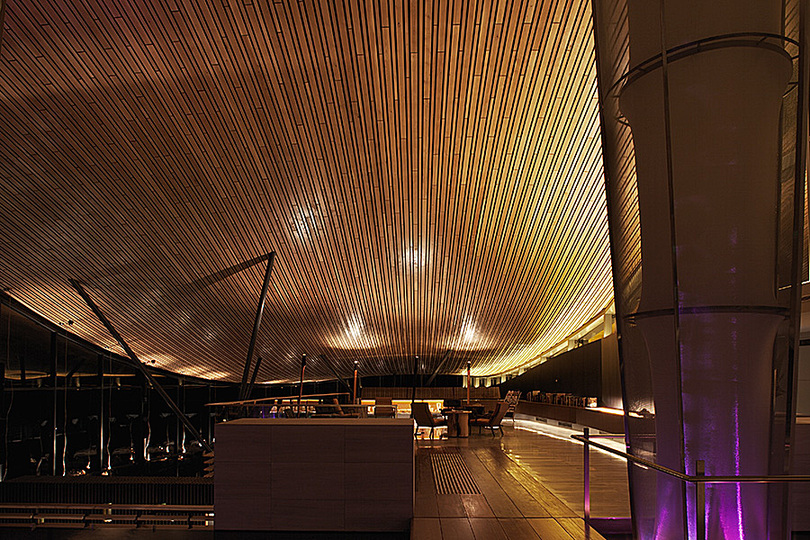 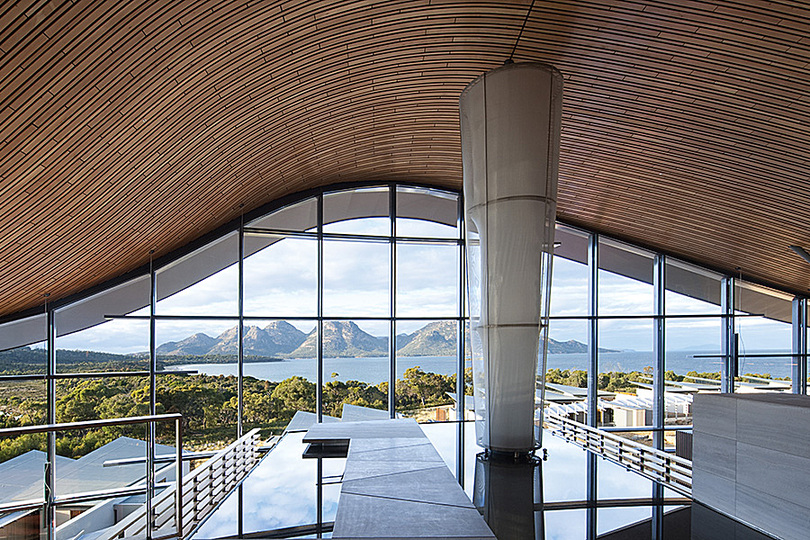 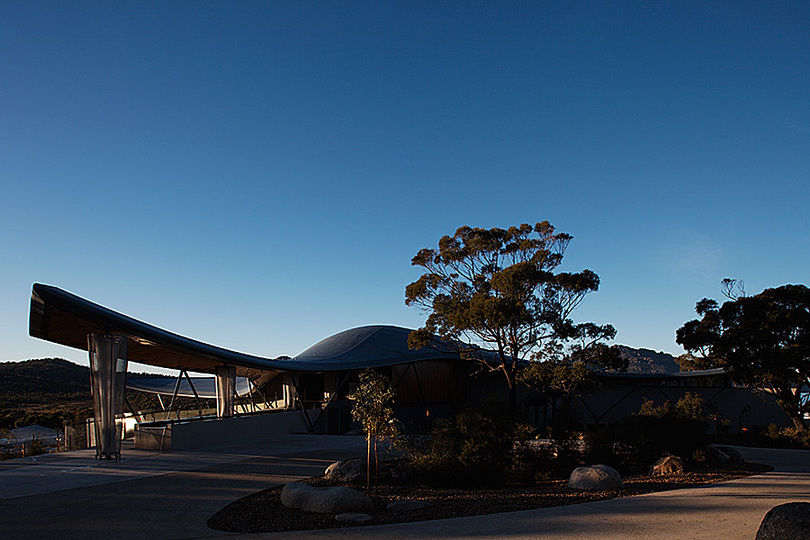 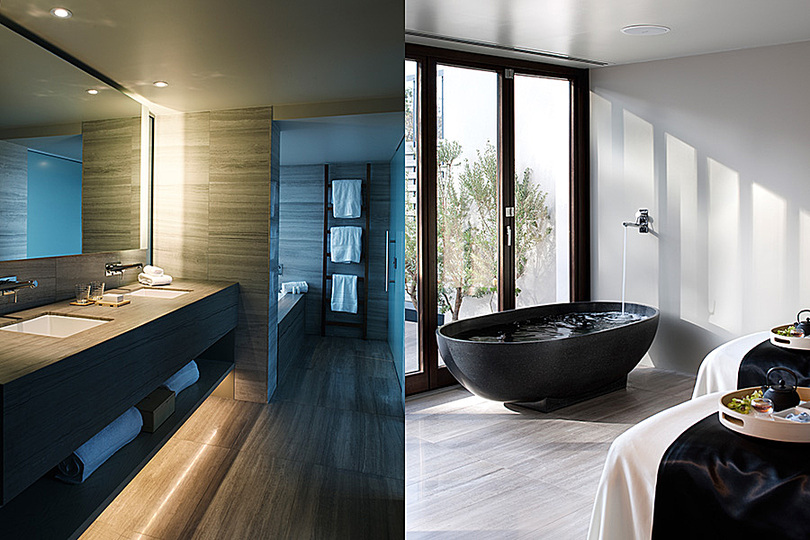 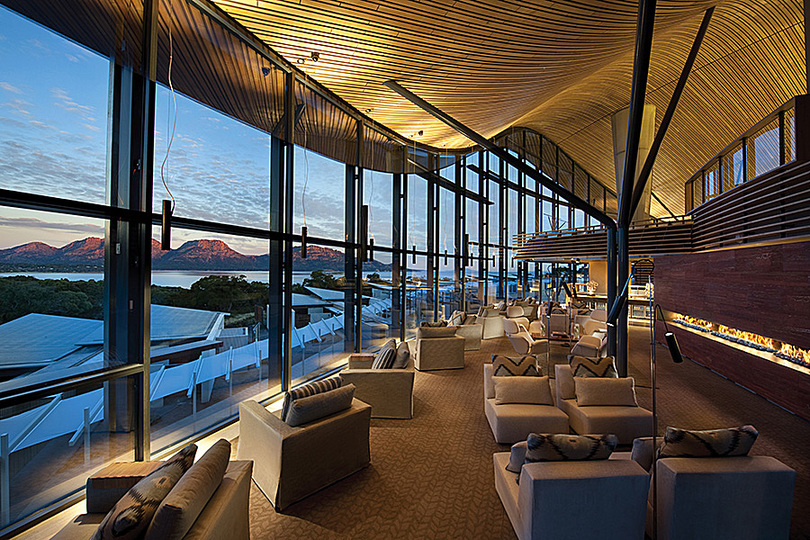 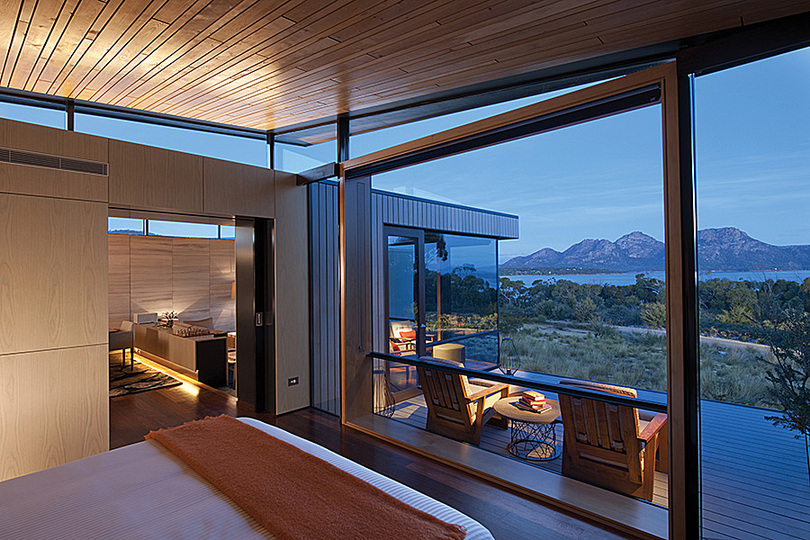 The Henry Jones Art Hotel is one of a handful of dedicated art hotels throughout the world. The genesis of the hotel began with our winning a selection process to recycle Hobart’s oldest waterfront warehouses. We advocated blending the architectural and warehouse/factory elements with contemporary design and art to create a new five star hotel and associated retail tenancies. The inter-relationship of the historic and the dramatically new in this project has forged a unique union, setting the scene for a creative partnership with artists and us as architects. 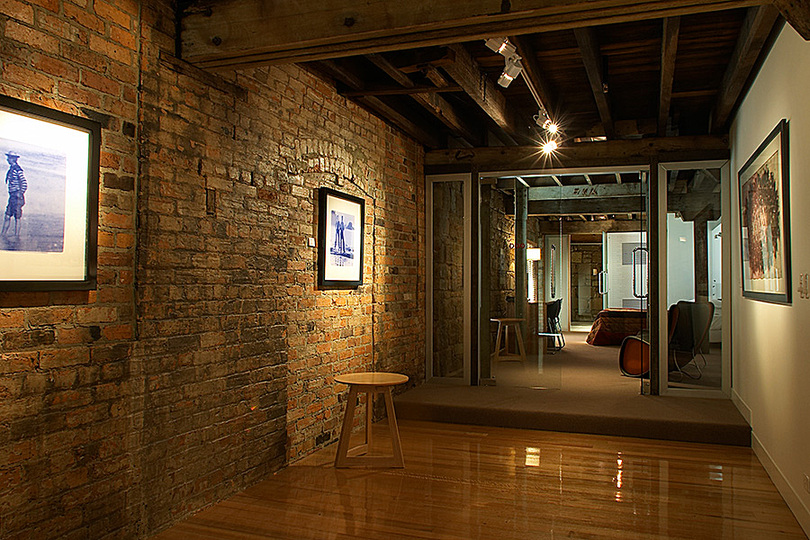 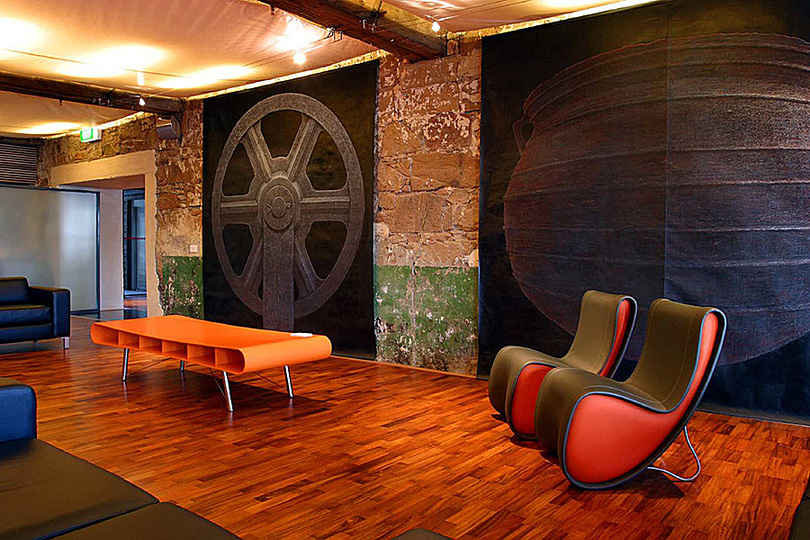 Art and design have been incorporated into the very fabric of the Hotel, as well as furniture and works on walls. The Hotel has already attracted avid art-lovers from all corners of the globe, and acclaim from some of the world's leading newspapers and travel journals. 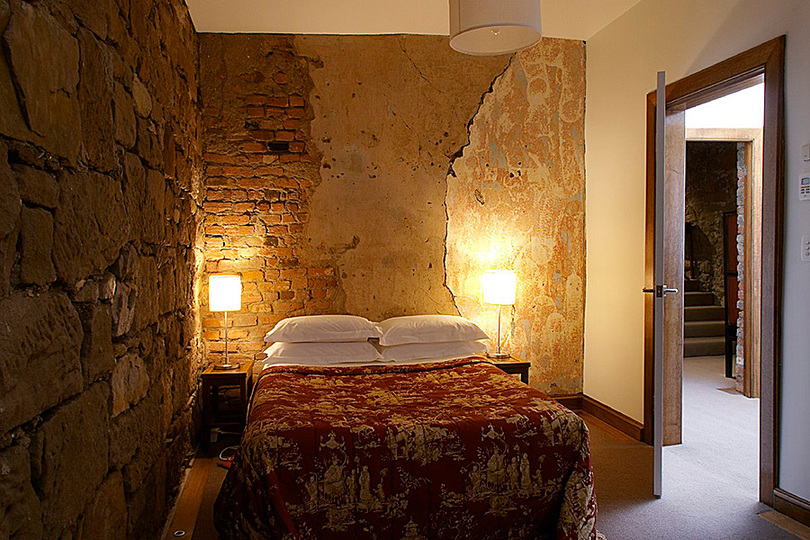 Despite two decades of neglect, the Hunter Street site and its buildings were rich with the remnants of past industry and development. The materials from which the buildings were constructed were left intact, with all their wear and tear, and new contrasting elegant insertions were added and we orchestrated the involvement of a diverse group of artists to assist in realizing our collective vision.