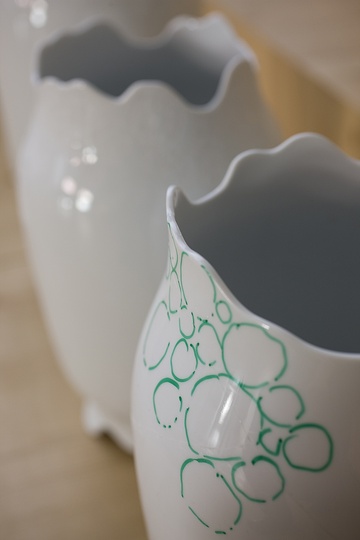 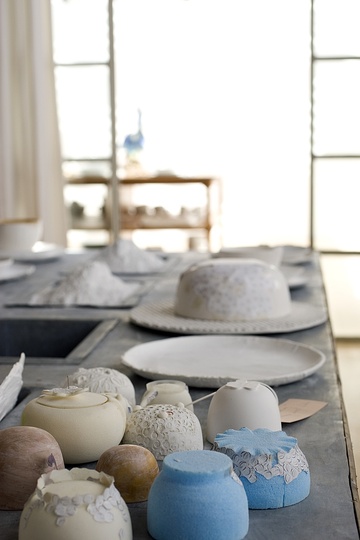 Patricia Urquiola is among the most significant representatives of international contemporary design. Born in 1961 in Oviedo (Spain), she studied Architecture in Madrid and later in Milan under industrial designer Achille Castiglioni. Today the multi-award winning designer lives in Milan, where she has run her own studio for product design, architecture, installation and concept creation since 2001. / Stryform and gypsum model using shellac lacquered with docorative patterns, 2005-2008 Photo: Sandro Paderni. 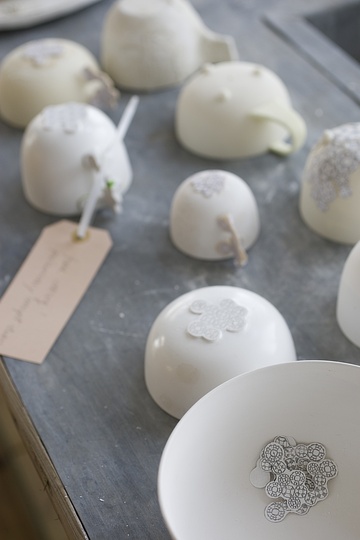 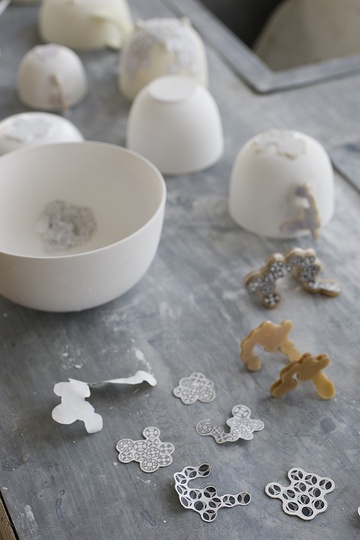 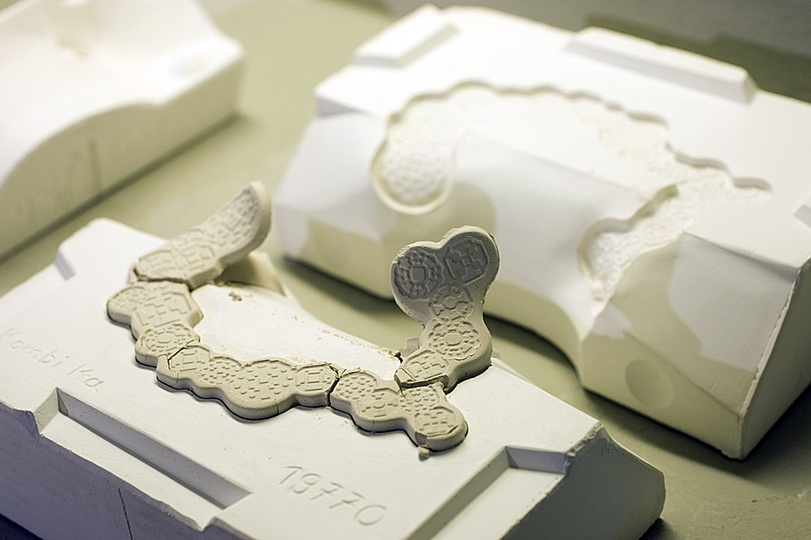 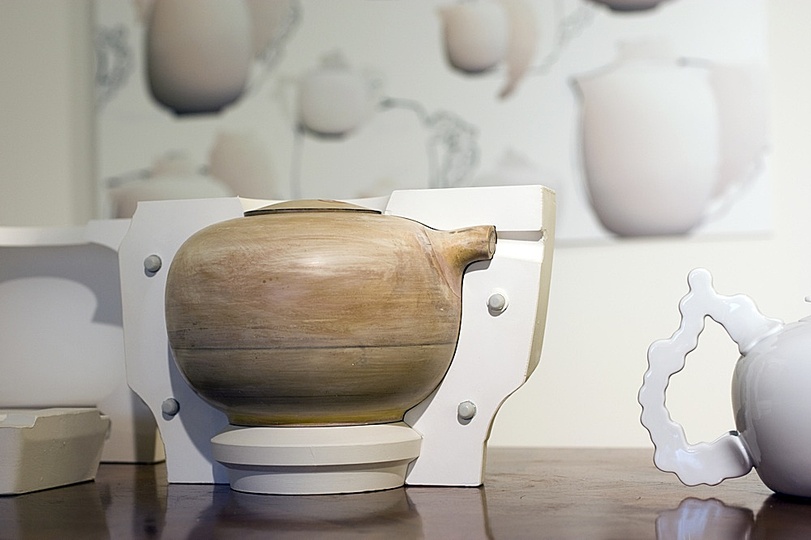 Casting form made from shellack for tea pots. 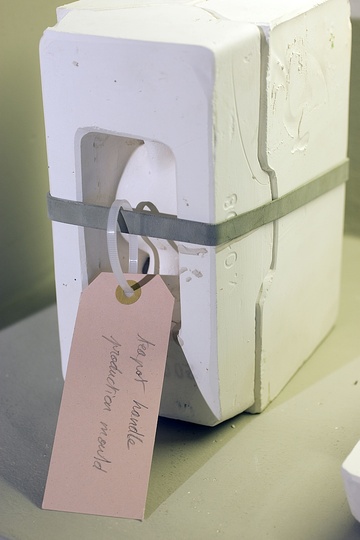 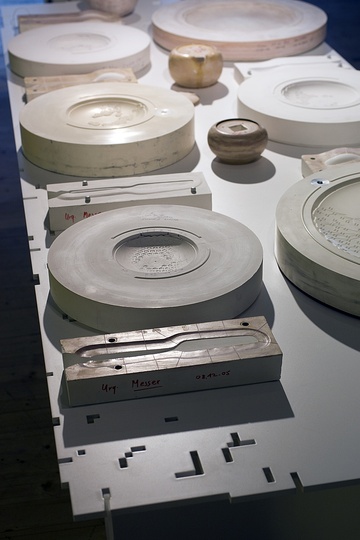 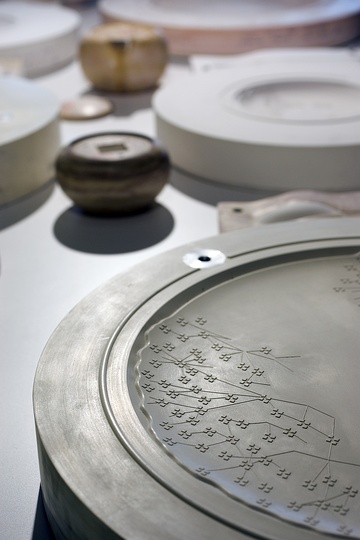 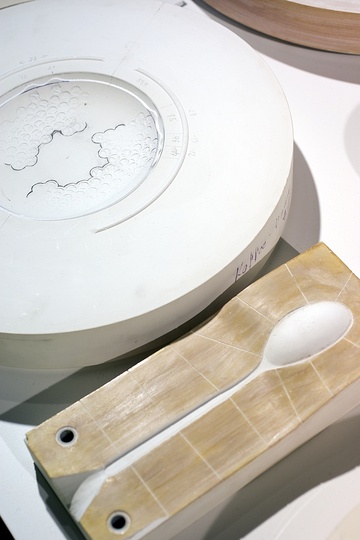 Casting and embossing forms for plates and cutlery. 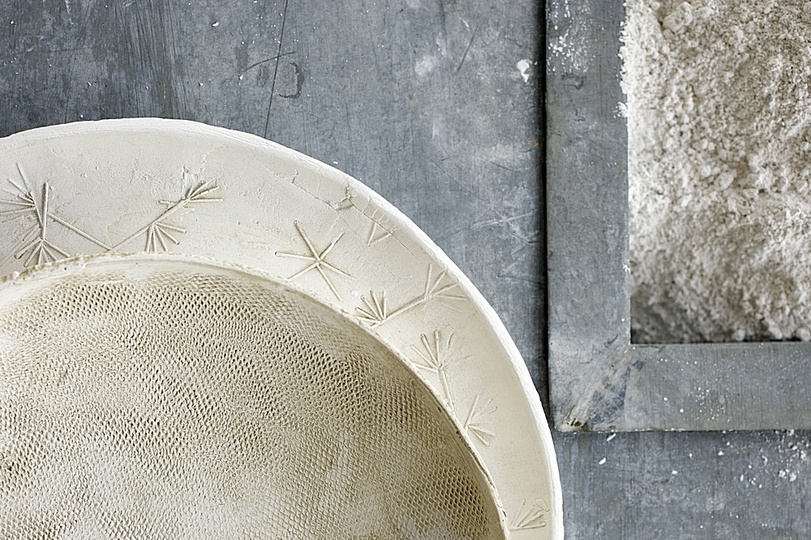 Plate models made from gypsum. 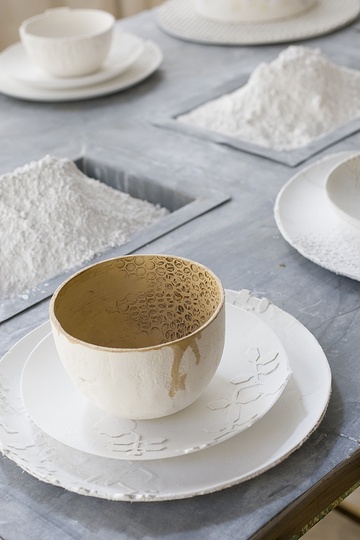 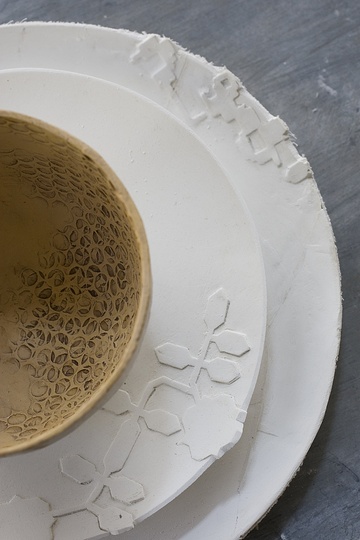 Surface details. The development of Landscape (2008) took a total of two years. It is characterized by three-dimensional reliefs, which on the one hand lend the porcelain a delicate, translucent look reminiscent of the famous paragon of Chinese rice grain porcelain, while on the other the decoration calls to mind open lacework such as traditional Italian and Spanish craft workers have been making for centuries. 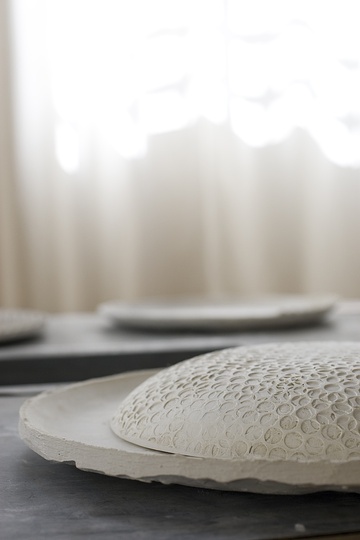 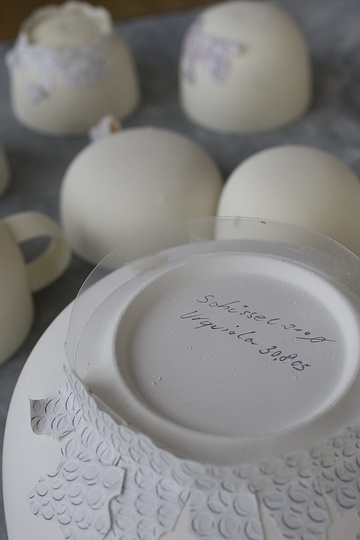 Bowls and plates models made from gypsum.

Trial sketches on porcelains with a marker.