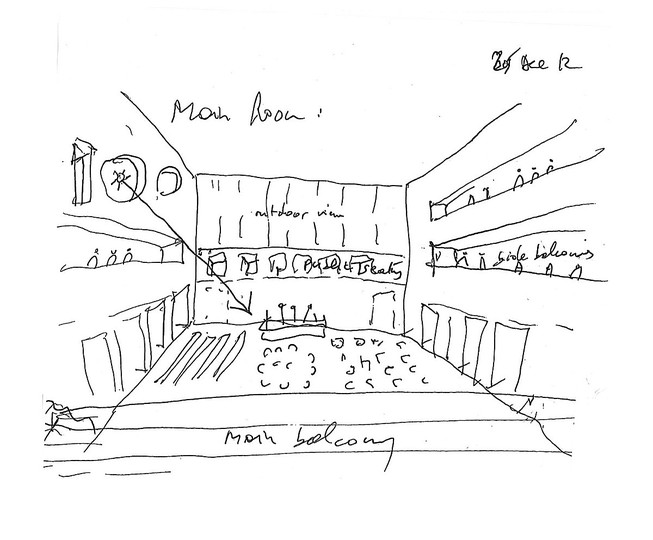 & collect
Commissioned by the Fondazione Cassa di Risparmio di Ascoli Piceno and by the Municipality of Grottammare, Anima Cultural Center is meant to generate stronger ties between the people and the territory, as well as to associate its image to the most diverse manifestations of culture in the form of a public center. The project, whose completion is scheduled for 2016, is a future point of reference, a generator of ideas in the area, both in the sense of a physical built structure but also figuratively inherent in its creative potential. Placed at the fringes of the urban fabric, between the sea and hills that characterize the landscape, the building is clearly visible and immediately accessible from the Adriatic highway. The spatial design is characterized by an exceptional flexibility, floor areas, structural systems, and vertical movement (stairs, elevators) organized in such a way that changing demands can be accommodated.
share Anima
g t l v w f
penccil.com/gallery.php?show=6310 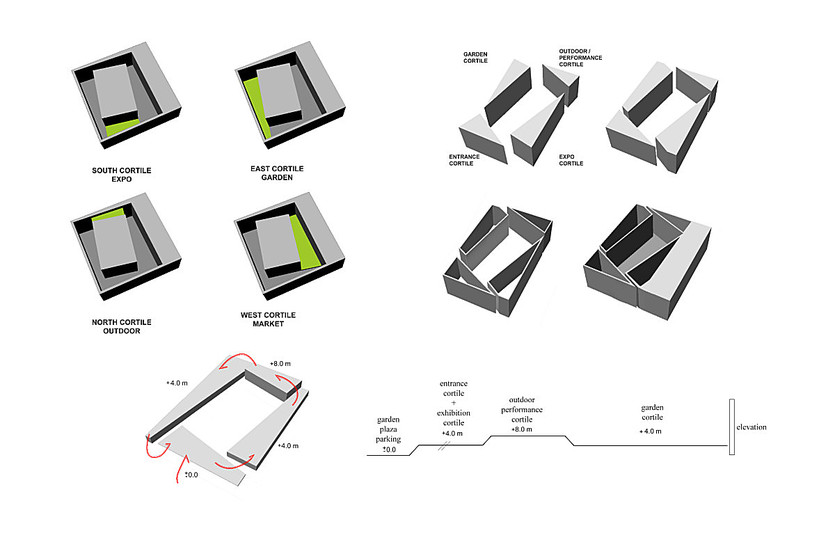 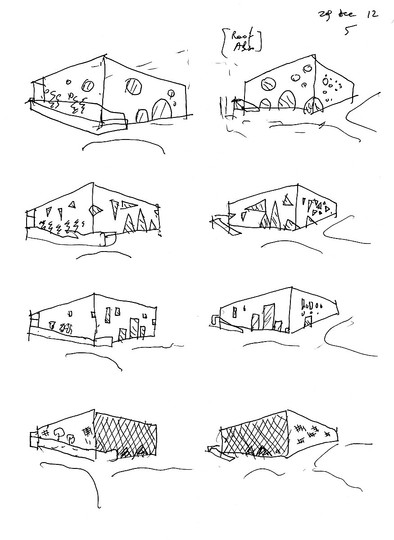 Could one design a facade without resorting to formal composition? Could one design a facade that would be neither abstract nor figurative, but formless, so to speak? Our motivation in raising these questions was both economic and cultural: At a time of economic crisis, to indulge in formal geometries made out of complex volumetric curves did not seem a responsible option. The time of “Iconism” seemed to be over, together with the arbitrary sculptural shapes of the recent past, often done without consideration for context, content, or budget. Bernard Tschumi The aim of ANIMA is to host the various forms of local culture that find expression through artistic, gastronomic and environmental means. The objective is to promote the encounter, interaction, and exchange through widespread activities: shows, exhibitions, conferences and workshops that describe the existing territory and envision its possibilities for the future. The project is thus configured as a dynamic space, in constant evolution, that will in essence never lack cultural significance, its temperament as mutable as the expressions that will find home in its interior. A point of excellence which will help generate activities, ANIMA will encourage community groups and foster local productivity, thus becoming an urban generator for the development of the area. A center of excellence and creativity of local resources is born. 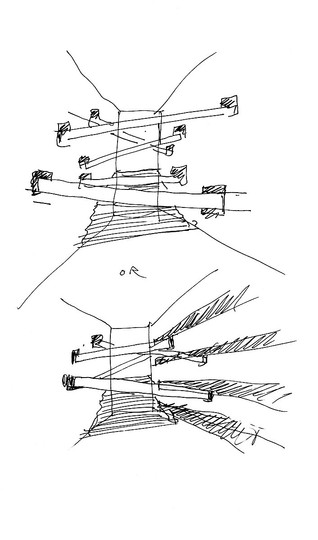 The surface area on which the building stands coincides with that of the small medieval center of Grottammare, which is little over 7,000 square meters. The project recalls the historic heart of the city not only in its size; it also refers to the concept of urbs. On the outside ANIMA is presented as one single entity with a strong presence; a compact body, a perfect square that in some ways alludes to the notion of enclosure and protection. However, at the same time, it conveys the image of an architectural space in a constant state of becoming. A reflection on the definition of facade is in fact what brought Bernard Tschumi to create an informal solution for the grand vertical surfaces that enclose the building. These walls find the strongest expression on the southern side where the building’s interior spaces are accessed. Seen from the outside, the volume is understood as a recognizable artifact that exists in light of the resources in the vicinity and finds resolution as a highly permeable and contextually receptive building. 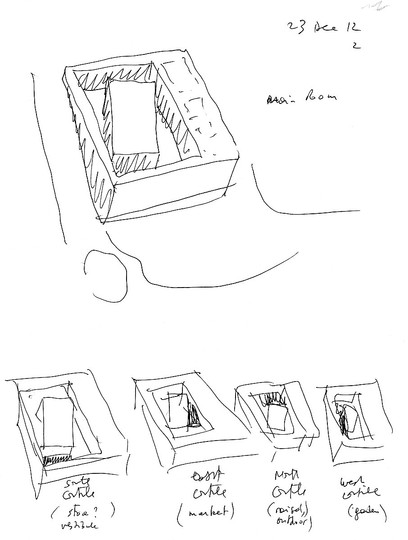 Upon entering the quadrangular body, the visitor finds himself in a space partly broken up: meaning it is understood as both interior and exterior. The complexity of the space is determined by the rotation of a large rectangular volume that occupies the center of the building and contains the main room with 1,500 seats, which are configured according to the varying capacity requirements. The rotation of the volume creates four large courtyards, the main room thus faces and can open up to, creating in the end a series of fluid and dynamic pathways, traversed by either the eye or the visitor.

An articulate system of ramps permits movement, creating perspectives at varying heights each of which illustrates the new ways in which the space may be understood. Adjacent to the main hall, connected by a multiplicity of pathways, a series of laboratories, offices, the cafe and ancillary spaces that compose the rest of the building.