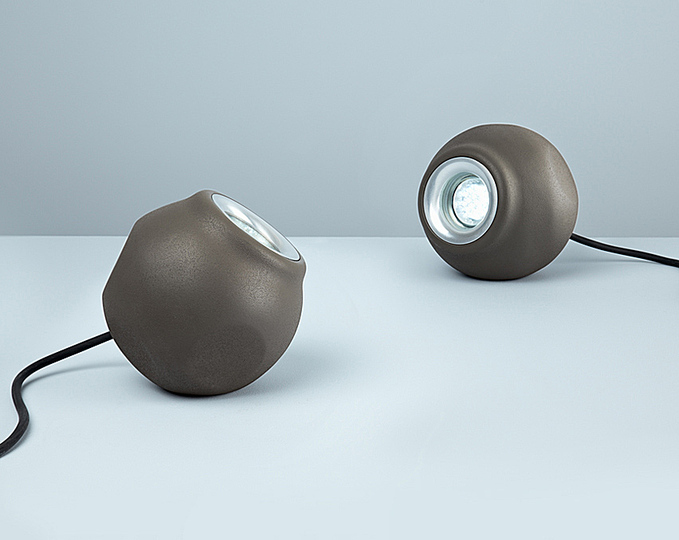 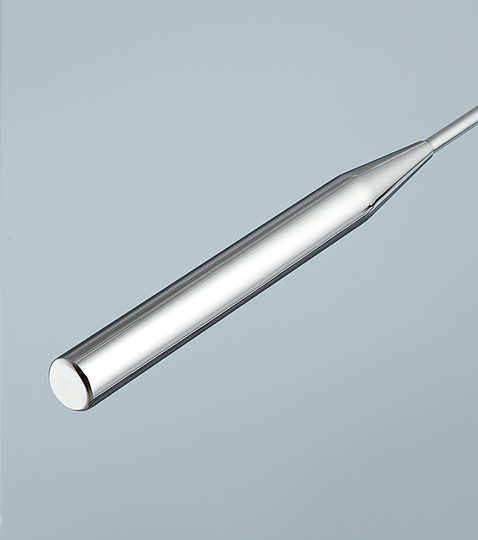 ‘Poise’ is a counterweighted candlestick designed to balance over a shelf or table edge. A contemporary twist on a traditional object. Poise was originally prototyped and then auctioned by Elle Decoration Magazine for the charity Shelter and later produced as a limited edition of 200 and exhibited in Acqua di Parma’s ‘Scentsation’ show during the Salone del Mobile in Milan 2004. Crafts development agency, Craftspace, commission Two Create to design and manufacture bespoke furnishings for the Teenage Cancer Trust’s Young Person’s Unit in the Queen Elizabeth Hospital, Birmingham. In order to introduce an element of nature into a ward where plants are prohibited, Two Create designed and installed a copper and steel mobile referencing the branches of a cherry tree. The mobile creates both reflected light and shade, creating a feeling of being outdoors. Small colourful ‘Root’ console tables, able to be moved by patients with drips, were also designed to make the rooms more practical for the patients to use and a modular sofa system with undulating memory foam cushions provided patients with a soft landscape to lounge on whilst watching films projected on the ceiling. 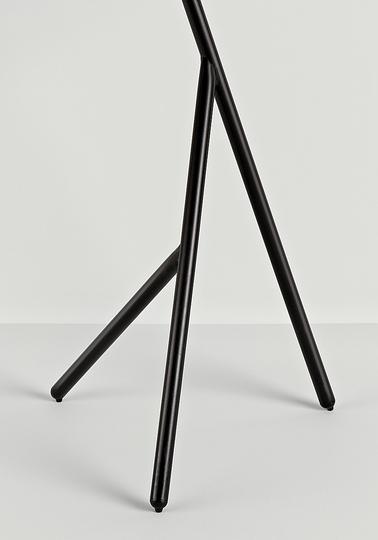 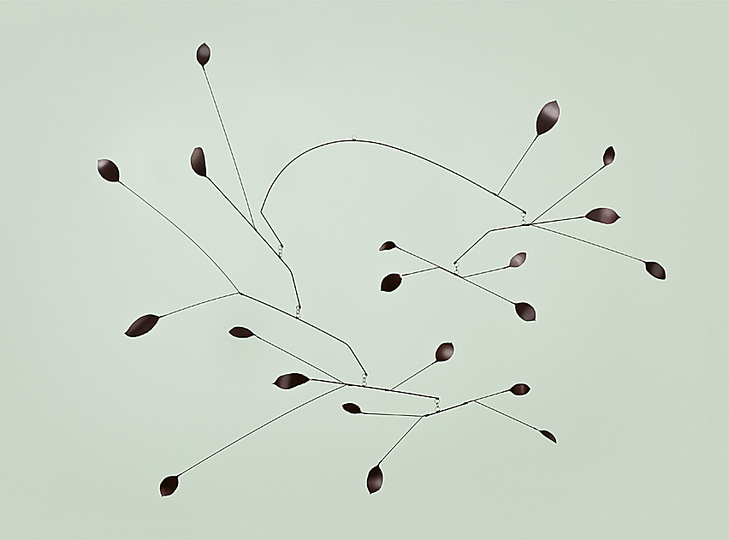 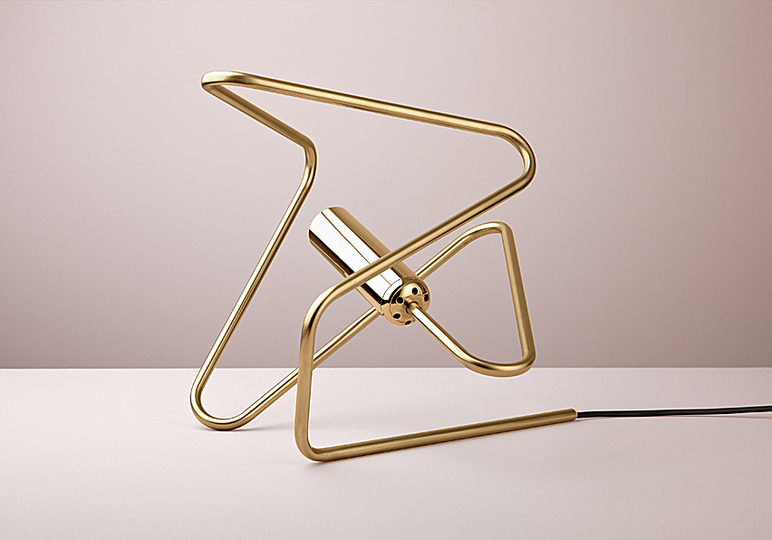 Two Create launch limited edition polished brass Frame lights at Liberty department store’s ‘Best of British’ show during the London Design Festival 2006. 'Frame' is a computer bent table light that can be positioned from a downlighter to an uplighter in 8 different configurations using the elbows created by the bends. Frame was originally produced in polished steel by Two Create and shortlisted for an Oxo Peugeot Design Awards in 2003. 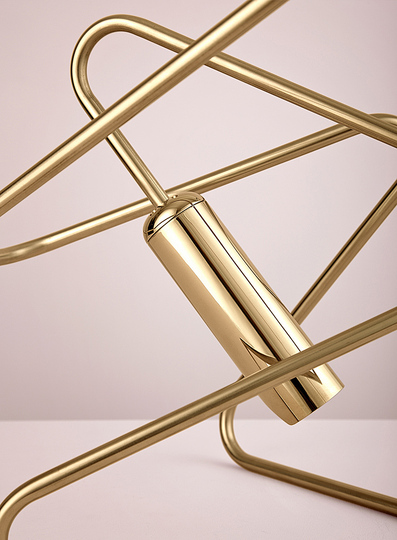 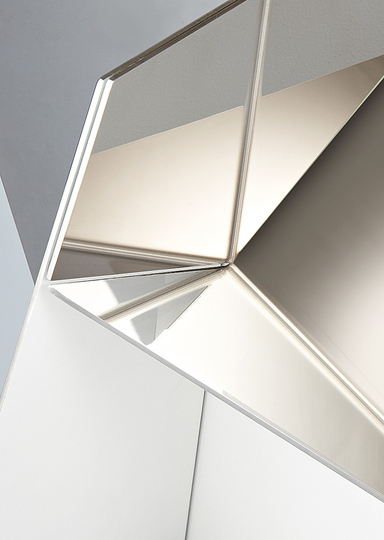 For the Design UK II journal Two Create designed a set of 3 mirrors entitled Polished Concept. The mirrors were designed with 4 folds, locking the structure with the last. The resulting form can be angled on either of the 4 faces creating various viewing angles. The stainless steel was provided by Avesta Polarit with an experimental high frequency polished finish. The finish is so highly polished it is comparable to glass mirror. Extract from Max Fraser’s Design UK II Journal, published by Conran Octopus. “The appeal of these designers is their ability to redefine function with the invention of new forms, while considering realistic production capabilities and commercial implications. Their designs have a quirky appeal and beauty that suits a gallery environment as well as an interior setting.” “Two Create's collection deals with the manipulation of flat sheet and rod material into tantalizing three-dimensional objects. This approach isn't new but somehow the duo manage to strike new ground with it every time. Learning the harsh realities of trying to succeed as designers in the UK, Two Create are determined to infiltrate the industry at varying levels: by working on their own collections and those for other manufacturers, trend prediction, consultancy work, material development, and interior and graphic work.” 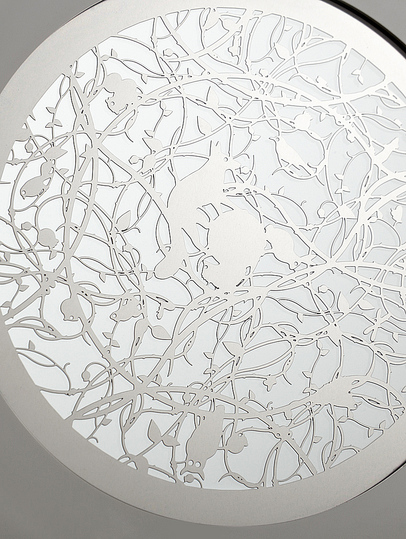 Crafts development agency, Craftspace, commissioned Two Create to design graphic elements and interiors for the Teenage Cancer Trust’s Young Person’s Unit in the Queen Elizabeth Hospital, Birmingham. Two Create themed the design on a walk in the British countryside after patients complained of the environment feeling sterile. A tessellating bramble pattern was produced to decorate walls and a chemically etched light stencil with 9 hidden creatures designed to project onto the ceiling. The theme was continued across flyers and other literature. 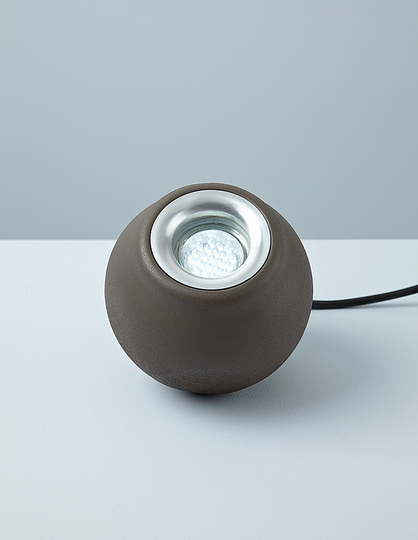 Habitat commissioned Two Create to design an outdoor floor lamp that was functional, weather resistant and energy efficient. The Moss lamp was designed to be cast in solid concrete with a corrosion resistant, brushed aluminium housing achieving an IP65 rating. The design also features a white LED cluster and was retailed by Habitat nationwide from Spring 2006.